Way of the Sword (Mizuko,Daemon) 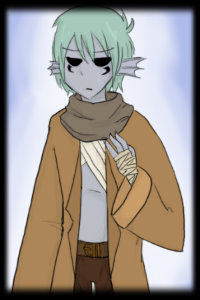 Way of the Sword (Mizuko,Daemon)

The Danger room's training area, this room is a holographic room where members of Nox Animus can train against holographic enemies, run various simulations, or even simply set up a scenario for relaxation. Mizuko only had one goal in mind, to perfect his skills in the way of the sword. His sword Masamune a 6 foot long katana has saved his life on more than one occasion. Problem was he had no knowledge on how to even use it very well. Over the past few years he's tried fighting with it but all he could manage to do was swing it around like an amateur. Using the system that runs the holographic room, Mizuko setup a training simulation to which he was been practicing for the past few months least 2 to 3 hours a day. But self training has its limitations as Mizuko will soon learn.

The Holographic room lit up and various light combinations began to form until a small town surrounded him. The town looked like one of those old medieval villages. It was burning to the ground around him and thanks to the magic system of the holographic room Mizuko could feel the flames heat on his skin as if he was really there. Mizuko wasn't alone, three strangers walked into view who looked like bandits. One was sporting a heavy two-handed sword, another was wielding a two short swords while the one in the middle was holding a regular one-handed sword. Mizuko withdrew his blade and aimed it straight at them holding it with both hands up by his head. The two bandits with the heavy sword and twin swords charges forth to which Mizuko dashed to the side to avoid there charge and using his blades long reach to his advantage swung at them but the one with the heavy blade blocked it easily while the one with the twin swords charged.

Daemon walked into the danger room as the simulation was about to start again. As the computer began the simulation the two swordsmen were sent into a typical edolas styled garden with several large cherry blossom tree. The three bandits from the advanced basic settings of combat training were raiding the small house near the edge of the garden.

Daemon was for the better since of the word confused as to why he was here, until he turned his head to see his friend Mizuko training with his sword masamune. In a instant of seeing the blade Daemon recalled why he was here. Mizuko wanted Daemon's help in mastering the art of the blade. Daemon had brought his father's sword muramasa while his father was the only one who draw out the blade's full power at the time being. Since he was his father's son he was trained vigorously with multiple weapons yet his specialty was the katana. "Mizuko if your going to wield a sword you need to sharpen your mind as well as your blade also it is important to pick your..." Daemon sighed as he closed his eyes and stepped to the right dodging the first bandits massive zweilhandle. Daemon turned slight and crouched back a bit and with one fluid motion he quickly pulls his sword from the blade and slashed the blade's handle right above the guard causing the poor fool to fall forward onto the ground right before Daemon stabbed right through the back of the bandit's neck. battles.The bandit let out a gargled noise as he choked on his own blood and died before vanishing . Daemon calmly flicked the blood off his blade as the twin blade wielder rushed at Daemon aiming to stab Daemon through both of his sides.
_____________________________________________________________________________________

Mizuko merely grunted at Daemons words of advice. "I was doing fine..." Mizuko lied. "Against my better judgment I ask you to help me out with this so can we just get started." He snarled. Mizuko has always been protected ever sense he was young from the world and himself. He's always hated that he needed to be saved and thought by coming to this land he could hold his own by himself and prove to himself he can stand on his own two feet. It had to have been hard for him to throw away his pride and finally asked for assistance. While Mizuko was trying to mend what was left of his pride he noticed the twin blade swordsman charging after Daemon. Thinking quickly Mizuko charges forth and stepped in the way and clashed with the bandit. Using this swords power he took a safe position and phased his blade threw the bandits swords and cut off the lowlifes head. "One of these days I'll be able to fight without resorting to the blades power." He thought to himself.
_____________________________________________________________________________________

Daemon smiled as the final bandit rushed at the two of them, It's Ai was planning on decapitating them with a single swing of his blade. Daemon ducked under the bandit's blade before taking hold of his blade before lifting his blade just in front of the fools face. As the bandit continued to move forward Daemon's blade sliced through the man's skull and body. ( While this is nearly impossible but given the powerful skills of our character's the impossible is possible. we can also assume the bandit was moving as fast as he could.) Daemon stood up as the simulation slowly ended. Daemon turned and smiled at Mizu. that's a very good blade man where did you get it ?" Daemon asked while slowly flicking the blood and gore from his blade before returning the it to it's sheath. Computer run simulation number 0452." As Daemon said that phrase the computer quickly began to run Daemon's secret training program. Unlike the basic training that made the combatants face common bandits and thugs Daemon's program caused the user to face a slew of swordsmen and several large mountain lions.

Mizuko looked around the landscape staying vigilant of his surroundings looking for any hint of an enemy presence. He took in a deep breath and let out a big sigh. "This type of fighting is so boring..." He thought to himself. He could remember the days back in his youth when he was with his demon trainer. There was a few months of a similar type of training session Mizuko had gone threw before but never perfected. His demon trainer would tie a blind fold over his eyes and tell told him never to remove it and survive for a month without taking it off. This shouldn't be to much different than that.

Daemon simply leaned against a virtual tree trunk  holding a book from his father's personal collection on basic sword techniques for those with heightened senses. Chapter 10: Using one's mind's eye to detect and anticipate an enemies attack strategy. To begin a warrior must first be able to focus all of one's senses towards the battle field. While most warriors typically rely on sight and hearing in combat a true master is one whom master' both smell and sensory." Daemon continued to read his book while dodging two mountain lions  that chose to bear their virtual fangs at Daemon. At the same time of the mountain lions attacking Daemon. Mizuko was in combat against a twin blade wielder and a rouge wielding an array of knives.  The twin blade charge at Mizuko in an attempt to him preoccupied  while the Knife wielder held back and through two knives every five seconds in between the gaps of the twin blades movements.

The beasts started to close in, Mizuko could smell there scent getting stronger and there foot steps getting louder. After standing there ready for minute the beasts finally made a move. One from behind leaped forth towards Mizuko. He simply dashed about a foot to the left while spinning around with his blade hanging out dodging the beasts attack at the last second and cut it down. This of course caused the rest of the remaining beasts to begin there offence coming at him from all directions. There were so many of them running around he couldn't tell how many there were but it seamed more than he anticipated but he tried to keep calm and focus. Mizuko charges in the direction of the closest one that he could tell and thrust his sword forth. His blade hit nothing but air and as a result he kept running in that direction. The beast must have saw the attack coming and dodged it cause now he can hear all of them charging from behind. After a few more feet Mizuko came face to face with a tree hitting it hard. He didn't have time to react to the pain it caused him cause the beats were right on him. Was then he started to notice a patter in the noises they were making. Whenever they were about to attack they made a loud grunt sound. He heard 2 of them make that noise as he hit the tree and jumped to the right and heard them hit the same tree head on. Taking the opportunity Mizuko thrust his sword at the beats this time he hit something and it made a loud scream of pain.
_____________________________________________________________________________________

Mizuko heard Daemon land next to him and almost mistook him for another enemy if it wasn't for him talking soon afterwards. "Well this is new." He said. Before Mizuko could ask what he heard more enemies approaching. He opened his eye's to see that they were quickly getting surrounded by about twenty bandits. "This is getting fun." Said Daemon. Mizuko readied his sword for combat saying "Might be tough... If one more shows up." Mizuko figured this would be a good time to test out a sword technique he's been working on but Daemon kinda beat him to the punch by yelling "Mūn kiba sutairudākukurō !" not wanting to be left out of all the fun Mizuko starts charging magical energy through his own body and his sword trying to get the feel for his weapon being an extension of his own body. "Ocean Demon Sword Art..." Mizuko dashed forward opposite of Daemon at a rapid speed and cut through 4 enemies. "Dance of the Ocean Demon!" Sad part was that non of the enemies he cut went down for long. The first for slashes of his sword worked out fine but his last attack should have had more of a kick to it than the other four and not to mention the fact that his sword should have been imputed with the element of the Ocean like he is. "Damn still needs work."
_____________________________________________________________________________________