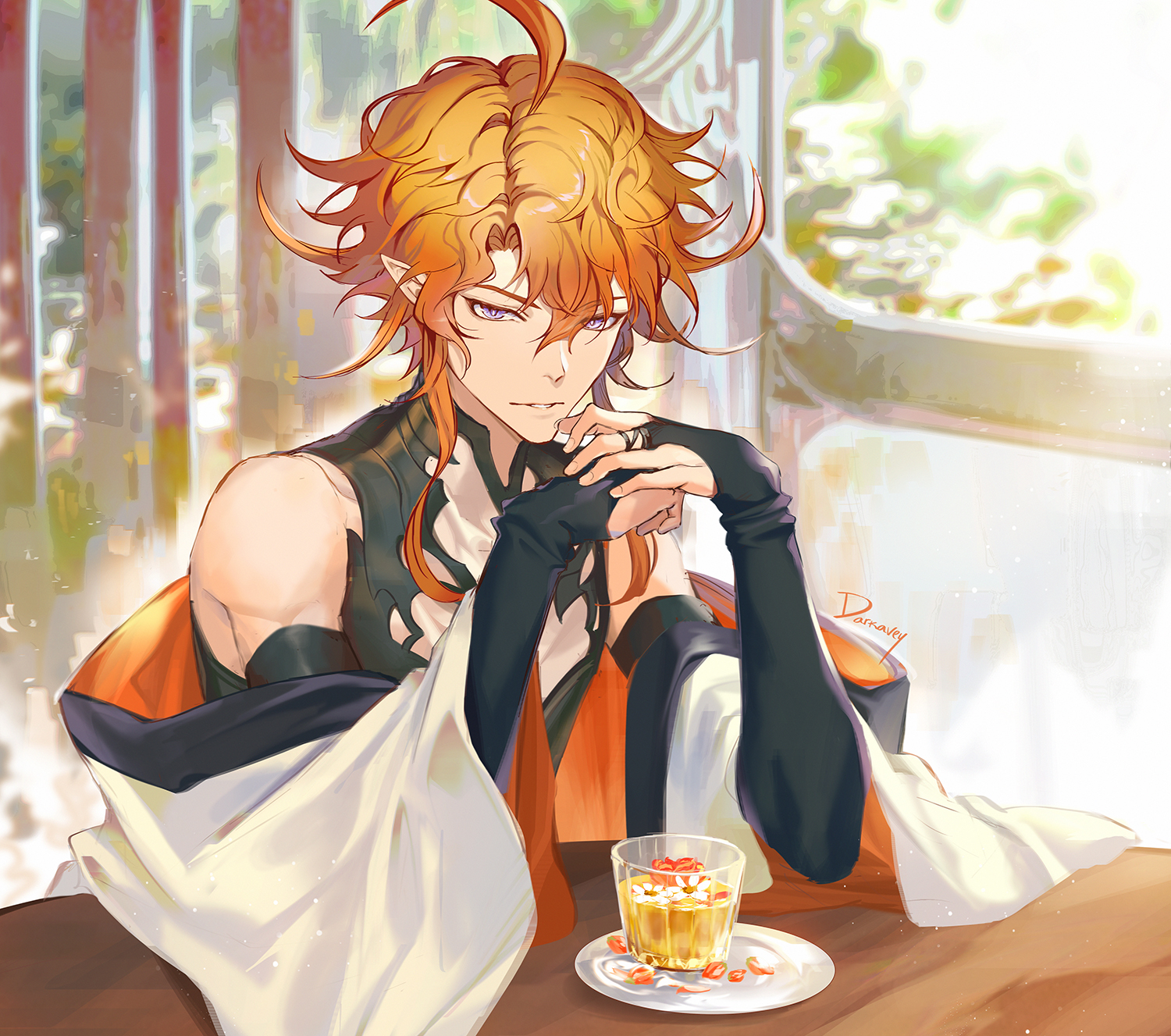 🜂Seth grumbled, he was high in the skies, about 100 miles out of oak town. Souring between clouds and inspecting the farm land below. He knew for a fact he was high enough that anyone below would mistake him as a bird of some sort.

He inspected the ground, more specifically a barn. So far he could count four barn hands standing guard, two in the front, two in the back.

When he heard there was a job out to burn some extra wheat goods, great fire starters too, he instantly jumped on it. Little did he know there would be several barnhands there to ‘protect’ said fire starter.

Knowing he needed to find out if there were more than the four, he took a long descent to the woods a bit aways from the farm itself, landing, his wings turned to ash. Walking casually to the edge of the forest he looked back at the farm. He saw only two figures this time next to the barn the front of the barn was facing him. Though as he glanced out into the field he saw about three workers bent over the farmland, getting some last light chores done. Glancing at the sky he gauged he had about 2 hours before dark.

“I could pass as a farmer's hand, but that would mean going in without my weapons.” He mumbled under his breath to him. As he thought he decided to catch a farm hand and switch clothing. It would be the best plan as it would allow him to have the effect of surprise on his hand. It was unlikely that the Barn hands would see a farmboy as a threat.

Walking along the forest line, about 3 feet under cover he soon spotted the closest farm hand, no one around with him. Loudly he started shouting, “Help! I need help! Hurry quickly!” Just as he thought the farmhand came running. Seth quickly made his way a bit deeper into the forest before the farmhand finally found him stepping through the underbrush, which retreated from his hot footsteps.

The boy didn’t even have time to cry out for help before Seth had cracked his hand against his neck, effectively knocking the boy out. Seth smiled as he looked at the boy. He was a large one so gratefully his clothing would fit. Seth, despite his strength, had a small body structure, so it would fit well enough. Situated in the boys belt was a small pocket knife. “It's better than nothing.” He thought to himself. He quickly pulled the boys clothes off and put them on as well as taking his knife. Leaving the boy in only his loin clothes, Seth picked up some mud and smeared it on the boy, covering the forming bruise on his neck. Putting his arms under the unconscious boys armpits, Seth picked him up and started dragging the boy towards the barn house. As soon as he thought he was in range of the barnhands he started yelling for help again. By now he’d forced himself to break into a sweat, even though he never did due to his body being resistant to any form of heat, or overheating.

The two barn hands in the front rushed to come take the boy from Seth's hands. “What happened?” The biggest guy asked, he was about 3-4 inches taller than Seth's frame, had brown hair that was graying, and a strong jawline. The other was the same height as Seth and looked about 10 years younger than the other man.

“I don’t know we were just working, he split off to do his business, I heard shouting and I found him in the mud, undressed and unconscious!” Seth said, sounding out of breath on purpose to get the act across.

The barnhand nodded. They dragged the young man into the barn, Seth on their heels. Inside, three other farm hands had rushed to the side of the unconscious man. “Sit here man.” The bigger barn hand indicated to a stool. He then handed Seth a wet cloth Seth put to his forehead, despite hating every moment of feeling the wet rag.

Seth took the opportunity to look around the room he spotted three other men, peeking from where they were stationed seeing if they needed to help. The Wheat looked to be stored in various barrels and bins, all of which were lined up on the walls.

“He’s waking up!” Seths head jerked up as one of the men yelled out. This farm boy had some good recovery time.


He took a deep breath and closed his eyes, his senses expanding, he now could feel every flame within 100 feet. The small flickers of flame from the lights, the slow burn of a cigarette of one of the barnhands outside, and the smoldering coals in the heater at the end of the barn.

“Who did this to you?” The barnhands asked the boy. Confused as to where he was, the boy looked around, his eyes falling right on Seth and he gasped.

“Me.” Seth didn’t give the barnhands to register that he was the perpetrator of the boy. Within seconds, all the lanterns burst, the fire escaping and catching onto the wood beams of the barn. The smoldering heater burst open, now raging with fire it would normally not hold. And the small flame on the cigarette leaping off and consuming the barn hand holding it. The wet rag in his hands bursting into flames.

Seth felt alive as the flames licked up the wood and consumed it. The fire that overwhelmed the smoking barnhand, soon lept to the barnhand near him, attempting to help put out the fire. Little did they know that it was him controlling it. He soon felt their souls be consumed by his fires, only making him even stronger.

Inside, the 3 barnhands stationed elsewhere rushed to the center of the barn as the fires chased them from their place. Standing there in the middle, were 8 men and a young boy. Seth, who hadn’t moved an inch. Let the fires burn off the clothes he wore, then almost as soon as they were gone, the fire came together forming an outfit as solid as any fabric, made by the fire itself.

Standing, he walked forward, the flame unbothering to him. He emerged from the walls of flame trapping the men in the circle. “How… Unfortunate.” He chuckled menacingly.  “Unfortunate how you innocent souls were enlisted for this job…. How unfortunate… For you.”

The men looked at him with fear. One in the front, the biggest, had a pitchfork in his hand and he held it out menacingly. “Begone monster. We want nothing to do with you!”

Seth twisted his hand, forming a small fire in the shape of a dragon, and letting it play between his fingers. “Monster indeed. Some could say the son of the devil himself.” A scream could be heard coming from every side of them, petrifying and cold. It was the flames, screaming for they were too cold and starving. “You hear that? Those are the screams of the flames, starving… cold… angry… Angry, as I am keeping them from a good meal.” Seth smiled, unnerving the men. “Who am I to deny them?”

Raising the hand with the small dragon flame, a roar was heard as a dragon, formed by the flames, erupted above Seth's head, instantly rearing forward and lighting the men on fire. Seth could hear their screams and it made him smile as he listened to their misery. The biggest man, screaming and on fire, reared and tried to attack Seth. But anticipating this, Seth dodged and kicked the man into the barrels of flaming wheat, which collapsed on him. He didn’t move after that. Only two other men came after him after the big man, but they too did not last long as their skin melted off their bones and their souls succumbed to the hellish fire. Every other man had tried to desperately escape yet died on the way.

Once the last man collapsed, Seth, standing in the middle of the barn, kicked a burnt, unidentifiable body out of the way and closed his eyes, enjoying the fire around him. Before he summoned his wings. Raising them High he pushed down and with a huge blast of fire, took off, blasting a burning hole in the roof of the barn and causing flaming wreckage to fall on the wheatfields, lighting yet more fire and spreading rapidly. He did not care to bolster them or remove them. Their spirits would be free to eat anything in their way.

Smiling at the wreckage he watched as the flames burned the barn. The roof falling down onto the ground and causing another explosion effect. The smoke billowing up in the sky as the last slivers of the sun disappeared. The farmhands came rushing, many at first trying to put the fire out with water but with little to no success.

“Watch the world burn bitches.” He laughed to himself.