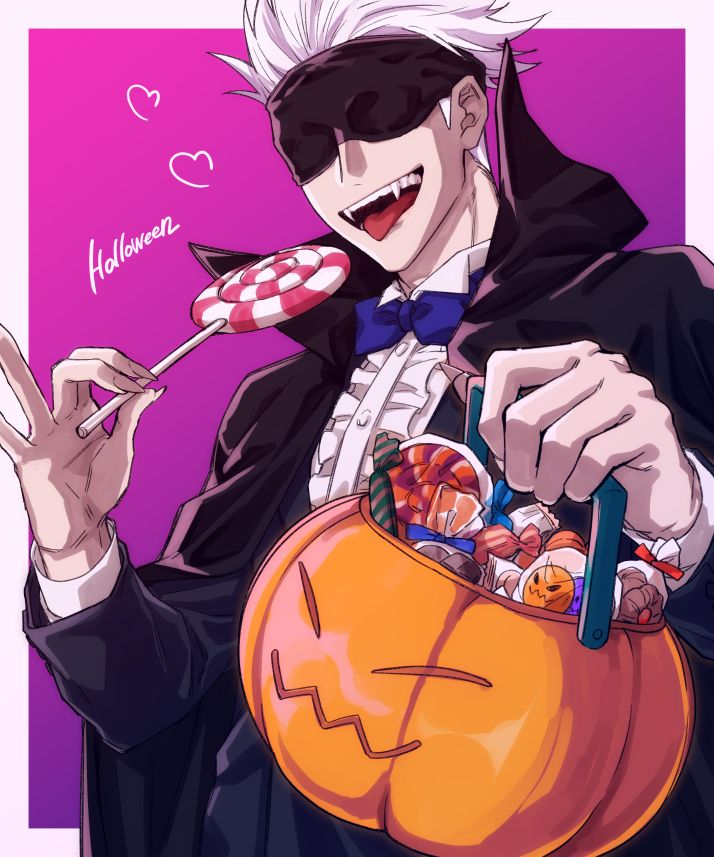 Spirit was unable to chew due to the size of the teeth. The wax vampire teeth slid down his molars and punctured his bottom lip until he couldn't take it any longer and extracted them.

"What made you do that?" Spirits' sister inquired. "No one will know who you're pretending to be."

"They hurt," he'd say as he stuffed the teeth into his candy sack bag. His lips loosened. He was relieved to get the items out. Aside from the discomfort, the frothy saliva lodged within the wax fangs slid in and out with each breath, making him feel like the rabid dog he'd seen the night before. His sister, on the other hand, was having no problems with her costume. Her cockatrice costume bordered on take-over level quality. The fact hers was so detailed and realistic made him feel less qualified as a vampire. All he did was put on a cape, lighten his skin with a body paint and put in fake teeth. It looked cool, but he was now doubting his chances of winning the current costume contest.

As the two approached the contest registration, it appeared that it was done by age group. A fleeting ray of optimism would rush over him as he realized he could possibly have a chance of winning now. That was until he realized his sister was still in his age bracket, at least for the sake of this event. With a sigh, he'd join up, hoping that the simplicity of his costume would be preferable to a cockatrise that was already attracting the attention of local Rune Knights due to its realism.

It was Spirits turn. He'd stand up on stage after putting his teeth back in. Posing he'd smile and make poses. Holding his hands up and forward he'd speak with some strange accept and profess he wanted to suck the judges blood. The judges seemed happy with his outfit and his commitment to the character. That was until his sister who was after him got up on the stage. The realism was enough to cause one of the judges to break their stoic visages to clap and approval. It was clear she was going to win and that is exactly what happened. Not only did she win, but Spirit wouldn't even place in the top three.

Even though he hadn't won it was still fun seeing everyones outfits and the smiles. Kids would stare, point, laugh and run away feigning fear as they reached their hands into baskets full of candy to fill their bags with. For participating Spirit would get a unique candy corn kernel that would be of use later should he collect three of them.

Having completed his first goal of the day it was time for the two of them to figure out what to do next. There were all kinds of other games and events going on in Magnolia Town. There was a area to go get some halloween punch, a pumpkin carving station, or they could go trick or treating down the street. As they looked around it seemed there were all kinds of other events to choose from as well. For now they would go get some punch.

The member 'Magicite' has done the following action : Dice Rolls

As the two walked up to the stand to grab some punch, they noticed a plethora of people around them being altered in various ways. One person's hair would become a frightening shade of white! Another person started to spit theirs out completely disgusted, questioning what they had put in it. The oddest was a huge guy who drank the drink, his head suddenly shrinking to a fraction of its original size and his hair growing very long. The man felt it was amusing and would rush down the street scaring all the youngsters with his new strangeness as he shouted he had a magical disease.

Spirit would hold off a moment but his sister would drink her punch and age to be about 60. She looked at her new body and then went to the nearest mirror to check herself out. Laughing she'd look back at Spirit. "I look good don't I. It's nice to know what I'll be like when I'm older and man will I have a lucky husband."

Not wanting to entertain her comments Spirit would reach for his punch. "Bottoms up". The punch tasted like a chai tea latte with pumpkin spice added. It was actually quite tasty and nothing like he expected when looking at the red liquid. "I don't feel any different." He'd stop speaking as he heard himself, along with everyone else around him. Laughter would erupt as his voice went up several octaves.

Spirit exuded a calm, matter-of-fact demeanor most of the time. As a whole he appeared to be cheery, if not apathetic, to the issue at hand. This was no exception. If anything, it allowed him to strike higher notes with his singing now that his voice was higher. He'd put it to the test by performing a song written by a famous artist that contained notes he couldn't ordinarily hit. Walking over to a nearby stage with musicians he'd ask them if they knew the song I Have Nothing. It would turn out they did. Standing center stage in the moonlight as magic rays of light formed around him he'd sing for the crowd.

Share my life, take me for what I am
'Cause I'll never change all my colors for you
Take my love, I'll never ask for too much
Just all that you are and everything that you do

After finishing his performance and receiving acclaim from others nearby, he was approached by the proprietor of the punch stand. "I have to say you, guy. You were the first to receive the high voice punch and transform it into a gift. I'll say it again. Your voice will go back to normal, but I wouldn't be shocked if you can now reach higher notes because your vocal chords are aware of the sensation. Please accept this sweet corn kernel as a token of appreciation for the beautiful song."

He'd take the candy corn and go meet his sister, who'd give him a huge embrace. It seemed strange getting a hug from his sister now that she was several inches taller and considerably older. She had completely lost her cockatrise outfit in order to show it off and enjoy it for as long as possible before the charm wore off.

It was now time to pick what to do with the rest of the evening. They just had time for one more event because it was becoming late and their bags were already full of candy.

The member 'Magicite' has done the following action : Dice Rolls 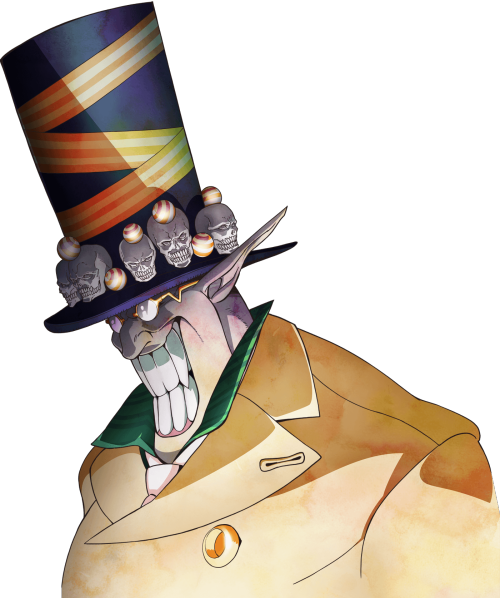 As the brother and sister continued to converse and witness the festivities, they would have to detour through an alley to avoid a large throng watching a type of procession. There were enough individuals ahead of them that it was pointless to stay and observe because their view position was poor. The two were stopped as they passed down the passageway by what looked to be the event planner. Before Spirit would speak the man started speaking as he raised a hand to Spirit and his sister. "I'm sorry, but I have to send you away, Spirit. The fortune teller predicted that a fight would break out between you and Dollarsaavy at this very time to protect your sister, with your magic destroying most of the area around here. If you survive, you may return."

Spirit knew he could stop the event planner with his speed, but his words rang true, so he let himself be teleported. He'd find himself in a strange space with a purple floor, blueish shadow coated walls, and floating candles everywhere. Stuffed animals and dollos drifted in the air, floating up and down amid the candles. The expressions on the faces of the dolls and stuffed animals were nearly sorrowful or fearful. A frightening clown loomed across the room in the distance, it's laugh growing as Spirit own image came to it's view.

Looking ahead he saw a creepy clown that resembled a grotesque caricature of a victorian gentleman. He had a large, almost cartoonishly rotund figure, easily towering over everyone else. The clown named Dollarsaavy sported a goblin-like face, with long pointed ears, and perhaps his most notable characteristic, is his large rectangular-shaped mouth that appeared stuck in a perpetual grin. Dollarsaavy would raise his hands and the candles in the room would all turn towards Spirit. The bottoms of the candles would reshape to that of points and start spinning. With a laugh they would start to launch one by one at Spirit, the fire of the candle blazing behind them as they flew through the dimensional space.

Spirit would know that Dollarsaavy was as powerful as he was because of his ability to see magic. His magic had the same aura, but it was malevolent, twisted, and had an air of deception to it. Fortunately, Spirit possessed things that increased his speed, and being as swift as lightning, he was able to escape the candles, but as each out stuck into the ground, it vanished and another appeared elsewhere in the chamber. Dollarsaavy's spell was, to say the least, inconvenient.

Spirit would lift his hand as electricity began to arc around his hand and fingers, testing the waters. As he cast Chain Lightning, a bolt of lightning would arc about him, hitting candle to candle before reaching Dollarsavvy, who would spin in position like a tornado, throwing the bolt of lightning off to the corner of the room. Spirit would continue the onslaught by casting Shooting Stars of Solaria- Piercing Bullets. When he lifted his palm into the air, magic began to whirl about and soar into the sky. Following that, rays of starlight fall from the sky, assaulting the area around Dollarsavvy in the chamber in an attempt to strike not just Dollarsavvy, but all of his candles. The cunning clown, on the other hand, was prepared and would whip out what appeared to be a small pistol. When he pulled the trigger, a flag with the words bang written on it shot out of it. Soon after, all of the falling stars would transform into drifting butterflies, only to vanish a few moments later.

For what felt like a few minutes to them, it was actually over an hour outside the dimensional pocket spell when Spirit and Dollarsaavy's bodies returned. His sister would come up to him and hug him while asking him a slew of questions, as would the event coordinator. Receiving a third candy corn kernel, they would retire to their hotel room for the night as Rune Knights drugged off the unconscious Dollarsaavy.

Spirit and his sister would pour out their goodies the next morning and begin moving through everything. Every year, they would swap sweets and try to obtain the greatest bargain possible from one another. Spirit was more interested with what the three enormous candy corn kernels were for and why he had some gold coin in his bag this year, so she would win. Keeping all the strawberry themed wrapped candy and starburst jellybeans, he'd utilize Circle of Recall to transfer the two of them home and tell their parents about their night before.