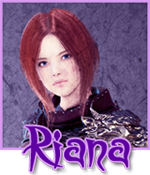 Riana Maren
To Earthland And Beyond 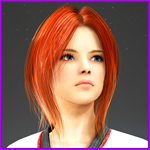 Once again, here we are, back in a queue. This wasn't the ideal place for Riana to be, which she knew. From one massed throng of humanity to another, this was absolutely not the place that she wanted to be at any point in her life. The scientist knew without hesitation that this was far removed from the seclusion of her laboratory, which would undoubtedly be a better place for her to be. However, there was a certain pragmatism to acquiring her passport, which would unlock the ability to travel to foreign lands; it would let her acquire materials from other countries, study at different institutions, as well as generally let her see more of the world. This would mean that she could further her objectives, particularly when other countries had different rules in regards to the acquisition of weapons and power sources. Having access to these would allow her to do more when it came to her research, production of equipment and gadgets, and ultimately allow her to do more, be more and become more. This was exactly what she wished out of this little venture, which was the only reason she tolerated these... people being around her in such numbers.

There was just one little snag in her grand plan, which was incredibly unfortunate; she had been informed that members of certain guilds were unable to access the services of the passport. In fact, it was to such a degree that she would have been totally unable to do so at all if she identified as herself normally. Instead, given that she had this knowledge ahead of time, Riana had prepared for this encounter as best as she could in the only way she knew how: use the tools at her disposal to get her way. In her hands, tucked into the pages of her current book, were a series of documents. These documents identified her as a member of Luminous Rose, and a temporary tattoo had been applied to her left bicep; enough that it would have been able to fool someone who was not paying enough attention. With her fiery red hair, she almost fit into the obscenely pink theme of that guild regardless. It was going to be enough, she knew. The outfit she wore barely, if at all, covered her left arm. The tattoo was obviously placed so that at a distance it could be spied and thus, if she turned her body to the right, the clerk would see it while she was in line - and thus with the fact that she had acknowledged it prior to the conversation, less attention would be drawn to it beforehand. Basic human psychology.

The line dwindled, and the scientist approached the counter. Boredom sang in her bright blue eyes as the disdain she had felt for being subjected to the rigamarole of bureaucracy was rather evident.

"Name?" asked the clerk in charge of processing.

"Riana Maren. My papers. Everything will be in order," came the confidence of arrogance as she handed over the papers in question.

In a flurry of processing power, the clerk went through all the documentation; for all intents and purposes, Riana was now a member of Luminous Rose. She was sure they wouldn't know - or care - that the lie had been enacted. It was sufficient, at the very least, for the clerk. Another cursory look at the floral tattoo on her left arm, and it was enough.

Wordlessly, Riana was handed her passport. A simple nod to indicate some form of thanks - she didn’t really care - and the woman was off. Had to at least pretend to be nice if you were going to be in a legal guild, for the next thirty seconds or so. Once she was out, the guise was dropped. She had what she came for.