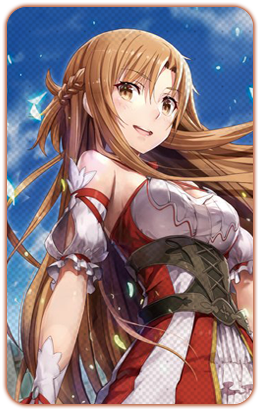 "Idiots, the lot of them," the woman said as she swished the wine in her glass around and around and around. Syn stared at the movement, her eyes completely mesmerized. It was all she could do to barely nod her head and murmur her agreement. The stranger, who was reclining on a chaise lounge with upholstery of mulberry hue, seemed to not notice. She continued talking, and the golden eyed mage continued listening in a half daze. "Trying to break into my home and steal these lovely jewels I have..." at this, the woman lifted up her left hand to reveal a string of glittering rubies and diamonds. The mage's hands clenched together, and the woman broke into a soft smile as she stared directly at the younger person. "Of course you would expect them to fail," she went on. "My security is quite tight here, because it is my home and any intruders are breaking the sanctity of it. Only witches should be allowed, you see," she explained, "And even then, only members of my coven. Not you thieving little street rats. Although, judging by that cute little symbol on your cute little chest, you really are a mage. Perfect."

Automatically, Syn's right hand flew to touch the mage crest stamp several centimeters below her shoulder, above her heart. It was revealed by the corset top she was currently wearing. That was right, she had forgotten to hide it this morning. The folly of it all, why had she even agreed to help the four street urchins with robbing the 'great big house on the street corner?' The young woman wanted to stab a knife into the armchair she was perched in, but that probably would not have helped her case for getting out of this messy situation. "Look, this is basically just a misunderstanding. I have money to pay for any damage that has been done, and I'm also willing to do community service should you deem that necessary," she reasoned, gazing more firmly at the woman. The lady of the house seemed only amused by her efforts to get herself out of more serious and eye catching trouble.

"You'll stay in the dungeon until I decide exactly what I want to do with you," she said easily and waved a hand in the air. Immediately, the girl's eyes felt droopy with the desire to sleep, and she fought it as much as she could. Clearly, the witch was strong though, because her eyelids closed and sealed themselves tight no matter how much she struggled. This isn't good, she concluded to herself. Is it really a good thing that I've become less selfish of late? was her last conscious thought before everything went completely black.

She woke up to find herself in a dingy cell. Well, that was honestly an over exaggeration, because although the room was cramped and barely six by eight feet, it was fairly well kept. At least, for a jail cell, and that was only the auburn haired mage's assumption as she had never been in a prison before. ...that was another lie, because she most certainly had, but the girl hadn't paid any attention to the scenery that time so this was basically her first experience. Thankfully, there was nobody else in the cell with her. As she had awoken, the girl had been wary of opening her eyes, lest there be a bunch of scrawny street urchins in there with her. Undoubtedly, they would poke at her and try to get Syn to open the door or something. Trying that would be foolish, and she didn't feel the desire to do so at this moment. That wasn't to say that she didn't want to escape.

The girl stared at the wall for just another moment before she reared up and kicked it as hard as she could. It wouldn't be good for anyone, especially the bones of her leg, but the mage was beyond frustrated with this turn of events. But lo and behold, the flat white surface caved in under her feet and a gaping hole was left, with crumbled edges that revealed just how hollow it was inside. This was all just a trick! Angered even more, the mage tried to requip her weapon to pierce through all of this stupid plaster and simultaneously, stupid trickery, but they failed to appear. That forced a pause out of Syn, and she stopped to concentrate more on summoning them. Unfortunately, nothing worked. She frowned at the pale walls before finally deciding to just smash her way through, and so the girl did. With punches and a great amount of ripping (in excess, really, since the barriers were basically layers of thin paper upon each other, stuck with some sort of weak adhesive) she made her way through several rooms that were the exact same size as her own. "Whatever you're doing, I don't want any part of it!" she warned in case anybody was listening.

A laugh resounded from above, and before the redhead knew it she was being levitated through the ceiling. And it hurt, because the plaster wasn’t just suddenly nonexistent; her guts and flesh were actually just being shoved through it all. The witch came into the female’s sight, and her eyes were fiendish as she stared at the mage with no little amount of amusement. Syn's jaw tightened, and although she did not grit her teeth her nails pressed crescents into her palms. "Syndrome, hm? Yes well, I've got a job for you and if you do it right you are more than free to go afterwards. In fact, you must," the woman said with a derisive snort. The chestnut haired girl's glare lessened slightly as she began to listen more carefully to this supposed way out.

"I need you to get me a set of blueprints from a certain Mister Lawe; he's a very famous man, I'm sure you'll have an easy time. Just roll them all up nice and neat into a scroll once you acquire them and carry everything back here to me. I'll even pay you," she added with a laugh, and the mage stared back at the witch with no little amount of suspicion.