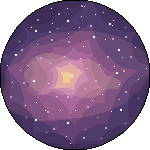 ✺ Dancing throughout the shadows of the dim-lit streets of the capital city, the young woman of brunette and golden blonde hair would surf alongside the outer walls that lined Crocus' expansive roads- it would seem as though her rock board would not have an issue keeping its steadiness against the rough cobblestone avenue, leaving a small trail of dirt with each meter she would travel. Finding herself within the metropolis of the King and Queen, Cordelia and her two fluffy companions of auburn-colored fleeces traveled to the residence of the King and Queen to fulfill a quest granted to them within the chilly fortress of Errings Rising; they were to claim the life of Barold Fitzgerald in a public manner, an upcoming political figure that strived to remove the corruption within the governing forces and the inequality of the lower and upper class. While the removal of poverty was something that resonated deeply with the heart of the dragon slayer, the affiliation of the Magic Council and its loyal subjects was unacceptable in the rock surfer's golden optics- how would one be able to feed into a dreadful organization to promote positive change whilst turning a blind eye to the grief caused by it in other ways? It was just as pathetic to the golden girl as it was counter-productive, which made her more than joyous to take on these royal orders of assassination. ✺

✺ "We've gotta be close to the big stage," the alcoholic would eagerly exclaim to the two red pandas that sat upon each of her shoulders, taking a large swig from a pink bottle of wine, "god, it smells like sweat over here! ew!" Turning another corner that would lead the group of dark mages toward a large expanse of stone and fountains, what appeared to be a large stone structure adorned with crystalline speakers and a giant podium would manifest along the horizon accompanied by a large crowd of individuals waiting to attend the rally, which all happened to smell really bad due to the amount of time they had spent waiting for the political gathering to begin. They seemed to be decked out in patriotic gear and signs promoting the "great message" that the politician seemed to promote- a world where those in poverty can live freely and greatly within the streets of Ishgar, whether one was capable of utilizing ethereal abilities or not. "Fuck, I'm really becoming bad, huh..?" the slayer would think to herself as she would turn down one of the closer alleyways that happened to line the busy streets, slipping back into the shadows. Despite the empathy that she had felt for those that wished to seek a better life for those that truly needed it, Cordelia had come here for a reason; to slaughter this man in cold blood during his ongoing campaign in the name of Errings Rising, which would allow even more chaos to slip through the cracks of the law-abiding offices of this nation. ✺

✺ Tossing her golden purse onto the lid of a dumpster and pulling herself up onto its surface as her companions ran within the shade cast by the tall buildings, the lustrous rock surfer would marvel upon the sun that begun to set upon the horizon through the crack in the alleyway, which looked to appear almost violet in color in comparison to the oranges and pinks that sat upon the sky's canvas. The clock was ticking closer and closer to the next hour, which would be the start of the gruesome gathering of Fitzgerald; manifesting that of a large rock inside of her hands, she would throw it into the air as if she was playing with a tennis ball while she would wait, taking another large gulp of her vibrant tonic that she had brought with her on her long journey. It would seem as if a few Rune Knights had also ventured to the capital city as well; flipping them off as they would walk near the entrance of the alleyway, Cordelia would let out a small giggle as their fleet would cease to be visible within her vision. Their presence would definitely make things more fun within the carrying out of this wicked mission, alongside the drunkenness that would finally start to seep into her veins; aimlessly cackling to herself as she would grip onto the strap of the golden gun-purse that sat beside her, she would wait for the ringing of the city's bells, which would signal that it would be time for her to make a move. But for now, she would just wait upon the brown dumpster within the shadows, throwing her stones up and down, up and down. ✺ ✺ Tumbling down the side of the dumpster that resided within the darkness of the capital city's lost alleyways, the stone that flew up and down within the slayer's grasp was to burst into a pile of dirt, melding into the cracks of the street's stepping stones. "The bells should be ringing any minute~! ♡ Wanna bet on how many hits it's gonna take to kill this dude? I'm thinking just one~" Cordelia's words would begin to drift down to the small organisms that sat beside her feet and the small mound of rocky dirt, her eyes glistening within the small rays of sunsetting light that would filter through the split in the buildings, along with her booming confidence. It was brought to the rock surfer's attention before she had ventured from the icy fortress of Errings Rising that Barold Fitzgerald, while partaking in political matters relating to a magical civilization, was not one of a magical bloodline; he did not possess a single magical ability and therefore was known to be protected by those that had such abilities.  This would ultimately make him an embarrassment in the eyes of the golden girl- it was as if he was a small, frail baby surrounded by a thick barrier of armor. Cordelia was not one to hold judgment on just anyone that did not happen to dabble in the arts of magic, but those that wished to sit within powerful positions without ethereal capabilities were definitely a laughingstock. Just how could a political figure lead the people without being able to depend on their own feats rather than the feats of their own? ✺

✺ Bursting out in laughter once more in response to the thoughts that were to cross her mind about this individual, the girl of blonde-brunette hair would joyously take another swig from her prismatic bottle, dangling her legs from the edge of the dumpster and swinging them back and forth. However, this bubbly chuckle would slowly fade into the air around her as the sensory of magical energy were to produce small goosebumps on her bare skin, along with the fragrant scent of it within her nose; the earth dragon slayer did not feel alone anymore within the darkness. A sly smile would begin to manifest between her cheeks- perhaps a new friend, perhaps a new foe, perhaps a new customer! Though her excitement would not present outwards around what surrounded her existence, as she seemed quite still within the darkness, the butterflies that would begin to form within the keg of her stomach were to be quite prevalent. Gripping the smooth handle upon the bottom of her lustrous reticule (purse) that was filled to the brim with small trinkets and personal belongings, along with pounds and pounds of dirt and rock; due to the small chance that this entity was to be directly hostile, the slayer would wish to defend herself without utilizing her own magical abilities just yet, as that were to be saved for the main show. ✺

✺ A harmonious yet deep voice was to present itself to the alcoholic as its captor were to reveal themselves within a small patch of light that was to cascade from within the cracks, allowing his features to become much more visible- it would seem as if the pupils of the young woman were to slightly dilate upon the first gaze of the seemingly green decalcomania that was to reside within the individual's white hair, which was to match their attire. They seemed to sight the notice of the job that was to inhabit the hold of the fluffier of the two red pandas and spoke of their similar motives to take on the same mission. Upon the realization of this within her drunken stupor, Cordelia would hop down from what she once sat on to officially be within the individual's presence, looking almost a foot higher to maintain eye contact with the scientist. ✺

✺ "Yes yes yes, I am~! But how'd you figure that out! Were yooou listening to me spout my nonsense~?" the royally-dressed rock girl would jokingly exclaim in response to the welcoming of the individual as she would take another big swig of the luminescent liquor, her eyes moving around to marvel upon her companion holding the mission within its mouth, "oh, you might have seen that, nevermind, hehe~! Wanna drink? ♡" The verbiage of the slayer was to be just as loud and bubbly as it always had been- though some of it were to be drowned out by noise that was to move throughout the bustling streets of Crocus, her mannerisms would most likely come off to be quite benevolent and non-hostile, alongside those of her companions. The glowing bottle of magical glass and shifting colors would fluctuate within the air as Cordelia would offer the stranger the tonic to try- if they were working together it would be best to match the energies of each other, or so the rock shooter had thought. If the scientist were to accept the swig that she was to offer him, it would taste almost completely like sweet, sugary juice; magically crafted to taste amazing while still potent in its effects, the rare beverage was one of the girl's all-time favorites in her collection. ✺

✺ A vibrant echo would resonate within the streets of the metropolis, signaling that the rally was to finally begin- it would seem as if cheering were to accompany this series of loud chimes, which would direct Cordelia to quickly run to the edge of the alleyway to take a peek at the gathering. While it was still a bit of a walk away, upon large projections of lacrima crystals the target would appear surrounded by armed officials as he would take the podium, beginning the opening speech that would be his last. "Ah! Go time is super close, I'm so excited!" the dark mage's voice would waver as she would begin to giggle in elation, sulking back into the darker parts of the alleyway as her companions would climb up to sit on both of her shoulders. Barefooted, while in a state of drunkenness her grounding would appear to still remain quite stable, a gift granted to her from the lacrima that sat within the depths of her ethernano. ✺

✺ "Wait, I completely forgot!" the girl of gold would joyously jump up and down as she would begin to speak once more, taking a stance that allowed for cutesy hand-motions that resembled that of peace-signs, "My name is Cordelia~ I really really like surfing on rocks and selling people alcohol, soo if you ever need some rare stuff, I've got you covered, hehe~! But I joined a guild a little bit ago and took this job, and I thought I was going to be here by myself, but I found you! Or you found me, yeah. But what's your name?" ✺