Sometimes things that fall apart are actually falling into place 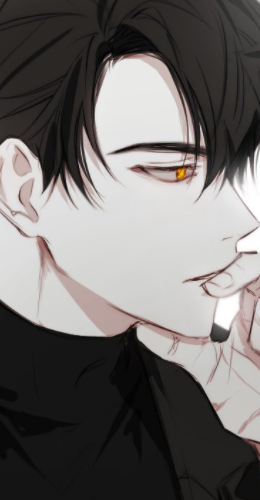 It was a swelteringly hot summer for Bellum that year. They were approaching the end of August, just a month before Leon's fifteenth birthday, and still, the country was hitting record temperatures every week. He remembered that summer vividly as if he could step into the memory and not realize that it was fabricated from his mind at all. Leon remembered how green and soft the patches of grass felt against his arms as he sprawled out over hilltops, overlooking a cerulean sky as small flocks of sparrows flew past him, feeling the humid breeze against his body. He remembered comparing that sky to a vast ocean, and he felt his mind get lost in its sea every time he looked into it, washing him away like a tiny seashell in the waves, vanishing into its blue ripples without a single person missing it. It was a melancholy thought, but he didn't have another memory where he felt such peace. It was funny how his worst recollections always started with some of his best ones, and they had become so closely associated that he could no longer separate the memories. His best dreams could easily become nightmares if he reminisced for too long.

Every summer, the Hoffmans were invited to various nobles' and businessmen's homes for days of fun and entertainment, and they often spent most of their days anywhere but the estate. It was a great way of showing off their products, arranging marriages, and procuring interest among Bellum's most important people. For his father and grandfather, these visits to strangers' homes were like displaying their most promising children, while for the strangers, it was like window shopping. Some of the Hoffmans didn't know this and entertained themselves in blissful ignorance, others knew and were on their best behavior, and then there was Leon, who knew what these visits were for and understood what was expected of him. He was faulty, broken, and an embarrassment to the family, so it's not like there was any reason for him being there. He wasn't not allowed to go, but he was never invited. Most of the time, he just ended up finding some corner or table to sit at until they were ready to go home. It didn't feel any different this time around.

"Hi! What's your name?" a young girl suddenly greeted, long, chestnut hair tied up into a single ponytail. Her body glistened with water, a hoodie hugging her thin but healthy body, shielding her one-piece from the wind and the sun. She had just gotten out of the pool all of his siblings were splashing in, and for some reason, she had meandered over to the table Leon was sitting at from afar.

"W-What?" Leon looked a little shocked as if he wasn't sure it was him she was talking to. Honestly, he wanted to look around and make sure that she wasn't referring to someone else, but he doe-eyes were fixed onto him, so he couldn't look away. Bashfully, he nodded. "Uhm... Leon?"

"Ehhh... Well, you know who I am, right?" the girl went ahead and sat in the chair across from him. Leon, realizing that this was turning into an actual conversation, perked up and nodded with his usual intensity.

"O-Of course! You're Grace Caroli, the youngest daughter!" he confirmed, feeling his toes curl back into the soles of his feet as he looked at her. A big, wide grin came over Grace's face. She was only about a year or two older than Leon, but she was known for her childlike personality.

"A-yup. Say, why do you always sit alone? You guys have been coming over every day for like... three days now, and all you do is say hi and go away! It's super scary how you glare all the time, too!" Grace almost seemed to pout as she jeered him for it, staring at him attentively, "Are you the shy type?"

"So what, you think I'm so ugly and can't even stand to be within three meters of me?" Grace scrunched her face into a more visible pout, but flinched when Leon suddenly rose his voice.

"Of course not! I wouldn't do that! I—" Leon frowned before suddenly catching himself in his fit of impatience, looking down at the table with a guilty look on his face, "—sorry, ma'am. What I meant to say is that... it's better that I stay over here."

It was quiet after that, and neither of them filled the silence that settled between them. Meanwhile, Grace was looking at him with her wide, green eyes, staring at him up and down like she was assessing some new toy. Leon felt uncomfortable the whole time, hands curled up into fists, and his fierce features tensing into something more bashful. He didn't know what he should've said, or if what he said was wrong. Did he piss her off? She seemed like the type to really get upset if he rose his voice like that, so maybe he really did mess up. Leon's lips pulled apart as if he were about to say something, but he couldn't find the words. Just then, Grace spoke up.

"You're kind of cute. Wanna go swimming with me?"