The Incrimination of J&G 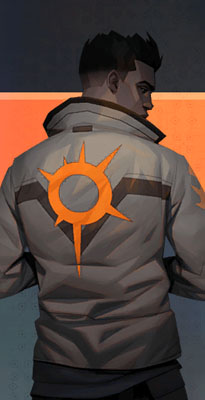 The Incrimination of J&G

Dressed entirely in black as was his standard attire when he was on the job, Amadeus walked silently through the office of Jameson & Gold, one of the rising stars in the architectural industry. His steps were light and controlled despite the lack of people in the office at this time of the night. He had snuck into the company premises near midnight, from a door on the roof that he had left unlocked during the day while he had been wandering around the company building, disguised as a security guard on patrol. While confident of his own abilities that he would be able to infiltrate the building without any prior information, Amadeus was always sure to keep his confidence in check lest it turns into ego. As such, regardless of the job’s scale, he would do things by procedure, and in this case, disguising himself as a security guard to get a grasp of the office layout.

As he walked past the rows of empty desks, a sudden beam of light flashed through one of the glass doors that he walked past, instantly prompting him to drop down low and roll forward quickly to the other side of the door. The moment he passed the door, Amadeus straightened his upper body against the wall while he still kept his half-kneeling position on the ground. His gloved fists, clenched and unclenched twice, as the beam of light was swung around through the door in a random order of directions. The assassin waited for the possible beep of the control panel controlling the lock doors, ready to act should the security guard decided to enter the office. After a few minutes of shining his flashlight through the doors and making sure nothing was out of place, the beam of light was retracted and darkness returned.

Amadeus shook his head twice; the sudden flash of light having screwed with his night vision. Bright spots appeared in his vision but the young man didn’t let it stop him. He just had to move around more carefully.

“Rookie mistake, Bond,” the dark-skinned youth berated himself in a low whisper as he approached the room of one of the directors. It was the room of Matthew Gold’s son, Lowell Gold, that he was looking for. If there was anything that Amadeus wanted to find as blackmail material, then it was definitely Lowell Gold’s office. Unlike his father who kept his image clean and stain-free, the same couldn’t be said for his son. Like most nouveau riche with a silver spoon in their mouth, restraint wasn’t something that they would learn until later in life. Or until, an unsalvageable situation unfurls for them to realize the necessity of cleaning up their act.

The door was unlocked, to Amadeus’s delight, when he pushed it open. The Hidden Blades agent walked behind the desk and then dropped himself into the leather chair. The suspension was great, absorbing his sudden descent without a single squeak. Quickly the assassin went to work, opening drawer after drawer and rifling through the folders. A drawer that looked deceptively shallow was easily figured out, with Amadeus letting out a scoff when he removed the fake drawer bottom and retrieved the photographs hidden beneath it.

The highlight of the photographs was Lowell Gold enjoying himself in sexual debaucheries of every sort imaginable. As he looked through photograph after photograph, Amadeus shook his head at the contents. These photos were not even taken by Lowell Gold or his lackeys. There were photos taken by paparazzi and later on bought out by Matthew Gold when they were blackmailed with it. Luckily for Amadeus, Lowell Gold had kept the photographs as keepsake instead of decimating the evidence.

Amadeus slid the photos into his left coat pocket and after making sure it looked exactly like how it had been before he entered, the young man disappeared in a burst of black and red smoke. The only thing that spoke of his presence was the faint smell of sulfur that would dissipate shortly. Idly walking away from the Jameson and Gold office building, a snap of his fingers brought out a sleek, black sports car out of thin air and Amadeus was gone with a roar.

The next morning, Richmond Ayres LTD would find an envelope addressed to their managing directors, left behind anonymously on the desk of their receptionist.