The Fate of A Blade 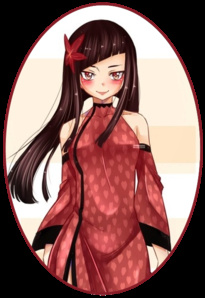 The Fate of A Blade

It was a day like any other in the bustling streets of Magnolia. Famed for it's infamous Fairy Tail Guild and popular shopping hot spots, travelers came from all over the globe for one reason or another, and they were always satisfied with what they found. Lined up on the main street were cutesy outlets and boutiques selling a wide array of items. From "Lucinda's Apparel" to "Steve's Hardware" it had one of everything and nearly every store was pact to the brim with exciting customers willing to spend every penny.

Going on further down the road, one could see an alley. A breaking point in the market strip. Peeking from this path was a strange looking building. A horse of a different color. It was short and stout, made of a stone brick with windows of varying shapes and sized. The roof was shaped as a witch hat, with wind chimes and other decorative hangings dangling from it's rim, drawing the attention of a previously bored but not curious child. "Mooommmm, can we pppllleeeassseee go in there?" The child begged and pleaded tugging on his mothers dress and pointing at the shops location. Looking through the alley, the woman was shocked. Being a retired mage, she had heard of the place before. Run by "Madame Callisto" the traveling fortune teller whose scarily accurate predictions had put her on a pedestal in the magic community. Sought after by light, dark, and even non aligned mages, her cosmic insight was valuable and equally taboo.

"M-maybe some other day, okay?" She lied, flashing a smile at the boy to keep him happy before shuffling him along. Meanwhile, in the store, sitting at a crowded table filled with cards, potions, and crystal balls, Callista awaited a much anticipated arrival of a stranger. "Any moment now." She mumbled to herself, causing some caged magical animals to chime in, which she quickly quieted with a snap of her fingers.

In a way, Magnolia reminded Mathis of his homeland. The bustling streets, the fluttering petals, and the rustic atmosphere felt all too similar to the capital of the Empire. Of course, the capital was much larger than Magnolia, and Magnolia was much more festive in nature than the capital, but the slight air of familiarity left Mathis with a wanderlust to leave from his abode in Silver Wolf to enter the city of the reputable guild of Fairy Tail. His mask was firmly on his face, giving him a further look of outsidership. In a world and a town of magic, the magically-inert swordsman from another land was as out of place as a rainstorm in a desert.

The townsfolk gave little attention to the Bladesmaster other than a passing glance in his direction before averting their eyes to the stranger. Mathis paid little mind. He had been used to such things. Other countries had treated him worse, after all. Nonetheless, he found himself particularly drawn somewhere, as if by some force. He walked slowly with a purpose of intent towards a thin, dank alleyway. Brushing off the beggars that clung to his body in demand for food, he found himself at the precipice of a small shop. Much like the man himself, the crude building sat out of place within the bright lights and festive, boisterous air of Magnolia. A heavy haze of mystique and secrecy plagued the atmosphere of the shop that bore the name "Callisto."

This sort of feeling, one of being drawn to strange and out-of-place locales was not an unfamiliar one to the ancient man. In his travels, he had found it almost common for the depths of the earth to draw him to these anomalies within the fabric of normalcy. Perhaps it was due to his own place outside the fabric of normalcy that fate itself saw fit to bring him to his own ilk. A smile could not help but rise to his face as he knocked on the door to the shop.

"I suppose it would be incorrect of myself to assume that I would be an unexpected guest. Judging by the name this shop bears, you are Callisto? I am Mathis Lora. Fate, it seems, finds it apt to have brought me here." 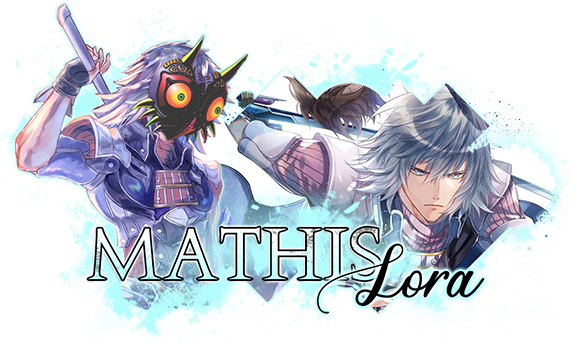 As the man stood at the doorway and announced himself, Callista, or Madame Callisto as she was frequently called in her line of business, got up from the table with a smile on her face. She was never wrong about a customer. Despite the shop's small size, the inside was actually incredibly large thanks to a unique enchantment. Having room for many isles, shelves, and even a second story, it was truly something of a maze to get through, or it would have been for anyone else. Navigating her way to the door masterfully, Madame Callisto stood before a man several times taller than herself. Looking up with her big, red eyes and the tiniest smirk. "I hate to sound cliche, but I've been expecting you."

Welcoming the man into her shop, he could see some of the strangest things magic had to offer. From love potions to hair loss potions, Rings that could enslave a person who wore it, Fire breathing frogs, a chess set that was seemingly playing itself. It was a wonderous little boutique filled with mystery, where she had collected these things was unknown to anyone really, but, even though these were fascinating even in the magic world, that was hardly the main attraction. Most of the people who came to her wanted one thing. To know their future. Rumor of her gift had spread far and wide, from sea to sea, even being whispered into the ears of royalty, people from all walks of life have come bearing their curiosity in desire for an answer which Callista happily provides.

"Do you have any idea why you've come here today?" Callista pondered, bringing a hand to her chin and allowing the man to have a look around. It was a basic question, but a required one. Perhaps he had come for a magical talking sword! Or flowers that would never die? But that didn't seem right...

The very being of this shop was strange, to say the least. The small shop snug tightly between the two buildings in an alleyway had suddenly sprawled into a fully-fledged shop with various trinkets and potions dotted around its shelves. Magical creatures of varying sizes chirped and hummed, occasionally being silenced by the woman behind the counter. Instinctively, Mathis's right hand tightened, ready to grab Monado in such a situation that would beg for a fight. He was not aiming to get into a fight, rather he was prepared in the situation that this woman would be more sinister than the state of her shop would suggest.

"I pray you do not try and peddle your wares to me. I may not look it, but I have had many years' experience of this sort. I have little need for such a service as fortune telling, as well. One would assume a shop of this sort to offer such a service, and never have I seen such a service fall true. Many have tried to predict the future. Many more have failed."

As he said this, Mathis looked through the shelves. He was not interested in buying, nor did he truly give an air of even feigning interest, rather something to merely pass the time whilst he spoke. However, he suddenly broke away, stepping up to the counter, removing his mask to reveal a smug smirk. "Perhaps we could play a game of sorts. A fortune teller would not only be able to tell the future, but to read the past, no? One with as much history as myself should certainly be an easy target for such things. Perhaps consider this as a...test. I wish to see your abilities in action for myself. Rest assured, I will pay for this. I leave the offer to you.