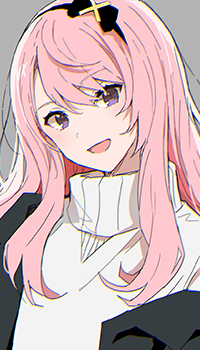 Snow fell upon the town of Magnolia while Brynn would be out and about the town. The holiday season had gotten her into a very festive mood and wanting to experience just about every little vestige of winter fun possible. Tamlin had assisted her in purchasing winter clothing so she wouldn't catch frost bite while out in the cold, something much needed after she was wearing her rather revealing and "less fabric-ally stable" gown everywhere. Her new black boots hit the ground in a steady pace, pulling Silivia along with an almost childish smile on her face. "This way, Silvia! The grounds are being held here!" Brynn's hand squeezed the younger girl's arm while adjusting her winter hat, its flaps falling over her ears. The two would soon turn the corner past the town post office and find themselves standing in front of the Square, which had gotten a complete make over for the holidays. Stalls lined the edge of the square, continuing down two walk ways with people of all sizes hurrying across them. Children tugged on their parent's hands to go show them what had caught their eye. Friends spent time with one another in the blustery cold day, huddled by the hot chocolate tent or out skating on the rink.

It was here that Brynn and her companion for the day would find themselves amassed by choices. they could get food first, or go and see what kind of fun they could get themselves into? So many possibilities! She looked over at Silvia and her doll, gazing at all the fun wonders within. "We can have fun here. I read on a paper that Tamlin gave me." The after-mentioned man was, who she explained a while back, one of her friends who was employed...or was a part of...the Rune Knights. Did they hire people or were they just volunteers? It was confusing but she had first gotten the pamphlet about the event from the headquarters and stuffed it away for later, soon bringing Silvia here after meeting her once more after the first encounter. "We should go skating first. That looks fun." She pointed at the station where people could rent skates. The process was fairly easy: just plop in your shoes or boots for skates and stick them in a cubby. The woman walked over and did just that, her boots being placed aside while then tying her acquired ice skates to her feet and heading into the rink. A lot of other people would be present, some first timing just like her. If left alone, Brynn would be carefully holding onto the side of the rink to balance herself. Her feet would gently push her forward while clutching onto Silvia or the wall for dear life.

After a few minutes, she tried to go out on her own...and ended up toppling into a mess on the ice. Yet instead of pain, she laughed and tried to push herself back up, smiling all the way. "I am sorry."