Justice for all (Pasithea&Morgan Quest) 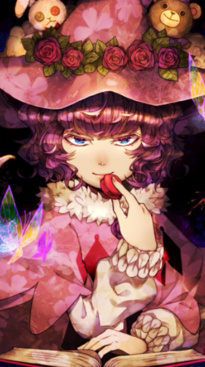 Justice for all (Pasithea&Morgan Quest)

"Dreams are the door to our deepest desires."

The soft footsteps of two girls could be heard going down the narrow cobblestone road, they were told to meet the clients at dawn and not to ask too many questions, the two girls didn't belong to a guild but sometimes would take different jobs that ranged from capturing stray animals to cleaning up gutters. They needed the money ever since they left their original homeland in the witches forest and even though some of these jobs didn't pay much, pasithea enjoyed them! She never really remembered the job due to being asleep so much but on the few times she did wake up, it looked like it was a good time. Her best friend and partner in crime, Morgan was always there for her and pasithea simply adored her magic, how Morgan could bring to life the stories we tell our children was something out of.. Well, a fairy tale! Her stories ranged from the more common ones such as the princess cinderella to the less common one such as king midas and his golden touch but pasithea's magic wasn't as unique or interesting. Half the time she used it, pasithea wouldn't be awake and had no control over what she summoned, it just depended on what she was dreaming about and while she could lucid dream, she had trouble connecting to the outside world.

Her eyes opened as they arrived at their destination but it was no easy task for her, being narcoleptic was apart of her lineage and her magic, making it a key part that she gets as much sleep as she could but she preferred to stay awake when getting details of the quest or specific things she needed to do and not do! This was a dark mission though, so these usually had little to no rules as long as the job got done and pasithea was going to buy a weapon but recent events have led her to come into the possession of a powerful queen's scepter/sword! How amazing is that? Having such a powerful weapon in the hands of someone who is barely even awake half the time. The person they were meeting didn't give a name, only an address and the girls were told to make sure nobody was following them along with keeping a low profile as they walked in so pasithea assumed it would be some shady business type thing going on. Her short lavender colored hair was curled at the end today, hidden away by a pink pointed witch hat, the kind you'd see in the fairy tails as morgan wore one too! It was ironically custom where they came from and it signified their culture!

Not many noticed this small detail, but pasithea had a small sloth inside of her hat, it was living of course but he didn't move a lot and neither did she. Witches had familiars in her part of the forest, Morgan's was obviously a cat and pasithea's was a sloth! This would explain their personalities and the way they appeared to others. The way the girls presented themselves may have looked odd and tired, playful and childish but in reality? They were cold blooded killers, you can't try to justify the taking of another life and while pasithea rarely kills as she believes all life is sacred, sometimes the job calls for it and when the woman they were meeting with started telling the little job they were being paid to do, pasithea's usually sleepy face suddenly turned dark and stoic. The woman told of a serial rapist, using some sort of memory spell to make the women forget it but they would still be impregnated, she told of her daughter that had been a victim of this man recently and she wanted him dead or alive, either way she wanted him to suffer and honestly, pasithea wanted the exact same thing.

Pasithea simply nodded as the woman spoke about the disgusting details different people remembered, it seemed the man had some sort of memory alteration magic but others remembered different pieces such as his eye color or his build. Though he always wore the same black clothing, she assumed to blend into the night sky and darkness. It was with this she would look for him, she may be asleep most of the time but when she focused on something, her senses were heightened. It wasn't unusual for the young woman to be so tired but now that it was this type of case, she would stay asleep the whole time, to shortly explain her type of system function and magic, it was almost as if in the dream pasithea was the puppet master and her physical body was the puppet, being able to manipulate it perfectly while she was asleep and when awake, functioning decently. With this, the young girls went off to do their little case. 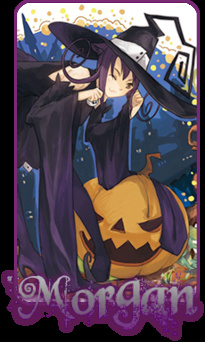 Re: Justice for all (Pasithea&Morgan Quest)

"Do you wanna hear a story?"

Pasithea had recently come to Morgan with a job proposal, it appeared that all through Fiore a strange man was going around kidnapping girls and doing terrible unspeakable things to them before erasing himself from their memory. Morgan didn't like to think that these type of people existed within the world, the ones so evil you had no choice but to hate them. Usually, she gave everyone a chance of redemption, but this just seemed unforgivable by even her standards. Usually, every antagonist gets a redemption arc, where the protagonist teaches them what is wrong and what is right, but maybe there are some people who cannot be taught.

While Pasithea was walking along the path, Morgan was hovering on her broom. It was a much more suitable form of transportation, especially for a witch! She could tell that Pasithea was less than pleased about the man's actions, even if her friend was asleep she could see by her facial expression that this job might be difficult to deal with. Pasithea was asleep ninety percent of the time, yet she somehow still functioned. Managing to walk and talk as if she was awake, it was an astonishing feat really, but when you have something like narcolepsy you learned to cope and Morgan admired Pasithea for that.

They shortly arrived at the location, Morgan dismounted her broom and 'parked' it outside before entering the building. A lot of people have gathered around, the victims and their family members had come together for a meeting where they would speak of the horrors. Morgan and Pasithea decided to sit in, determining that any information they could get on the mystery man would be helpful in catching him and stopping this maniacal seed spreading spree.

It was a lot to listen too, and probably even more to handle. Despite their memories being erased, they had all remembered vague moments of their time with the man, his poor hygiene that created a sickening odor, his brute force, their bravery touched Morgan's heart. They survived and continued to live despite all the bad things that happened to them, it was admirable. The people then thanked the girls for coming, many of the victims and their families leaving while a few remained behind in order to talk to their clients. They explained what needed to be done, claiming they did not care how it happened, if he was alive or dead, as long as he could no longer commit these crimes against humanity.

"Don't you worry, we're gonna take care of it." Morgan reassured them before walking out of the little place and looking around. Where would you even start? How could they find this guy? A lot more questions that she didn't know the answer too popped up and so she decided to ask Pasithea. "So, how are we gonna find him?" She asked, mounting her broom and preparing to search from the skies, that was unless Pasithea had a better more efficient plan of action. 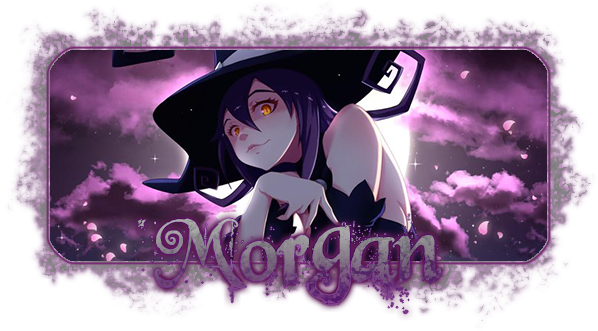