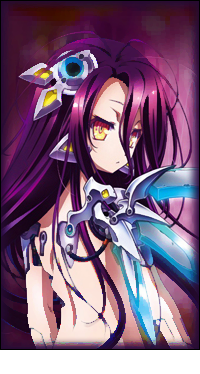 Exam Details
Well, this was a bit strange. Mai had just finished calibrating the last of her systems while residing inside of the Sabertooth guildhall. After going on several missions, she was able to repair most of the damage and finally get out of the maintenance state. However, she still waited for an evaluation by one of the Sabertooth staff.

Which apparently came in the form of Imai who just tossed her a magically altered Rubix cube. He provided little information or explanation for this and waddled off to do unspeakable things with other female members of the guild, potentially breaking one or more protocols for public indecency.

Scanning the toy in her hand, she would start slowly turning to reveal its secret of changing colors. It didn’t take too many flips that did not follow any particular direction to figure out the pattern in which the colors were changing. Once this pattered had been discovered, she started observing the cube itself.

The publicly available data clearly stated the condition to win, which was to have each of the six sides covered in a single color. Thus one had to turn the sides of the box until this goal was achieved. What Mai did was scan the position of every single color that was currently on the cube and formulate a path to this goal.

Taking it into both of her hands, she would then started turning the sides at such a speed that it was actually hard to follow for anyone with regular vision. The blur of colors lasted all of 3.27 seconds. A speed and precision that was pretty much impossible for a regular human to achieve.

However, Mai was no human. Perfection was the goal for which she was constructed the way she was. And while she certainly had far to achieving just that, it felt like this was a start to a journey that could potentially take her there, if she followed he path for long enough. The cube in her hand was slowly put back on the table.

It seemed that Imai was now also completely out of the room, so she was unable to present her victorious cube to him. And trying to find him would be a bit less effective than another viable method. Taking a picture of the solved cube with the cameras implanted in her eyes, she would forcefully connect to the man’s iLac for a moment.

While she was inserting this image into it to alert him that her task was finished, she also noticed several rather inappropriate materials that he should not have the possession of. As such, she also hacked deeper into the device and started deleting all adult-only content from it until there was nothing left.

Leaving but a simple and polite message that reminded him that he should not be so careless with materials like that, she would terminate the connection and get up from her chair. There was plenty of work for her to be done, still. No need to waste much more time inside the guildhall.