Do Demon Lords show up in passport photographs? 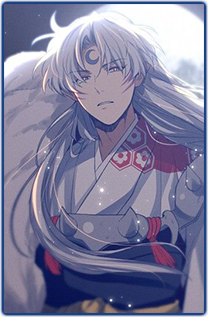 Do Demon Lords show up in passport photographs?

Barnabus
guildless {} D-rank
Word Count: 885 x/y
Tagged: Solo
Muse: This seemed like a good place to start jobs??
Music: Bagatelle No.25 in A Minor, WoO 59 "Fur Elise"
"Parse...Purt?" The Demon lord repeated back to the human in a baffled manner, he was currently standing at the border of trying to travel to another country when a horde of armed humans had swarmed on him. One of them demanding to see his Passport.

"Passport Sir, you cannot cross the border without one." The white-haired fellow would blink at the border control guard in bewilderment, the guard would continue to explain the purpose of such a tool and why the humans used it. Apparently, it was a means to keep track of a thing known as 'immigration' and prevented nations from entering each other's lands without permission. It seemed wildly arbitrary to the Demon Lord if someone entered his lands, he was always welcoming of it. As long as they brought a nice gift or did not attempt to overthrow him. It seemed the humans, however, were much more guarded with one another. So the man would apply for a visa to Hargeon, usually the servants of Lord Barnabus to aid him. They were admittedly quite confused as to why their Lord would even need to handle such matters. He'd heard mutterings from a distance, words like 'Alzheimers' and 'Dementia' were being thrown about. Apparently, the old man whom he'd inhabited had already displayed such traits, and despite the form he now inhabited. They were assuming that his mind had become even more fragile. This suited Icarus quite well, it meant they wouldn't question the gaps in his knowledge, as whilst he knew of some things, the Demon Lord was very much out of the loop when it came to this world.

Within a matter of days, he had arrived in a little place called Hargeon. A rather exciting place if the man ever saw one, it was simply so busy. Bodies were rushing all over the place, children running about, men shouting over the crowds trying to lure patrons over to their stools. The Demon Lord almost appeared to glide through the crowds, eyes wide and face split into an excitable smile. This was surely the reason he'd come to the human world! Such an atmosphere it was. As he made his way to the Passport office, the place seemed to get even busier. It seemed that people were desperately pushing forward in an attempt to get one of these curious little titles. The Demon Lord moved forward passed the crowd, where he would hear shouts of someone 'pushing in the queue'. They were directed towards him, but he paid them no mind. Moving to the front desk where they seemed to be arranging the receipt of such 'Passports'. The Demon Lord stepped up to the desk, much to the begrudgement of a middle-aged woman, he straightened up, clearing his throat loudly.

"Excuse me, female huma- um.. person? Yes, Person! I am here to obtain one of your revered and highly demanded Parsepurt!" He declared loudly, looking rather smug at how he was handling himself. This human would undoubtedly be impressed too. The girl behind the counter stared at him blankly, chewing her gum idly, a tired look on her face. "Sure, whatever, fill out this form, go to the photo booth for a picture and then hand it back to me after." Barnabus stared at her blankly, his gaze following the direction in which she was pointing. He took the paper and pen, this he recognized, travelers had brought stationary to his world before. He moved over to a desk where individuals were filled out forms. He attempted to put the pen to the paper, however, no ink came out. He stared down hard, rubbing the tip against the sheet, each stroke getting more forceful as he did so.

"Um, excuse me Sir? You still have the cap on." Barnabus looked up to seek the source of the voice, it was a rather young woman. Quite pretty, with auburn hair. Barnabus stared at her, not really sure what she was talking about however there was something he did not. The way she was smiling coyly at him, her fluttering eyes, playing with her ponytail in that manner. He would smirk slowly, seeing for himself, an opportunity. He would raise his hand to his head dramatically.

"Ahh! What a fool I am! How tragically embarrassing, I come to these lands thinking I could get by, but alas, I have once again made myself look like a simpleton. It is such a frustrating endeavor, I simply wish to travel the world, so I was told to come here for a Parsepurt, but I am but an illiterate foreigner, unfamiliar with the tools of these lands. I should just retire my dreams, head home and forget my ideals of exploring the wonders this world has to offer, of making friends and perhaps even finding love...!" The girl flushed slightly at his outburst, he had been rather loud and undoubtedly attracted the attention of everyone in the Passport office.

"Um... I guess I could help you if you want." Barnabus's face lit up, his eyes gleaming in a mischievous manner. Hook, line, and sinker. And surely, after getting the girl to fill in his form for him, posing for a rather awkward photo, he was soon wandering out of the doors with a freshly printed passport.

» Demon's Call, Demon's Die. [KebabViking, Gangting][Closed]
» The Olympians in: Of Lords and Imposters!
» To get that One Piece and Lords of the Beach!
» The wandering demon slayer meets a demon and doesn't kill him?(Oblivion/Naraku)
» Sky Demon Slayer | スカイ悪魔 | Sukai Dēmon Sureiyā