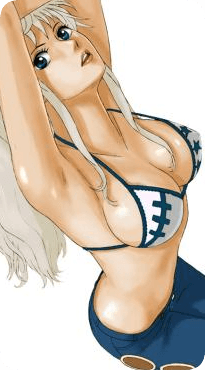 It was a stormy day. The sun was obscured by grey clouds, the sky was dark and the rain pitter-pattered against the rooftops and the sidewalks. Children screamed as they played in the various puddles, parents opened their umbrella's to protect their offspring from the cold pellets falling from the sky. Bianca stood out like a sore thumb in this scene. Her bikini-like top, jeans, and brown ankle boots were not meant for this weather and yet, it hardly bothered her. One of the playful children splashing through the streets saw her fairy tail guild insignia and ran up to her. "Wow, you're a mage!? That's so cool! Fairy Tail is awesome!" The little boy shrieked. It was clear that he was very excited and passionate about this and just as Bianca opened her mouth the boy's mother snapped at him. "Don't talk to her. Just look at the way she's dressed. Get over here!" She yelled from a distance, basically growling at her son.

Bianca was hurt, the woman acted as if she would bite her kid or something. "God lady! I'm not gonna corrupt him!" Bianca shouted as the woman shuffled away through the crowd, holding her child's hand. That didn't stop him from waving goodbye! But that hand was quickly slapped down by his mother. Bianca smiled, then frowned. Maybe he will be a mage one day. The interaction put Bianca in a bad mood and so she did what any normal person would do at 1 pm when they were upset. She found the nearest bar!

Storming in she slammed the door open and walked right up to the bar. It wasn't that busy during these hours. Only a few people sat at the bar with her and the rest were watching a magic screen or playing pool. Bianca ordered a beer and looked around for good company, anyone interesting really.