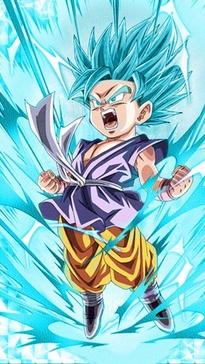 Personality: Sage is a rather calm never really one to fold under pressure. He is someone who takes time to enjoy all walks of never quick to judge. However Sage can become extremely cruel extremely fast. He isn't one to take orders kindly at least from someone he deemed unfit to be a leader. He would make such a thing known if need be. He isn't one to shy away from telling a weak leader if they are weak in his eyes. However, he has no problem following someone who he thinks is a worthy leader. This, in fact, will make him extremely loyal to the bone of himself. Being a leader he takes pride in such a role and will take no drama with his orders. He can at most be very smart about his choices in battle. Seeing a plan through from A to Z. This allows for Sage to apply his ever-changing war plans. These war plans is what he lives by when in battle. He choices to go after the main boss instead of wasting time on his or her grunts. He refuses to allow any mercy to those who deem a threat to him or his cause. For that reason, he is to finish his targets best he sees fit. Out of battle he tends to relax by extending his ever growing mind. Reading books or hearing people tell their stories. All in all Sage is someone that is not for the playing. He prefer to be around those who wish to recreate the world into a better version. A version it once was and anyone who disagree will either join him or feel is wrath at his wrose. So when it comes to the cruel of the world do not overlook him in no way what's do ever.

Guild: (Name of the guild your character is in. Make sure to check out all the possible Guilds before you join one.)
Tattoo: (The guild tattoo. Where is it located and what color is it? Even if you are guildless, please fill this area out in case you join a guild in the future.)
« View previous topic · View next topic »