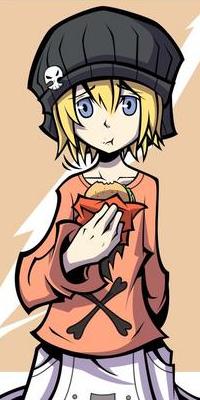 While only a short period of time had passed since Alburn and her had joined Fairy Tail, it felt like she had been here for months already. Settling down was much easier than she had originally anticipated it being. Perhaps it was the people she met with or maybe just because of the fact she could still pursue her adventurous spirit by going on jobs. Whatever the case was, Genesis was now very happy with her new life. However, she had spent most of her time just keeping to herself or around her brother. Perhaps it would be better if she could see the lives of some of the others that lived here.

All she knew was of the nomadic life of a mage, traveling everywhere and never truly settling down. She couldn’t help but wonder what living a completely different life would be. It was all a mystery, one that Genesis wanted to learn for herself.

As she strolled out of the building and down the streets of Magnolia, she would silently observe all the activity that was taking place. Adults were running in and out of the markets, looking for the best ware to buy or sell. Some were out, carrying bottomless baskets of clothes, desperate to do the laundry before the day ended. Most of the children were at school, enjoying their childhood and studying to become the bright-eyed adults of the future. As she walked by the nearby school, Genesis wondered what would life be if she were just a normal girl rather than a mage. Perhaps she would have friends of her own that she would hang out with after school and she would return to a happy family that anticipated her arrival back home…

She wanted nothing more than a family of her own… Genesis loved her brother, of course. But he was the only one she had, and she wanted a father and mother as well. She wouldn’t mind giving up her magic to live at least one day of this so-called normal life. But that was a luxury that she didn’t have and all she would be able to do was to daydream. Letting out a sigh as she finished up her walk, Genesis would begin her walk back to the guild. Tomorrow was just another day.
Noheme

Re: One Normal Day [Noheme]

The solemn singing of birds, blue skies with little imperfections, distant voices of people walking all over the city… all of it was so familiar, yet unnerving at the same time to the huntress. But that was only natural. After all, Joya was her true home. An endless jungle, full of dangers. Her tribe of other fox folks, acting completely different to people of this city, adhering to different rules and traditions. Fairy Tail has become her second home, of sorts. Perhaps a source of entertainment. But would someone actually travel across several nations just for a bit of fun? Well… Noheme certainly did. The only question was whether these feelings were truly honest.

She wore her special cloak again, making her appear as some sort of a large monster made out of black ink, hiding beneath that long light brown cloak as she sat on top of the guild building, staring down on people walking by, not even noticing her illusory horrid form. Watching them all down there felt… oddly calming. Perhaps her life as a huntress was a bit too hectic for her? No, surely not. She adored the thrill of it, the rush she got whenever she was on the hunt, be it for an animal or something much smarter…

However, there was one person who managed to tear her out of this strange melancholic mood. A very small figure, one of a child. Genesis, that was how she introduced herself when they met for the first time not that long ago. She was a curious girl. And very young to be doing proper mage work. Or at least according to standards of some individuals. Noheme herself did not particularly care. Though there was some desire within her, one to speak with this young girl. About what, she had absolutely no idea. But it could not hurt to at least try to bond with her guildmates every now and again.