Job Title: Assassination Contract: Mr. Laurence Silverspoon
Rank: D
Player Requirements: 1-2 mages, at least 500 words per person
Job Requirements: Kill the man. Bonus jewels if you happen to steal the Silverspoon family heirloom.
Job Location: Capital Crocus
Job Description: A wealthy, prestigious, and horribly stingy man, Laurence Silverspoon is known and hated by all. His pretentious laugh, his disregard for the lives and wellbeing of others, and his disgusting habit for hitting on defenseless women has put the town on edge. A group effort was made to write up a message to all the dark guilds across Fiore in a desperate attempt to get rid of the man. It doesn’t matter how you do it, or why you’ve decided to take the job, all they want is for the man to be dead and gone. Unfortunately, though, since he is so high up in social status, it may be a bit difficult to get to him, and when he is dead, stash his body without it being noticed. In addition, if you manage to steal the Silverspoon family’s heirlooms (a collection of antique spoons) at some point throughout the mission, and bring them back to the townspeople, they will reward you with extra jewel.
Enemies:

Weak: Silly Fan Girls
For some reason, these annoying little rich girls are infatuated with Laurence Silverspoon. Well… They’re probably more infatuated by his money… But that’s beside the point! They’re still annoying and they will get in the way of your mission! Take them out by any means necessary.

Normal: Sleeping Security
These guys are just idiots… All they do is sleep on the job. As long as you don’t wake them up, they shouldn’t be a problem at all. But if you do manage to wake them up, they’ll chase after you and throw you out. You’ll have to start the infiltration all over again!

Strong: Guard Dogs
The house that Mr. Silverspoon lives in is surrounded by guard dogs. Nobody knows why they continue to guard the house, considering that Silverspoon hates animals and treats them like garbage… But they do… If they manage to catch up with you, they can deal 0.5 D rank melee damage with their bites. Though, if you happen to be good with animals, you could always just give them a treat and some pets and they would most likely stop. They are doggos, after all.

Boss: Mr. Laurence Silverspoon
Once you’ve made it into the mansion where he lives, you’ll find none other than the jerk himself! He is pretty useless, to be honest. He knows basic “magician” like magic, which is utterly useless in combat situations, but he’ll probably show it off to you anyways. He does, however know karate, and will use that against you. He’s not very good at it, though, so it will only do D rank melee damage if he hits you.

Reward:
2.5k jewels for killing the man, and an extra 2.5k if you manage to steal the family heirloom. 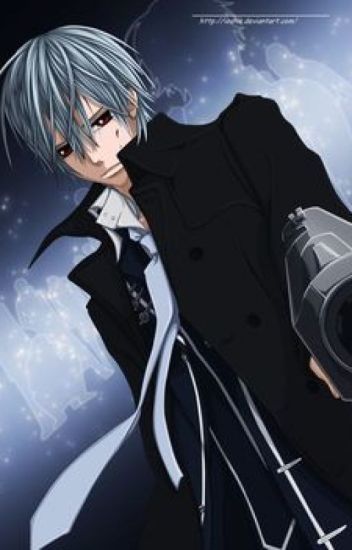 The assassin closed his eyes and listened. He could hear the man talking, bragging, his vice like honey, his words like candy. He was once more attempting to get a female to join him in the bedduar. The guy was despicable, everything the assassin learned about the man caused him to cringe. He was vindictive, greedy, and used people as his play thing. This was one hit the assassin was actually going to enjoy taking out. Currently Deleronark leaned against the bar, sipping his drink. He was gathering intel, studying the man, his habits, his schedule. Not for the first time Deleronark had wished for the ability to turn into a girl, it seemed this man would take anything with breast into his room. That would have made the assassins job hundreds of times easier.

Taking a breath, he stood up, and put a few jewels on the counter paying for his drink and leaving a hefty tip before nodding at the bar maiden. It was time for him to find a stakeout point and get ready.

As soon as the assassin was out the door he would reach into his being and feel his essence drain as the took on the aspect of a creature of the night. The world around him seemed to slow as he sped up. Suddenly the assassin was no longer there, traveling through the streets and a super high speed he stopped in an ally not far from the man’s estate. Holding out his hand he summoned a black mask before equipping it. His hair would suddenly turn a solid brown, his eyes would become clear, and his scent would change entirely. Taking a breath, the assassin broke into the nearby building.

Finding a good vantage point the assassin hid himself in darkness and summoned the ‘Black Widow’ a large heavy caliber rifle, almost solid black and pure metal the rifle had no discernable features or markings. However, if one knew how to inspect it, or take it apart they would find that every inch of the internal metal was covered in intricate runes, including the barrel, and the clip. Then reaching into his bag the masked assassin would bring out his silencer. The item was of special make, able to completely mask the magical aura and sound of fire arm it is equipped to. Attaching it to his rifle the assassin took up position, and waited.

Waiting was always the worst part of the job, yet the assassin knew his opportunity could come in but a second. Taking a deep breath, he watched as Mr. Silverspoon entered the building with a woman attacked to his arm, drooping all over him.

Finally, the opportunity presented itself, as they switched positions Mr. Silverspoon became fully visible, and the target did not put the civilian in danger.

The assassin pulled the trigger.