Victoria was amused when she saw the job notice on Sabertooth's board. It was a call for a housesitter to house-sit for a celebrity violinist in Capital Crocus. The brunette would be glad to take an easy job. Her emotions were still running high from the other day and she needed something simple to ease her back into the swing of things. Even though it was an easy job, Victoria would still take it seriously because she had promised Ryo that she would give her all for the guild.

Wearing a blue t-shirt and black skirt with white tennis shoes, Victoria knocked on the door and was greeted by a bald butler in an immaculate black three-piece suit.

"You must be Miss Sheridan, the mage from Sabertooth." He said to her.

"Yes. I have the job notice with me." She said while showing her guild tattoo to the man. He nodded and read over the job notice. He stepped aside and ushered her in. Victoria found herself standing in a foyer with framed concert posters lining the walls.

"Welcome, Miss Sheridan. I am Marina Renault. You may have heard of me." An aqua-haired young woman in an elegant aqua dress greeted her in the foyer. Flanking her were two men in black suits. Something told Victoria that she should keep her distance.

"I'm pleased to meet you, Miss Renault. I'm afraid that I haven't heard of you." Victoria replied to her.

"I have only risen to prominence in the last few weeks, so it is understandable if you have not heard of me." She explained. She then spoke again.

"I have read about some of your past jobs, Miss Sheridan. I read that in Rose Garden you took down a heavily armed black market syndicate that had been giving the police a lot of trouble. I also read that you rescued a pair of merchants from Silent Cemetery. Those are brave deeds." Marina complimented Victoria one two of the latter's past successes.

"I am not expecting any threats of that caliber, so you should have no trouble tonight. Simply keep my home safe and you will be rewarded. Should you succeed, I may have more work for you in the future." Marina said to her. One of the guard looked at his watch and whispered to her. Marina whispered back in acknowledgement.

"I must go, Miss Sheridan. I will be back around midnight." The violinist said to her before leaving. She took hold of a violin case brought to her by the butler and swiftly exited through a back door. Victoria was on the clock now. If what Marina said was true, this was going to be easy money. 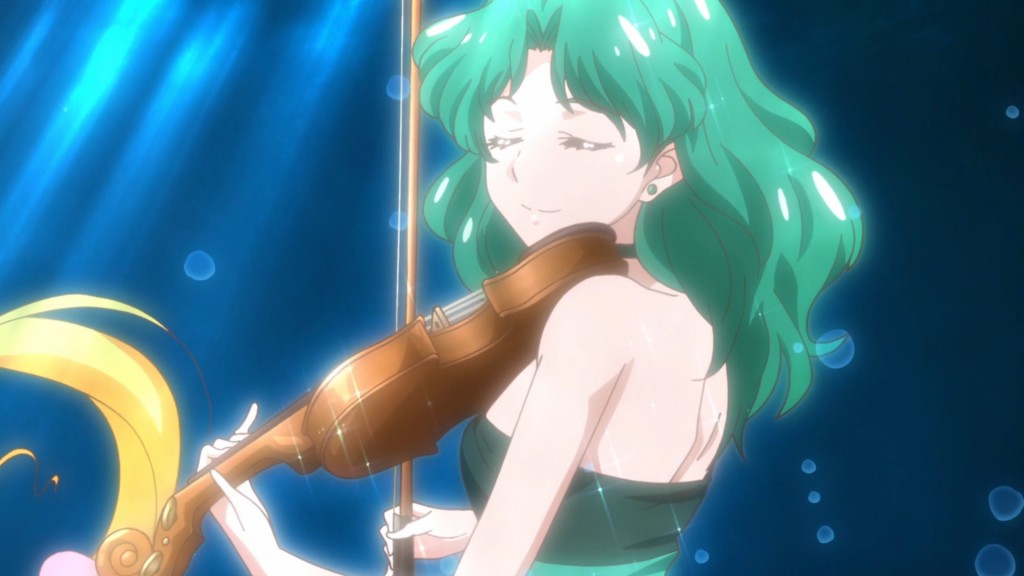 Victoria walked around the house to make sure everything was still in place. The violinist had fourteen other security guards stationed at important places in the house, so it was not like the Sabertooth mage was the only security present. That made her life easier. She did not mind earning easy money for six hours of work.

A pair of guards were sitting in the elegant living room watching the Marina Renault concert on television. All the furniture was genuine brown leather and the television and sound system were state-of-the-art. If she were not constantly on the road, she might be tempted to spring for a television setup that good.

"I heard that the violin Miss Renault uses is pretty old." One of the guards commented to his co-worker. He had blond hair.

"Yeah. It's at least two hundred years old. It's a really special make and model. I heard that there's only one hundred of those violins in the whole world." His black-haired co-worker replied.

"One hundred of them in the whole world?" The blond asked.

"Yeah. Miss Renault could easily sell it and get enough Jewels to buy a small town. Now that she's famous, she could sell the violin for even more Jewels and buy half of Capital Crocus with plenty left over. There's no shortage of wealthy collectors out there who will buy it." The black-haired guard answered.

Victoria left the pair to debate the value of Miss Renault's violin and walked upstairs to check all the windows. She did not want anyone climbing in through the windows and stealing anything. Neglecting that possibility would be the quickest way to ruin an easy job like this one. Victoria need not have worried... security was on the ball. There was a guard in every room on the floor and they were paying close attention to the windows.

Victoria completed a sweep of upstairs and looked at the scenery. Miss Renault had lined the walls with more framed concert posters. The walls themselves were covered in tasteful beige wallpaper. The hall floor was covered in a soft and luxurious red carpet with gold border that Victoria was hesitant to walk on. A brown-haired security guard was standing at the entrance to Marina's bedroom.

"Hey, you're Victoria Sheridan, right?" The young male asked her.

"Yes. Why?" Victoria asked him.

"I'm William Cranston. I'm Ted's older brother. He wrote to me a few weeks ago and talked about you. He said that you offered to help him get away from those Corlones in Rose Garden." William answered.

"Yeah. Even though Black Rose is gone, the offer still stands. I'll try and get him soon." Victoria told William.

"My younger brother's not a bad guy. He just fell in with the wrong crowd. After our parents died in a house fire, he went looking for friends and happened to find the Corlones.. they promised him work and plenty of Jewels." William told her.

"Ted seemed sincere about wanting out. He said that he regretted being their enforcer because he had to do a lot of shady things like beating up people for money they owed the Corlones. His breaking point was when he was ordered to kill me. Ted refused and was beaten up for his trouble." Victoria informed him.

Her conversation with William Cranston really made her think. Was she too late to save Ted from the Corlones? She hoped not. She wanted to give him a chance to start over, just like Ryo had given her a chance to start over in Sabertooth. She would try and help Ted later, but first she had to get through this job.

Victoria walked back downstairs and walked through the living room, where a new pair of guards were watching the concert on television. She walked into the kitchen and met with a trio of guards who were drinking coffee. One of them, a black-haired man with a black mustache, walked over and offered her a nodescript white mug filled with the drink.

"Sure. Thanks." Victoria said while gratefully accepting the mug, grabbing it with both hands. Since it would reflect poorly on her and the guild to drink alcohol while on the job, coffee would suffice. Besides, the job was kind of tedious. Any boost that could get her to the final hour was welcome.

"You've fought necromancers, zombies, and crime syndicates. This kinda work is easy for you. It almost feels like we're wasting your time." The guard opined.

"I don't mind. It's an honest job and one that needs doing. It's not as easy as people think." Victoria replied diplomatically. She did not want to rub them the wrong way because she might be working with them in the future. She also wanted them to trust her to do a good job.

"You got that right. You've got fans literally throwing themselves at Miss Renault after every concert. You've got creeps wanting to break in and steal something of hers. You've got stalkers always trying to kidnap her. It's a tough gig with long hours." He agreed with her. The others voice their agreement. The quartet stood around the kitchen island and drank coffee for awhile while talking about their respective trades.

Victoria made one last sweep of the upstairs area. All the guards were still alive and standing. All of Miss Renault's possessions were still in place. That was a good thing. Victoria quickly made her way downstairs and was just in time to greet the violinist.

"Hello Miss Sheridan. I trust everything went well?" Marina politely asked her. Victoria made sure to keep a respectful distance from the client.

"Yes, Miss Renault. We haven't had any problems. Everything's still in place." Victoria answered politely. The guard from the kitchen spoke up.

"Everything's been fine, Miss Renault. We haven't had any trouble all night." He added.

"I am pleased." Marina announced laconically. The bald butler from earlier walked over to Victoria and presented her with a large bag of Jewels. Victoria took them slowly and respectfully, reaching for the bag with both hands.

"I may have more work for you in the future, Miss Sheridan. I will keep in touch with your guild. Have a good evening." Marina said to her with a smile. Victoria left the house and started back to Ace of Spades. Tonight was a good night.