Description:
Human Subordination Magic allows the user to cast a significant influence over humans and essentially make them your subordinates. This can be used to temporarily weaken the power of humans around and can also be used to kidnap humans to use as a substitute of celestial spirit magic; this, however, would basically work the opposite way, summoning humans instead of celestial spirits.

Strengths:
Enhanced melee combat because of the enemy's losing some fighting power.
Summoning versatility. This is especially versatile because it can summon any human he has captured.
Synchrony with his primary magic. Because his magic allows him to mimic other people, he can mimic his summons physically.

Weaknesses:
No self-using spells. This magic relies on summoning and low amount of another type of spells.
Can never have more than 2 summons out at the same time.
Summons are limited to humans. This means the user can not summon any type of beast, creature, or spirit.
No defensive/offensive spells from Sogeki.

Simple Summon: If not in combat, the user can summon any of the humans in his spells. If they are summoned this way, they have no duration nor cooldown but can not fight or use their abilities for combat.

Vania, the Vampire Girl:
D-Rank Spell Name: Vania, the Vampire Girl
Rank: D
Duration: 4 posts
Cooldown: 3 posts
Type: Summon/Normal
Description: Vania was once a little and talented mage who suddenly disappeared some years ago. She was able to use basic vampire magic and was specialized in supportive spells. She was indeed talented but was unable to get better because of she being kidnaped at the young age of 12. She is very loud and playful and enjoys talking to people. She is 1.2 meters tall and weighs 31 kilograms. She has 50 HP and her basic attacks deal 5 damage. 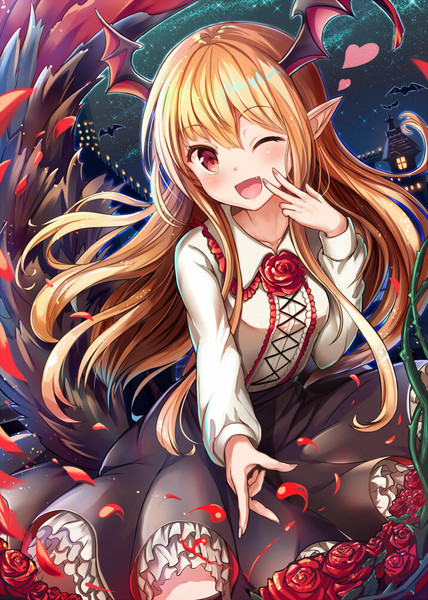 Passive - Vampire: Vania is able to float up to 1 meter high from the ground instead of walking. She is also able to regenerate 3% mana every post to an ally or herself.
Active - Heal Pulse: Vania points her hands towards a target and heals them by 20 HP (D Rank damage). 2 post cooldown.
Strengths:
-Supportive Effects
-Healing abilities.
-Helps mana regeneration.
Weaknesses:
-Single target.
-Easily destroyed since Vania can't defend herself that much.
-No offensive effects.
-No defensive effects.

Gorku, the Human Wall:
C-Rank Spell Name: Gorku, the Human Wall
Rank: C
Duration: 2 posts
Cooldown: 3 posts
Type: Summon/Normal
Description: Gorku was a huge soldier with a thick armor. He has always been slow only being able to move at 10 mph sprinting and 5 running (half a D rank mage). He is 2.5 meters tall and weights 315 kg with his armor. He does not talk except to say "Okey" and his basic attacks deal 11 damage. 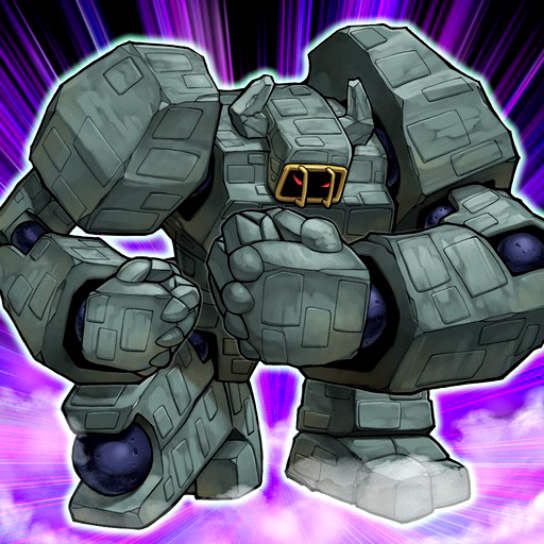 Passive - Armor: Because of the thick armor, he feels no pain when he's attacked and damaged. This does not reduce the damage, but he is capable of fighting even at 1 HP.
Active - Harden: Gorku hardens himself to endure the next attack. This hardening is able to block damage from 2 C Rank spells or a B Rank spell.
Strengths:
-Strong close range.
-Good defensive abilities.
Weaknesses:
-Very slow.
-No offensive abilities but basic attacks.
-He can only harden himself, meaning his active ability will not block AoE spells.

Silvan, the Forest Warden:
A-Rank Spell Name: Silvan, the Forest Warden
Rank: B
Duration: 5 posts
Cooldown: 5 posts
Type: Summon/Grande
Description: Silvan was a ranger who lived in the forest. He was no mage but was a strong warrior capable of defending the forest from most threats. He was a strong long range fighter and killed his targets before they even knew they were being attacked. He is very serious and only follows orders. He is 1.85 meters tall and weighs 82 kilograms. He has a quick but lethal fighting style where he tries to get as far from his target as possible to receive less damage. He has 180 HP and his basic attacks deal 21 damage (without his passive).

Passive - Arrows: By using his bow and arrows, Silvan can make his basic attacks gain a 50-meter range and 25% damage (plus 4) for a total of 25 damage. However, his close range attacks (punches and kicks) will lose 50% of their damage meaning a total of 11 damage only. He can not use more than 3 arrows per post. Arrows travel at 25 meters per second.
Active - Eagle Arrow: By charging his next attack, he throws a powerful arrow dealing B Rank damage (60) and gains a piercing effect. The piercing effect makes the arrow able to destroy a B rank or lower defensive spell but will lose 1 rank in power (20). Clashing against offensive spells, this spell loses half a rank in power against them (10). This has a 100-meter range and a 3 post cooldown. This travels at 35 meters per second.
Strengths:
-His active can destroy B Rank or lower defensive spells.
-Long range
-Strong Range attacks.
Weaknesses:
-Weak close range attacks.
-Single target
-His active is weak against other offensive spells.
-He fears fire magic. If he sees fire magic or any type of fire revolving magic, he will get afraid and reduce his duration to 4 posts as well as his arrows to 2 arrows per post.

Kaori, the Three-Headed Demon:
A-Rank Spell Name: Kaori, the Three-Headed Demon
Rank: A
Duration: 7 posts
Cooldown: 8 posts
Type: Offensive
Description: Kaori was once one of the strongest dark mages in Midi. She was feared by many because of her sadistic nature; however, she was also known for her beauty and power. She practiced a magic known as Human Possession. This magic allowed her to collect human souls and control them by giving them a body to move with. In this case, she used a pair of puppets she likes to call Koko and Mimi. Kaori is 1.71 meters high and weighs 48 kilograms. She has 240 HP and her basic attacks deal 31 damage.

Passive - Koko and Mimi: Koko and Mimi are able to float and move at the same speed an A rank would. They can attack their enemies as an extension of Kaori. Each of them is able to tackle targets dealing B Rank basic attack damage (21). They are an extension, so they can communicate both verbally and telepathically with Kaori; however, the downside is half the damage they receive will be dealt to Kaori instead. This damage stacks, so if they are all hit with a spell at the same time, Kaori would essentially take double the damage. Both of them must stay at least 100 meters away from Kaori maximum and can only fight at a 50 meter range from Kaori.
Active - Power Up: When used, Koko and Mimi will both receive a power up. Koko will be surrounded by red fire, making his next attack deal B Rank Spell Damage (60) instead. Since this is a spell, during the time Koko is attacking, he will receive no damage by the impact and will throw himself like a rocket, moving at 25 meters per second, homing a bit and creating a 5 meter radius explosion on impact. Mimi, however, will gain a defensive buff. She will be surrounded by blue fire and will be able to use a B rank blocking spell by using her body as a shield. This defensive ability can block up to 2 B rank spells or 1 A rank before breaking and damaging Mimi. This has a 2 post cooldown after both buffs were used.
Strengths:
-Kaori is good with both offense and defense.
-Being more than 1 body is good for distractions and multiple attacks.
-A Very versatile way of fighting.
Weaknesses:
-Can effectively receive more damage from Koko and Mimi.
-Because of she being able to use both defensive and offensive with her active ability, the strength of both effects is reduced 1 rank to B rank.
-Mimi and Koko have a limited range.
-Mimi and Koko deal reduced damage.

Dragon Palm:
S-Rank Spell Name: Dragon Palm
Rank: S
Duration: Instant
Cooldown: 6 posts
Type: Summon/Immaculate
Description: By gathering enough magic power in the user's palm, he is able to strike an enemy dealing full S rank damage and then generating a 50 meter radius explosion dealing 75% S rank damage (75 hp) to anyone in the area.
Strengths:
-Multiple enemies hit.
-Strong melee damage.
-Acts like a normal spell can be used to clash with other B Rank spells (explosion will happen after clash).
Weaknesses:
-Not ally friendly.
-No range.
-If the first blow hits no target, the explosion will not happen (target can be non-living things).
-Cant be holding a weapon.

Signature Spell:
S-Rank Signature Spell Name: Weakness
Rank: S
Duration: 3 posts
Cooldown: 3 posts
Type: Supportive
Description: The user weakens every human around him (80 meter radius). This weakness decreases the power of any spell cast by 2 ranks but damage can never go below D Rank. This means a B rank spell would deal D rank damage instead. This also makes humans slightly clunkier in melee combat and reduce physical damage by 1 rank.
Strengths:
-Weakens all defensive and offensive spells.
-Low cooldown.
-Affects many. AoE.
Weaknesses:
-He is the only one not being affected. So not ally friendly, allies will also receive this weakness, making them as useless as the enemy's affected by this spell.
-Won't affect summons or summoning spells. It won't make them weaker.
-It doesn't affect supportive spells, they will keep their original power.
-Does not affect healing effects, they heal as much as they would.
-This affects the user's summons since they are after all humans.