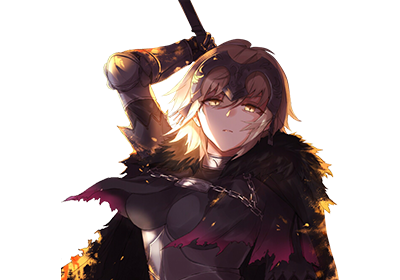 Marianna † Guildless † D-Rank
It would not be very often that you would see a tall figure hidden beneath a sheet of thick leather walking outside during midnight. Not here at least, Rose Garden was one of the more 'proper' places out there if you would. Simply because it housed one of the larger of legal guilds, Black Rose, the amount of suspicious and dangerous individuals was quite low on all accounts. But this one didn't quite care for that, as she was pursuing a certain task. Her appearance right now was just something that others would have to deal with, for it was something that she got used to these past few weeks. Walking down the brightly lit streets, the figure would pull down the hoodie even further to cover face of whoever was beneath the leather coat, making sure no light would illuminate it at all. It was only natural that many different stares would penetrated this person, at least until they finally arrived at their desired destination.

A small looking establishment, a mostly wooden structure that was fitted between two other buildings. But unlike those, this one had a proper visage that could attract one's eye, decorations adorning the beautifully carved doors and vines creeping down intricate wooden walls. While it was indeed pretty and worthy of being gazed upon, that was not what the figured wanted. Deciding that staying outside should be left for another time, a slender pale hand emerged from the coat and pushed the door open. What was shown afterwards was a warm and welcoming interior of a smaller family restaurant of sorts, some costumers still present and enjoying their rather late-night dinners as waiters and waitresses moved about, fulfilling their duties.

Soon, a fancy dressed man, presumably the owner, came straight to the hooded figure with the intent of greeting whoever it was. His expression was somewhat skeptical and understandably so. Thankfully, it changes soon as this person removed the hood that was covering their entire body. In an instant, a beautiful lady with long platinum hair was revealed, her golden orbs almost emitting light in the somewhat romantically lit restaurant. Appearance like that changed the impression everyone was getting from her in an instant, showing just how much looks mattered in this day and age. The man clapped his hands.

Now he knew who she was and why she was here. The girl merely nodded and smiled warmly, following behind the man's steps. Going through the doors meant only for employees of this place, the soon found themselves in the kitchen and even further beyond that, going down into the damp and cold cellar. Wearing clothes as light as the girl did, many would surely start freezing and shaking at this point. But alas, she did not flinch one bit. After all, her body was quite different from the one that regular mortals possessed. Now only mere steps away, they finally approached the object of interest.

A rather large cabinet, filled with various wine bottles. All were of different quality, but most of them seemed quite exquisite indeed. But a certain one stood out much more than the rest. That was the girl's task for tonight. Simply tasting this home-brewed wine for the owner, so that he could make sure it was fine for all the other costumers as well. A somewhat cruel move in a way, especially if the wine would not be very well made. But Marianna was quite good for the task, as she adored wine. After all, it was a drink rather close to blood.

All in all, she enjoyed this pleasant evening. The wine turned out to be just fine, it's smell rather good too. It delighted the owner who repaid the favor with a voucher rather than with Jewels. She was free to return to this place and order anything at all for free with this. Though the female threw the ticket away as soon as she left the building, doubting that she would ever bother going back here again. This was but a one-time job in the end. And she had no desire at all to indulge in meals for humans. At least not anytime soon. With that, this ordeal was over. But there was still more that the vampire had to do in Rose Garden, and so she would start walking towards her next destination, her figure once more hidden in the dark leather coat.