It had been some time since Almyra had visited Ald Ruhn, the palace made as a safe haven for those mages who chose not to join a guild. She had lived here for a time, well, if one could ever say she lived in any single place for an extended time. But when she did grow weary of her wandering, she would often return here, until she met Anastasia and Ashe, of course. Shortly after they had met, she had come to use Ana's airship as her home, where she would leave whatever nifty knickknacks she had picked up in her travels.

She had never really moved everything onto the ship though, she still had her room in this place with various clutter she had found in her adventures that she enjoyed, along with some notes she may have forgotten. Besides, she wanted to show her sister the place, since she was excited to see it, and approved of at least one city that was happy to cater to mages who chose not to join any organizations that were really intended to help the government keep tabs on them. 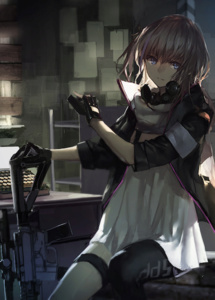 This is the first time Dovey has entered Ald Ruhn. The palace has almost the same atmosphere as her home outside Fiore, it's just that this area is shared with people she isn't acquainted to. She has recognized most guilds but isn't certain whether or not when the time is actually right to join one. Maybe wait for a weekend or two; the time until she is used to this country. So her decision was made to come by here, where it's safe for all guildless mages.  She'll know that she will come across many nice people but to her it can be a bit tempting since she's not used to introducing herself with new faces. Dovey has already made friends and are recently roomates with Kaisto and his companion, Bastet. They were one of her first friends on her journey here.

As Almyra came around a corner, she spotted someone else. The sight of another person in the castle made her ecstatic. She was already rather exciteable, especially when it came to meeting new people. This was different though. Not only was it a new person, but it was a new person where she didn't usually get to meet new people. Upon noticing Dovey, she quickly closed the distance to her, waving her left arm, forgetting the fact that that hand was missing, causing the sleeve of her shirt to flap around as she waved.

Dovey flinches as the girl greeted her from afar distance. She watches her walking closer and closer with an excited expression. Was she talking to someone else? She rotated her head left to right, no one seemed to receive the attention of Almyra but herself. Damn, she's talking to her. She's been noticed! 'Calm down girl, you've done this before with Bastet and Kaisto.' she thought to herself gripping onto the cuffs of her sleeves. Regaining her confidence, Dovey takes a deep breath and slowly exhales.

The other girl acknowledged her! This only made Almy more excited as not only was this a new person, but a new person who was willing to talk, or at least that's what Almyra interpreted her rather stiff wave in response to her own. Needless to say, the now further energized Almyra began to locomote in the direction of the new potential friend. The speed of her approach may even be considered frightening by some. The fact that her arms were spread wide for a hug in addition to the fact that the only thing in her hand was a harmless little ragdoll would hopefully provide some comfort to Dovey as the woman skittered up to her and attempted to give her a hug in greeting.

After a brief, but warm embrace (if Dovey didn't avoid the hug), Almy would smile at the other woman and introduce herself rather bluntly. "I'm Almyra!" While she certainly loved social interactions, she wasn't the best at starting them.

The wave she made has enlighten the girl with more excitement. Seeing Almyra dash towards Dovey, makes her have the the urge to step back because of her unexpected acceleration. But she stayed where she was anyway. What Dovey spotted when Almyra spread her arms, her ragdoll too seems to spread its own arms within the air, clasped onto her hand. The girl that was very nice to greet her, wraps her arms into a pleasant hug. Dovey didn't avoid the hug--she just didn't know how to react even to those she hasn't been familiar yet. She then realizes Almyra's humble and friendly nature noting her love for people. She just wanted to be acknowledged, so what else was there to do than to accept it?

Almyra's smile grew a bit as Dovey responded to the embrace. She gently squeezed the other girl a bit before letting her go. "It's nice to meet you, Dovey." She said. Dovey... she hadn't heard a name like that before. It was pretty, then again, most things were pretty from Almyra's point of view. She looked into Dovey's eyes, her smile still on her face.

She never thought she'd be noticed on her first day in Ald Ruhn. "It's nice to meet you too, Almyra." Saying the girl's name for the first time; it seemed like she's heard of it but has been rarely mentioned. The atmosphere around Almyra in her point of view was in a very positive sense, another person who she can easily go along with.

Dovey respectfully replies to Almyra's statement. "Yes, this is the first time I have visited Ald Ruhn. I don't mind taking a nice little tour around this area." Part of the tour thing was true, it's just that she thinks she's a bit, well--lost. She was too curious into going inside, she didn't bother to plan out where to go next, how to exit or even bring along a single map to guide her. Dovey would simply ask other fellow guildess wizards for assistance but would, after sudden thoughts, backs away. She lacks some social skills to the external world, not being allowed outside of her stately home was one and to be stuck growing up with obnoxious male cousins to barely any aunts and most uncles until she was in the age of 16.
_____________________________________________________________________________________
Dovey P. Hajime~Onyx Weapon Shift