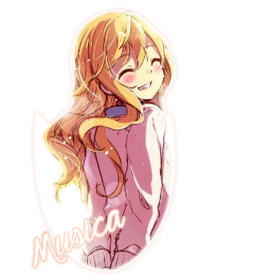 Job Title: Tag!
Rank: D Rank
Player Requirements: Any Rank any amount of players
Job Requirements: 500 words minimum PER PLAYER (+200 per player beyond the 2nd)
Job Location: Magnolia, East Garden
Job Description: Some kids have asked you to play tag with them, so... go play tag. 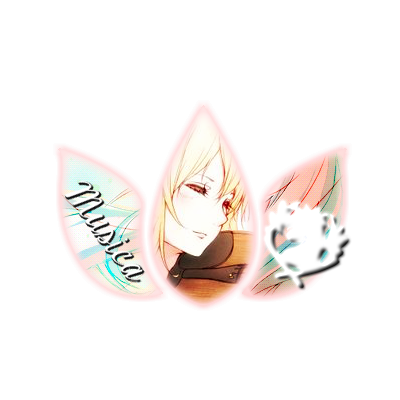 Tag, a game that young children seemed to enjoy playing so much was very interesting in her opinion. It was merely a game of cat and mouse, except when the mouse is caught they became the cat. She could see the appeal in the game as well as the dark meaning behind it however Musica didn’t want to ruin a child’s innocence with her dark thoughts. She needed to be the perky, sweet Musica everyone knew her as, not the sad and gloomy person she was within her head. She was approached by a group of kids when she was at Magnolia whom had asked her if she wanted to play tag. Not wanting to let down a group of children she accepted their offer. After placing down her belongings they began the game.

Almost immediately the kids decided to assign her as “it”. The leader of the group of kids a young boy with a cute face explained the boundaries of the game: the park that they were in. He stated that when who’s “it” caught all the kids they would win, but if they weren’t caught by sundown the people who weren’t it would win the game. After a quick count down, the game between the kids and Musica had begun.

The kids scrambled off, in their own speeds. Musica began to chase after them, a young girl wearing a pink dress tripped and fell and was unable to recover herself before Musica grabbed her hand to pull her up, which had also meant that she had tagged her. The girl pouted as she accompanied her in catching the rest of her friends. Her next target was a rather large boy who despite his appearance moved pretty quickly. She admired how he tried his hardest not to get caught however with a quick sprint she gave him a pat in the head before running after the other children. There were only 2 more people whom were not it. She quickly set off after the remaining too, however they themselves seemed to disappear. Musica was unsure where they were until she heard a chuckle and looked up too seeing a girl hiding in a tree before she jumped down and began to run. Musica ran after her however that girl was very fast. However she noticed something that could be used as a short cut. Taking this short cut she quickly caught the girl with a giggle. Now it was time to find the boy.