You are to be the dates for a noble to a ball. They couldn't get dates due to a few complications of their attitude. We would be truly happy if you can change the young lady's/gentlemen's attitudes so they are no longer so rude. The young ladies/men were never like this while their mother was alive, but after the loss of her they suffered a great deal of hardships and they changed from the sweet little girls/boys they were to the rude women/men now. It would be great if they can smile again.
I ruffled through a piece of parchment for an address, and stared at the large mansion in front of me, “Oh my.”
Why did I even take this job? I don’t even know if the person’s a boy or a girl. I flushed and made my way up to the porch. Before I knocked, I brushed my off my shoulders and adjusted my tie. When I first tapped on the door, a boisterous crash came tumbling from inside.
“I’m coming!” A masculine voice slammed into the door and nearly fell onto the ground when he opened it.
God help me, I cringed at the unfinished bow tie, untucked shirt and sagging pants.
“So an old man is gonna be my babysitter this year?”
BlackxRose

“I hope you know,” his expression changed at the youth in my voice, “that I’m barely a year older than you.”
“No way!” He pinched at my cheeks and pulled at my grey hairs. I gently pushed him off of me when he leaned in closer.
“Stand still,” I bent over in front of him and immediately began to adjust his outfit, “I’m going to fix this mess. Do you have a belt?”
“Whoa man,” He shoved me backwards, “you’re a little too close for comfort.”
I stared right into his eyes, “You look ridiculously informal. Would your mother let you go out like this?”
He gulped and his eyes began to well up. I instantly regret those words, and placed my hands on his shoulders to look into his eyes.
“That was out of line,” I sighed, “I’m sorry.”
“Go ahead,” he quivered, “fix what you need to.”
I went back to work, and by the time I was done with his tie, shirt, and pants, he looked as dashing as ever.
“Now you’re ready.” I turned him around to look at his reflection in the window.
He smiled widely, “Wow, I look better than you do.”
“Whatever, we’re already twenty minutes late. We gotta go,” I dragged him by the wrist to the carriage, still waiting outside of the gate. As soon as the horse ride began, he glanced through the window, and eventually rolled it down. When we were about to step out of the carriage, he stayed inside.
BlackxRose

“What are you doing?” I said, trying to gesture him to come out.
“I don’t even wanna go.” He crossed his arms and scrunched his face.
Ugh, I crawled back inside, telling the driver to give us a minute, “I’m going to tell you something very important, uh, I never caught your name.”
“It’s Wyatt.”
“Here’s the deal,” I sternly stated, “you’re lucky you’ve even been invited to one of these. As a child, I could never even dream of something this big. Too many other people are willing to take your place right now, so you’re going to come down, we’re going to dance, and you’re going to appreciate it.”
He blinked, and I prayed I got my message across all right. I stepped down from the cart again, and he took my hand as he stepped down. A long red carpet welcomed us into the large hall. Camera flashes followed us down the path. I opened the door and held it for the nobleman, and checked us in with the hostess.
“Our table is over here.” I pulled out a seat for him before taking my own.
After one glass of champagne, which I passed up while my date quickly guzzled it.
BlackxRose

“It’s really a sipping drink you know,” I said.
“You didn’t even have a glass.” He replied.
“I know.” I stood up and rested on the back of his chair, “But other than that, would you like to dance?”
He flushed, “Pfft. No.”
I laughed, “Why not?”
He snickered as well, and I took his hand to the dance floor.
“What are you doing?”
“We’re gonna have at least some fun tonight.”
“I really don’t want to.” Another song finished once we stepped on, and a slower song began.
“At least once.” I begged, and he finally came through.
“They’re waltzing,” he mumbled, “what do we do?”
I glanced at everyone else, “Uhm, put one hand on my hip, and the other…in mine.”
“There’s no way you’re making me—
“Go with it.”
We both blushed completely when I grabbed his clammy hand and rested my other hand on his shoulder. I carefully examined everyone’s steps and tried to follow along. We spent five minutes on each other’s heels, literally. I stepped on his shoes seemingly with every step. The slow song was nearly endless, and I was grateful it ended when it did.
“Excuse me for a second Wyatt.” I got out of my seat, “I’m going to use the restroom.”
“Okay.” He responded and a waiter came by to refill our drinks.
BlackxRose

I spent a moment in the restroom to wash my face and such. When I returned to our table, he had disappeared. I cursed under my breath and sewed through the crowds searching for him. He was out on the porch when I found him, leaning over the balcony.
“What are you doing out here?” I beckoned.
“It’s too hot inside there.” He complained and tugged at his collar for exaggeration, “It’s much better outside.”
I leaned next to him, staring out into the city in front of us, “I hope that, after tonight, you realize that this isn’t solely for you. Other people are here, and if you don’t consider their feelings, yours are just as invalid.”
“Of course they are,” he replied, and plucked a rose from the tiny bush by the door, “for someone who lost his mother, who was his everything I might add, and experienced a life’s worth of hardship, accommodations for him are invalid.”
Rich people, I seethed with frustration, “Come with me.”
I followed the steps down into the garden, and gestured Wyatt to follow. I toured around the pond, shining evanescently under the moonlight. Once we were far enough from the blaring lights and music, I sat him down at a bench.
BlackxRose 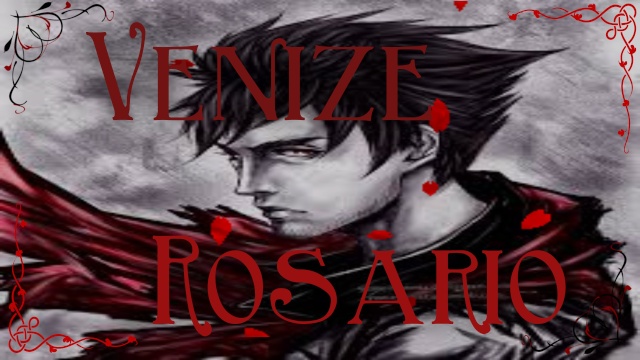