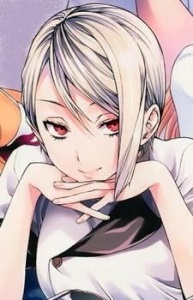 It was a rather pleasent day for traversing the woodlands. Well, it was if you liked rolling mists curling along the ground and sun barely being able to pierce the dense clouds. It was perfect for this kind of woodland though. For this was the spooky forest and the atmosphere right now truly exemplified that name. Now why would anyone enter a forest when it was so spooky? Surely no-one would enter it, would they? After all, the monsters that supposedly roamed it were said to be quite fearsome and then if those didn't bother you at all there was also the fact it was the rumoured location of the Savage Skull guild.

And yet despite all of this a young woman with hair as white as snow and eyes as red as the rose walked through the mist seemingly without a care in the world. Why would an unarmed women traverse such a place alone? There was a simple answer to that. For a flower.
« View previous topic · View next topic »