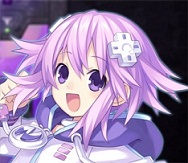 Aria watched as her partner traverse the path with great speed, only to disappear shortly behind a curtain of fire and smoke. Elyx was right, there were tons of mines up ahead and he had managed to set some of them off which in turn had triggered a chain reaction.

The she phoenix realizing that they were not far enough from the blast shouted out.

Ignite called it right, for after the explosion of fire and smoke came the shock wave and splintered rocks that flew at high speeds. Unfortunately for Aria, the warning did not reach her on time. A stray rock struck her mask. The mask did deflect the attack but because of the speed the rock was launched it recoiled causing her face to be smashed in and taking Aria down. Once eruption subsided, the she phoenix went to her side and clasped her in her arms.

Hey are you alright? the she phoenix inquired.

Yes im alright, you go on ahead.

A nod from the She Phoenix, she decided to move on forward, believing the other mage. Holler if you need help. It pains me to leave you alone you know. Ignite explained, then with that, she instantly ran towards the smoke, her body causing the cave to glow through the smoke. Within a couple of seconds, she would be gone. Her nose was not phase by the smoke, she was used to fire, she was literally fire. Hopefully Aria would not be in any sort of trouble while the She Phoenix was gone... Hopefully...

Elyx in the meantime found the man himself, setting up another mine. You bastard! The boy exclaimed, a quick slice from above. The bomber dodged by jumping to the side, the bomb exploding instantly from this point. The man laughed, as if it were a success. That was too easy! You fell for that ol tri- Cutoff with a slice of the blade the the chin, heavy amounts of blood being lost instantly. Yes, the Violinist took the explosion, but his body was much stronger than that. He took the explosion without even flinching. Y-You lived!? The bomber exclaimed, only for the boy to reply with another slice before a small sentence followed after, more blood being lost from the chin. And you're dead! An exclaim. It was not a hollow threat, it was a promise.
Aria

It had been a minute or so when Ignite left her by herself. Aria still felt her face sting a little but her mask had healed any superficial wounds,still she felt something was off, she was nauseous for some reason and she felt really weak. Aria tried to get up from her sitting position when a sharp pain raced through her abdominal area.

She looked down to see a dark stain on her clothes, it was seeping blood. She was so focused on healing the wound on her face that she had failed to notice a sharp rock puncture her on the side. And the worst part of it was Ignite was already gone. She tried to call out to the she phoenix or her partner but no voice came out. She struggled to get up but it proved to be quite a hurdle.

I got this Elyx! Let me handle it! The She Phoenix exclaimed from behind, a palm of fire ready to strike. The bomber was ready for the boy, not Ignite. So when she came and pumped his stomach full of fire to send him flying away, an explosion upon impact occurred, sending the enemy flying through the cave with ease. It was too easy, the man had no chance at defending himself. This truly was a C rank job, and though it was easy, it was spent with someone in his guild he cared about much.

Elyx stepped back into the dust, noticing Aria was not with the She Phoenix. To check on her was a nice idea, and though he was not used to the smoke, he tried to navigate anyways. It only took a few seconds for his ears to pick up on the familiar voice, a scream in the distance with enough force to shatter his ears. It was that painful to him, never again did he want to hear it. ARIA! ARIA! I'M COMING! An exclaim, followed by his body blurring due to his intense amounts of running through the cave. It was a hard to travel through area, but the boy managed to find her limp body on the ground. No blood or scratches at first sight, most likely suffocation. He bent he knees towards her body, feeling her wrist. A pulse, beautiful! I have to get her out of here! And with that, he carried her in his arms by lifting her body slowly. Her folded legs in his right hand, her back in his left hand. From there, he took gentle steps away so that he could get to the entrance of the cave.
Aria

A mild ray of light coming from a window shone on the face of a sleeping figure on the hospital bed, causing the said person to stir and slowly break free from the grasps of slumber. Almond shaped eyes slowly opened, its light purple irises grew wide as if they were in shock. The ghost mage tried to sit up but found it hard to do, it felt like her body had lying in bed for weeks.

Actually that is exactly what had happened. After finishing their mission, Elyx had taken her to that medical facility. The doctors managed to stitch her up but her face had taken so much damaged that it warped her face a bit. The doctors had no choice but to operate on her face, reconstructive surgery that had altered her face completely, and she still had no clue about it.

Light purple eyes scanned her surroundings, it was a small room with with white painted walls and white painted ceilings. Actually everything was white, from the instruments, bed sheets and counter tops. The only thing that didnt match the white motif of the room was the red tiled floor and the brown haired person that was sleeping by the edge of her bed.

Aria smiled. She was about to tussle his hair when the She Phoenix came barging in through the door and started screaming.

If there were many things in life that a Guild Ace could regret, it's seeing one of his members so severely hurt and had to make arrangements for a whole operation, a new plastic surgery. It was almost enough to make him shed a tear, but the fact that he had to remain strong for his guild, he held back all of his feelings, almost seemingly emotionless. He made a request to stay here for as long as he needed with Aria until she recovered, and not once did he ever leave the hospital until it was all over. Ordering delivery for himself and Ignite, though she did tend to get out at times to get some food as well. The jewel cost was heavy, but he wanted to make sure that Aria was all right. He even slept by the side of her hospital bed as well, refusing to even leave the building. So when he heard Ignite come in, screaming that she was awake...

He eyes opened up quickly and looked up to see the new Aria, and instantly, his eyes filled with sadness, no matter how much he tried to hold the emotion back. Aria... An attempt at a formal apology, one where he would dip his head and softly ask for her forgiveness. To see a guild member hurt though, and now she was back... I'm so sorry! An exclaim before he softly embraced her. This is all my fault... I should have never left you alone... Please, can you forgive my life?
Aria

Aria was smothered with her partner's embrace. She was confused why her partner was asking for forgiveness. If anyone were to be blamed for her current predicament, it would have to be herself. For being careless at critical moments and for keeping her injury a secret from the she phoenix. She rubbed her hands all over his back at an attempt to sooth the guilt that he was feeling.

Shhh, its alright. You got me out of there and im still alive, that's all that matters.

The she phoenix chirped before she joined in on the hug. They were in that position when the nurse cam and said.

Ahem, I understand your all happy but the bed can only support one person so thank you.

The three broke up the hug fest and looked at each other before all three broke out into laughter. Then Elyx and Ignite began to explain everything that had happened after Aria lost consciousness. How Elyx managed to destroy the mad bomber, how she was taken to the hospital, how they blew all their earning from that mission for her operation and how she got the new face.

Aria still cant believe her eyes as she viewed the mirror. She looked younger plus she loved how her face was always happy.  She hugged Ignite and Elyx once again as she said in a happy voice.