Username: HirokoD
Secondary Magic Name: Vehicle Magic
Evidence of Accomplishment: (insert link to training thread)
Description: This magic is based on the summoning of massive weapons for his use. This weapons are vehicles with extreme capabilities that ma look terrifying, but do have a great weakness. Anyone in a vehicle will suffer damage, and not a little amount, but will receive damage equal to half the spells rank, some will deal even more. Many of this spells are better in massive battles than individual battles.
Strengths:
-The user can manipulate these vehicles better than anyone.
-Spells can be canceled but the cooldown will apply normal.
-The user is able to summon many vehicles instead of only one. If this is done, he has to pay double MP.
Weakness:
-Only one spell can be in activation at the time.
-If the vehicle is destroyed with someone inside, they will receive damage equal to half the vehicle rank.
-The user can’t use spells while he is controlling some of the vehicles.
-If B or higher ranked vehicles are destroyed, they won’t be able to be summoned until the end of the thread.
Abilities:
- Mechanic Knowledge - The user is used to the use of mechanic vehicle. This is why he needs to be able to fix anything if necessary. This is way he has a complete knowledge about mechanics and the basics of some science.

- Perfect Movement – The same, since he is used to move I vehicles, he is an expert in these and can easily use them better than almost anyone.

D rank:
D-Rank Spell Name: Black Falcon
Rank: D
Type: Vehicle
Description: The user summons a black motorcycle that can be used by anyone. He can summon up to three of them, but usually summons only one for his proposals. The motorcycle can reach up to 140 m/h. It can’t fly but it can plain by extending a pair of wings in each side. It can resist up to 4 D rank spells or equivalent but it has no offensive proposals. 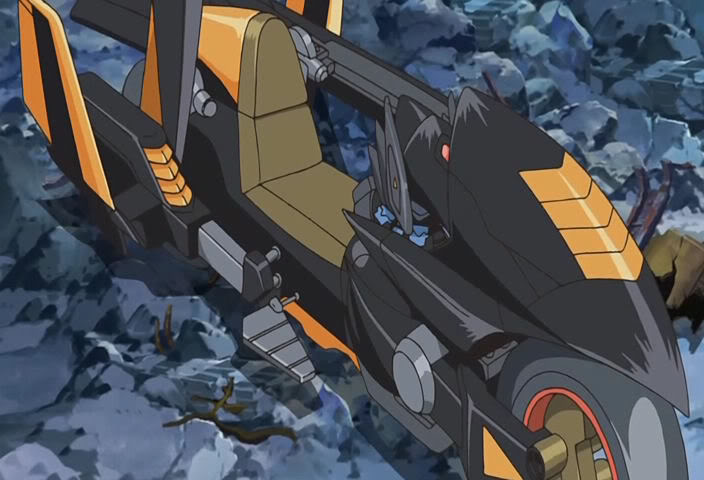 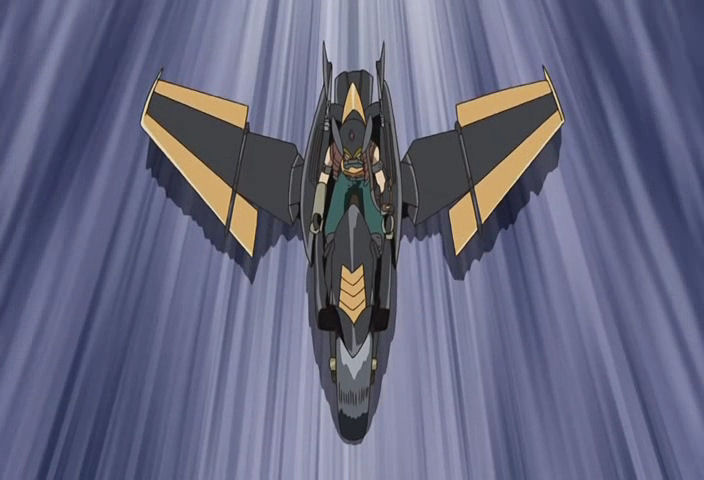 Strengths:
-It can reach high speeds very easily.
-It can resist up to 4 D ran spells or equivalent. It’s very resistant.
-It can summon more than one.
-Duration: 3 posts
Weaknesses:
-Can’t fly.
-Has no offensive capabilities.
-Each motorcycle can only take one person at the time.
-Only Hiroko can ride them as good as possible. Other people won’t really know how to ride them.
-Cooldown: 4 posts

C rank:
C-Rank Spell Name: White Uni-Board
Rank: C
Type: Vehicle
Description: The user summons up to three white flying boards (like the one the green goblin has) for him and his allies. The vehicle can fly up to 500 meters from the ground. It can resist 2 C rank spells or equivalent and can reach up to 175 m/h. It has a magnetic system that allows the user to get attached to the board so he doesn’t fall. This also means electric and metal attacks will easily hit. The board has offensive abilities. It has four missiles and a mini machine gun. Each missile does half C rank damage (one D rank damage) and tracks the enemy down. The machine gun does the same damage when it hits the enemy. 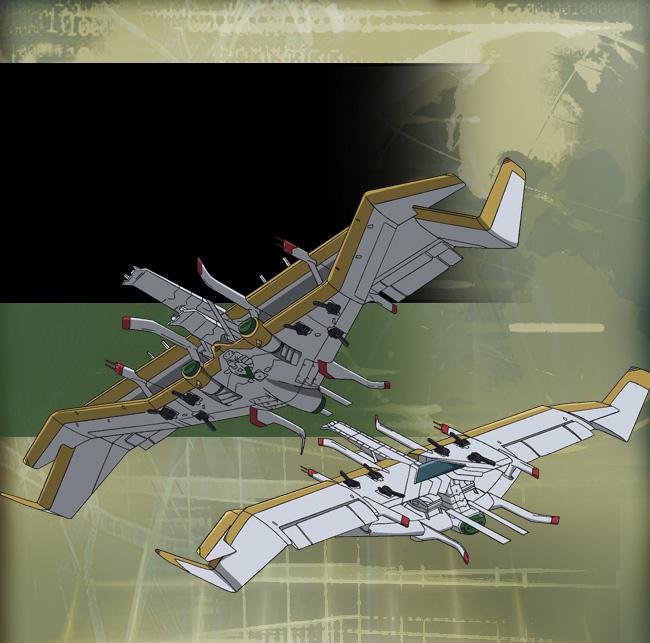 Strengths:
-It has good offensive abilities.
-It can summon more than one for allies.
-It can fly.
-Duration: 4 posts
Weaknesses:
-The rider has to be well prepared for the vehicle to be able to use it completely correct.
-It is easily hit by thunder and metal spells.
-The user can also be hit instead of the vehicle having them take the damage.
-Only one person can be aboard of each vehicle.
-It can only fly up to 500 meters high
-Cooldown: 6 posts

B-rank:
B-Rank Spell Name: Hyper Flare
Rank: B
Type: Vehicle
Description: The user summons up to two of this big (10 meters) space ships. This can only be controlled by a specialist that knows mechanics, someone smart enough or someone use to do stuff like that. It can carry with up to six people besides the conductor. It can take up to 3 B rank damage. It can launch two missiles per post, these do half B rank damage and can track enemies. It also has a turret that does the same damage if it hits the enemy. The ship also counts with a shield that can block up to one C rank spell. It can reach 470 m/h in a straight line and 300 m/h in any other direction. It can go under water. It can be used as a helicopter too having it staying in it’s position and stop moving.

Strengths:
-Great offensive abilities.
-Good defensive abilities too.
-Very fast.
-It can go under water.
Duration: 5 posts
Weaknesses:
-It can only be used by a specialist.
-Only two missiles may be launched in each post.
-People inside can’t use offensive or defensive spells. If they do, the ship will fall and cause B rank damage to each of them.
-If the plain is destroyed, the rider will receive B rank damage. If he is going at a high speed, it does another B rank damage.
-Hirko can’t use spells inside.
-It moves only at 50 m/h under water.
-High cooldown: 10 posts

A-rank:
A-Rank Spell Name: Sky Fighter
Rank: A
Type: Vehicle
Description: The user summons a giant space ship. It can take up to twenty persons but has to have at least one person who can command the ship, it has to be a specialist for this things. The ship has many capabilities. It can reach only 200 m/h, but only out of a fight. In fights, it will only move at about 20 m/h. It has many proposals and functions. Since it’s a easy target, it can resist many hits, 4 A rank spells or equivalent. But it can only use one attack or ability per post. It has 3 abilities.

Bombard Order:
Description: The user will order and make the ship drop many bombs causing explosions with a 5 meter radius and deal B rank damage. The ship drops fifteen of these bombs. This will work against giant enemies or massive amount of enemies, otherwise, it will basically do only one B rank to the target and that's it.
Laser Cannon

Laser Cannon:
Description: The user will order and make the ship charge a light based blue beam that will then shoot a giant ray towards a zone having a 10 meter radius. It will do A rank damage to all the damaged zone.

Crystal Shield:
Description: The user will order and make the ship generate a light based blue chrysalis shield around the ship. It will be able to block any one B rank attack or lower.

Strengths:
-It has a great amount of abilities.
-It has a great defensive ability as well.
-It can reach high speeds carrying many people.
-Good for massive battles.
-Duration: 8 posts.
Weaknesses:
-Only one ability can be used per post.
-A ability can’t repeat more than one post, if you use laser cannon in post one, you can’t use it in post two.
-Crystal Shield will nullify all other magic inside the shield for that post, that will have the user be unable to use spells.
If the vehicle is destroyed, everyone inside will suffer an explosion dealing S rank damage.
-Bomber will also harm allies.
-Laser will also harm allies in the affected zone.
-Huge cooldown: 16 posts
-The user must pay double MP to cast.
-Hiroko can’t use other spells inside. (Others either)
-Bad against low amount enemies.
-Lightning attacks will do double damage.

S-rank:
S-Rank Spell Name: Hiroko’s Personal War Machine
Rank: S
Type: Vehicle
Description: The user summons a four meter tall robot. It can only be controlled by Hiroko and can’t have anyone else inside. The robot can fly and reach up to 100 m/h. It has four laser wings that can cut threw any non-magical material. It also counts with two swords that deal B rank damage but can destroy any A rank or lower defense. It can resist 2 S rank spells or equivalent. It has a great movement making it very hard for someone to hit this massive machine. The only easy way to deal damage is using a spell that attacks a big zone.
Strengths:
-It has a powerful offensive ability being able to cut threw defensive spells.
-It can fly at high speed with easy maneuver.
-It has a good resistance.
-Duration: Up to 9 posts.
Weaknesses:
-Only Hiroko can use it.
-If it is destroyed, everyone 1 meter near will receive one A rank damage because including Hiroko.
-It has no range capabilities.
-It can’t carry with nobody except for Hiroko.
-Cooldown: 11 posts.