The gunman managed to get the shot off on Alexei, and started to swear to himself as he missed. He suddenly felt a bolt of pain travel through him as Almyra's Hand of Change impacted his back, and then felt the knife slide between his ribs, letting out a pain-filled scream. He doubled over, so Almyra followed up with a blow to the back of the neck as she pulled her knife out and ran. The man was too stunned to avoid the building Ripple Effect. The distortions impacted him, knocking him unconscious.

The Chaos Theorist now charged for the remaining thief, who had looked behind him when she took out the gunslinger. He was now torn between the threat posed by Alexei and the one posed by Almyra. He decided to go for Almyra, hoping to maybe use the girl as a distraction. As Almy lunged at him with her knife, he grabbed her arm and gave her a knee to the stomach, winding her before throwing her at Alexei and trying to run from the duo to alert the others in the band. Almyra dropped her knife as she was sent tumbling into her friend. 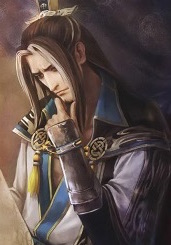 Distracted by his arm and moving too fast to stop, Alexei was surprised when Almy suddenly tumbled into him, causing him to fall over. The collision hurt like hell; with the speed Alexei was going, colliding with just about anything was painful, let alone another human being. He faceplanted into the ground, letting out a cry of pain as he did; Blane watched on, a look of sympathy on his face. Alexei grit his teeth and pushed himself upwards, wincing as pain shot through his left arm; he must have injured it more when he fell. It might break if he put more effort into it, but for now, he would push through. This was just a setback, injury-causing though it was; they would have to put more effort into it if they wanted to clear out the whole town. "This is why I prefer working alone," he grumbled as he turned himself over, glancing over to see if Almy was alright.
"Really now?" Blane asked, moving over to the pair. "It was entertaining to watch, if it's any consolation."
"Thank you so much," Alexei groaned sarcastically. "It means so much to me that we provided you with entertainment for a few seconds. Shut up and let me concentrate." Staring up at the sky, Alexei let his mouth hung open as he concentrated. He began eating the rays of the sun to regain energy, as Blane had recently told him he could do. This way, when the bandit came back with reinforcements, Alexei would be ready.

Almy had the wind knocked out of her as she and Alexei collided. She didn't suffer as much injury as him, since she hadn't already been weakened to the same extend he was. She picked herself up off the ground, brushing the dust off and picking up her knife. She leaned back against a wall to catch her breath. Once she did so she looked over to Alexei, then the ground. "Sorry. I didn't think he would do that." She felt genuinely bad about what had happened. She knew she wasn't a very good fighter, and still had trouble finding the concentration needed to predict her enemy's movements in a fight. The fact that she tried to do it mathematically rather than just anticipate it as one would normally do didn't help either.

After catching her breath, she readied herself to fight again, slipping back into the ruins so she could take any other enemies by surprise. Hopefully the thief wouldn't get too many reinforcements.

Alexei sat up after a little longer, watching as Almy shrunk back into the ruins. He sighed; this was going to take longer than he expected. There seemed to be no ends to the amount of bandits in the area; combined with Almy's inexperience, this would likely go on for a while longer. Not that Alexei was complaining; fighting was entertaining, and fighting people whom he had a grudge against was even more so.

Still, Alexei's injuries were annoying. He was slowly becoming less winded, but his arm was still being a pain. Plus, they still had to worry about the other reinforcements that were coming. At least they could prepare. Still eating the sunlight, Alexei created a Flashbang in the middle of the road again; afterwards, he got up and took a position behind a nearby rock, waiting for the reinforcements to arrive.

After finding a good hiding spot, Almyra closed her eyes, concentrating on her doll once more. It sprung to life, so to speak, piloted by its owner. Alexei would easily be able to see it walk past at first, then Almyra found a path to have it sneak along, going in the direction the bandit had run. With its small size, it could easily spy on the bandit from a safe spot. It wasn't long before Almy saw the thief returning with several others. She opened her eyes, breaking contact with the doll once again. They would show up soon.

From her hiding place, Almyra could see Alexei, and used this opportunity to toss four small pebbles to his feet, hoping he would realize that that was how many were coming. She hunkered down in her hiding spot, waiting for just the right moment to strike. She could see them coming now, and with a moment of focus, she let out another Ripple Effect, targeting the rear-most one. She hoped they would stay together so it would hit all of them, but if it didn't, the farthest back one was likely to have a ranged weapon, so it would be best for her to go after him first.