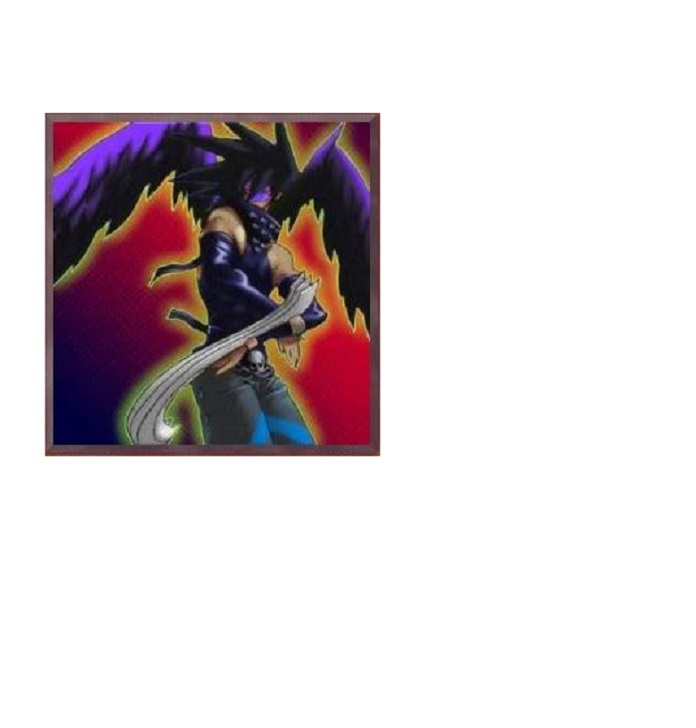 Havoc is a mixture of demon raven and a tempest mage giving it the look of a black winged male harpy. He has a large three bladed claw on his right arm that is capable of having one of four elements channeled through it for a short amount of time allowing it to apply different status effects based on the situation needed. Standing at six foot four inches Havoc weighs about one hundred and fifty pounds with a wingspan of twelve feet and ten inches. He has a max fly speed of seventy miles per hour thanks to his large wingspan and use of wind magic. He is only able to carry a max of one hundred and sixty pounds before being hampered by the weight causing him to fly at half speed until he is no longer carrying so much weight. Havoc is capable of both avian and human speech along with being rather intelligent and has amazing eye sight allowing him to see up to one mile away clearly.
Abilities:
Name: Storm Talons
Rank: C
Description: This ability allows Havoc to channel one of four elements into his claws giving it that element's damage and status effect based on that element. Wind causes the enemy struck to be knocked back ten feet while being knocked to the ground, Water drenches the enemy, Lightning stuns for one post if the enemy is same rank or lower, ice freezes the entire cut which can slow down and prevent enemy movement so long as they're same rank or lower. If target is drenched and hit by the ice they become covered in a layer of two inch thick ice, while with lightning it does a D-rank worth of bonus damage.
Strengths:-Can't be eaten by god or dragon slayers
-Can cause different effects
-Has strong slash attacks
Weaknesses:-Can be eaten by demon slayers of wind, water, lightning, or ice
-Can hit allies if not careful
-Only does slashing damage
-Duration: 2 posts/Cooldown: 3 posts