A new home with no family 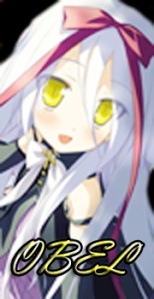 A new home with no family

The sky became a deep indigo embroidered with twinkling silver stars as twilight swept over the town. Obel had chosen her time to arrive at the guild perfectly, not so many people would be around to greet her in the late hours of the day. She looked up at the guild building before her, her chest a little tight. She had just moved here from Sabertooth, would Fairy Tail be welcoming? Possibly not, but that didnt matter. She was here for one reason only, to become the strongest mage she could be. Obel reached out a porcelain hand to stroke the shoulder height wolf beside her, "We're going to try our best here Hinata" her whispers travelled through the cold night air and became lost in the breeze. She took one final step so that she was infront of the main door and reached out her hand towards the door. And with one last glance at her pet she pushed the door open.
Aiden Ainsley

Re: A new home with no family

"Daaaaaaad Wake up!" Lea said shaking Lance. Lance slightly nudged his shoulder to tell her that he was tired. Lea sighed deeply and shook her head as she saw the doors open out of the corner of her eyes and she tapped Lance on the shoulder "Dad there is a new person here." she told him gently. This made Lance gently open his eyes and stretch before standing up and walking over to the new girl "Hey here... What brings you to the guild?" he asked tiredly as his eyes were still not yet fully open and he just overall looked tired.