Just Another Day at the Guild Hall(Open) 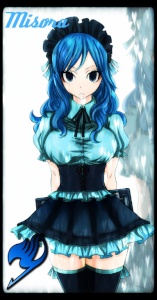 Just Another Day at the Guild Hall(Open)

It was a nice morning, Misora and Yuki got up around the usual time they did. The young mage stretched her arms out to the ceiling and let out a big yawn, then she proceeded to get dressed and gather her things. Today Misora was wearing a silky, low cut aqua blue blouse with short flower shaped sleeves, a white mini skirt which was only short enough to reveal the tip of her guild tattoo on her thigh, and for shoes she wore a pair of white criss cross sandals with light blue bows on them. Once she and Yuki were all dressed, they grabbed a few things and left the dorm to head over to the guildhall for the day. It wasn't that far of a walk from Fairy Hills to the fairy tail guild hall. They reached the large hall in a matter of minutes and pushed open the doors to find it was lively as usual which caused a smile to cross Misora's face. She stepped inside and found an empty table to sit at as usual and took a seat there. She pulled out an issue of Sorcerer Weekly magazine and began to flip through it. It had been a mere few days since her modeling job and was looking forward to the day the issue with her photo shoot would be published in the famous magazine. It took her a minute to find but she eventually came across a photo spread that featured pictures of herself. She felt very proud of herself looking at her pictures in the magazine.
_____________________________________________________________________________________ 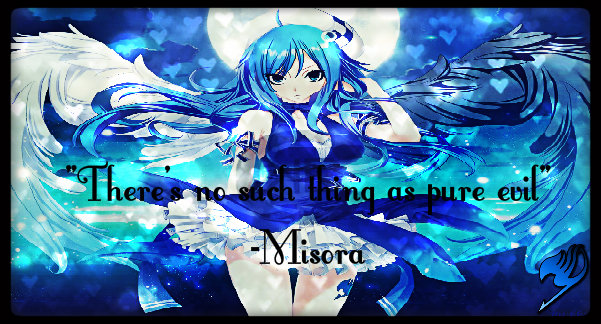 Re: Just Another Day at the Guild Hall(Open)

As the sun rose and the day had started, Daiki had wandered throughout the town, his white hair seemingly unkempt, though he had actually worked to get it the way it was. He wore his usual midnight blue overcoat with a red shirt beneath it, dark pants, and boots. His red eyes scanned the general area as he walked towards the guild hall he had been to quite a few times by now. He was still quite new... ish. It had taken him a bit of time actually getting to the guild hall, between getting lost, as well as the fact that he enjoyed taking his time.