A normal day in the guild(Open)

A normal day in the guild(Open) 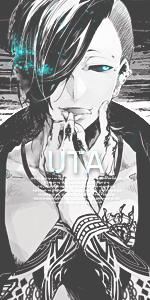 Victoria cleared down yet another glass of Liqueur, under the annoyed look of Catsu. He was pretty irritated that his mistress had such a love towards this cursed liquid called alcohol, but he knew perfectly fine that, no matter what he said, she wouldn't listen to him. Quite simple as that, so he had gotten used to it, and, instead of making an hour-long speech about how bad it was to drink, he limited himself to be grumpy.

Victoria rose from her seet and her eyes landed on Nightken, one of her guildmates and people she knew from the guild. She tiled her head to the side and tried to process if it was really him or was she getting confused with someone else. Nah, it was truly him. A smile made its way on her face, as Nightken was a Lightning Mage, and well, she was naturally fond of Lightning Mages. She walked to him and lifted a hand to greet him, just when a table came flying in her way.

'' INCOMING!'' Someone yelled, and Victoria managed to drop to the ground and dodge the flying table just in time. She got up and looked at the person who had thrown the table, her expression terribly pissed. '' Watch out you jackass!'' She yelled in return, trying not to zap whoever threw the table, but trying to hold her laughter at the same time. This was it, a usual day at Fairy Tail.

Victoria chuckled as she saw Nightken escape a band of guildmates that tried to pile up on him. She looked at Catsu, who remained grumpy, as usual for today. She was at the point of sending him home, since he began annoying her with his grumpiness.