Primary Magic: Art of War
Secondary Magic:
Caster or Holder: Holder
Description: Brushogun had be trained in swordsmanship since he was a child, however, he preferred the arts of painting rather than combat. Years after his family's tragic death he had infused his family skills and his own art, creating the Art Of War. Brushgun uses his magic just as a regular swordsman. The difference is that he enchants his weapon with various spells of color, known as Paints, to give the weapon more advanced elemental properties. In more advanced forms, Brushogun uses the power to not only boost his weapon, but his own armor.

The magic itself is based on activating certain runes in the body. Because of this, the magic relies on something other than Magic Power (MP), but Action Power (AP).
Strengths:
- Has a variety of elemental powers
- Very unique to Brushogun
- Can also create beautiful art
Weaknesses:
- Because it is holder, it cannot be eaten
- Overall, it is less powerful than other elemental spells
- Spells have little to no range
- All spells rely on his sword

Null and Void:
Brushogun is able to cancel is spells at any moment.

Golem Skin:
Because of Brushogun's species type, his health and defense is doubled, nearly reducing all damage done to him by half. However, because of this, be takes double the damage he would normally take from spells at target his elemental base.

Grip of The Samurai:
Brushogun retains energy to swing his own weapon normally, ignoring weight and other physical changes.

Elemental Properties:
Fire: Deals additional fire damage (3%) for 3 posts after spell is cast.
Water/Ice : Spells lower the speed of the target.
Earth/Nature: Spells knock back the opponent for up to 10 yards
Air/Wind: Brushogun's speed is doubled when this rune is activated while the spell is active.
Lightning: Fastest of the runes, nearly impossible to dodge, (but possible to avoid)
Metal: The strongest of the runes, hardest to break. Useful for armor spells
Venom/Poison: Deals additional poison damage (3%) for 3 posts after spell is cast.
Light/Angelic: Purest of the runes
Dark/Demonic: Most corrupt and evil of all the runes

Runes: The power of the rune varies based on spells. Brushogun aquires new techniques and powers based on his rank. He can activate the runes at any given time.  As he ranks up he learns additional elements corresponding to his rank. Runes remain active during an entire post. So all spells cast within that post are of the same element. (Able to use Runes of his rank and lower.)
D Rank: Fire & Water/Ice
C Rank: Air/Wind & Earth
B Rank: Lightning & Metal
A Rank: Venom/Poison
S Rank: Light/Angelic
SS Rank: Dark/Demonic
H Rank: Able to activate one rune per spell.

Sword of The Samurai:
Name: Sword of The Samurai
Rank: D
Type: Varies
Description: Brushogun wields his blade(s) lightly and quickly. His weapon(s) begin to emit a color, leaving a trail of it behind. In this state Brushogun enchants his weapon for a short time, giving it some sort of elemental properties
Strengths:
- It cannot be eaten by Slayers
- It can turn any battle into a masterpiece of art~
- Can be used on multiple weapons
Weaknesses:
- Spells cannot be cast without the use of a medium
- The blade leaves paint wherever it hits. (Revealing location)
- Must be in contact with the weapon
- If the weapon loses contact, the enchantment ends.
- Close range (must get in close to opponent)
Duration: 3 Posts
Cooldown: 3 Posts

Rune Blast:
Name: Rune Blast
Rank: D
Type: Varies
Description: Brushogun stores and concentrates energy to overcharge one of his runes. The rune emits a powerful wave of energy in front of the caster dealing elemental damage. The rune that has been overchaged, cannot be used for some time until it recovers magic energy. The blast wave also emits a colorful aura corresponding to the element.
Strengths:
- Instant cast time
- It can turn any battle into a masterpiece of art~
- Blast wave is 3 meters in diameter
Weaknesses:
- Rune used is disabled for 3 posts.
- Can he dodged easily if target moves to the side or above
- Only has a reach of 10 meters
- Can be eaten by slayers
Duration: 1 Posts
Cooldown: 2 Posts

Body of The Samurai:
Name: Body of The Samurai
Rank: D
Type: Varies
Description: Brushogun activates a rune to enchant his armor to give it elemental properties. In this form, Brushogun receives half the damage from the element he is using. (ex: Fire Rune, takes half fire damage)
Strengths:
- Can be used as an extra armor
- Contact can deal 5% elemental damage
- Armor takes 3 D spells to destroy (2 C Spells if Metal Rune is used, or if the rune chosen is stronger than the opponent's element.)
Weaknesses:
- Brushogun can only use that rune for spells while it is activated.
- Glows a bright color corresponding to the element
- Limits Brushoguns versatility while he only can only use one element
- Brushogun is in a weakened and dazed state when the Rune is exhausted
Duration: 3 Posts
Cooldown: 3 Posts

Gauntlets of The Samurai:
Name: Gauntlets of The Samurai
Rank: D
Type: Varies
Description: Brushogun uses the power from one of his runes to enchant his fists for a short time. The fists deal more damage if the element is stronger that the target element. (EX: Fire fist versus Plant Mage, fist deals more damage.)
Strengths:
- Quick and easy to use
- Turns battle into an artful masterpiece~
- Can be used if the weapon is lost
Weaknesses:
- Extremely low reach
- Never a guaranteed hit
- Could be cancelled if it hits the same element
- Color may reveal location
Duration: 1 Posts
Cooldown: 2 Posts 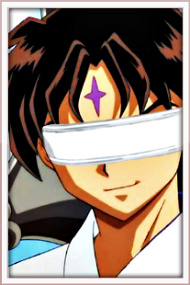 You are D rank, mastery is no where near in your hand period. You can keep your spells as they are; but you need to lower down how much your mastery over the elements are.

Please be more specific in your spell descriptions to label them what they actually are. You are just saying you paint it this color and then stuff happens. That's not really doing anything; you need to be as descriptive as possible.

Your strengths should not all be the exact same thing with 5% changes of what elements they are strong against. You need to get more in depth with what this style of magic actually does to figure out more strengths and weaknesses.

I changed the description.

I don't know exactly what you mean about the spells, but I changed those a little too.

You've still not edited your strengths and weaknesses. At the moment they are all literally the same, just copied and pasted. Just reword them so that each strength and weakness is obviously relevant to that particular spell (I.E. with red brush, state which slayers can absorb the magic etc.)
Brushogun

Looks Good to me 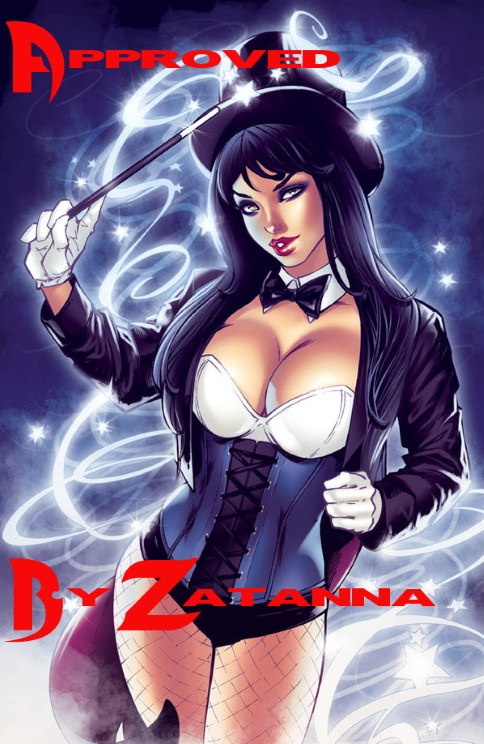