Gate of the Witch:
D-Rank Spell Name: Gate of the Whitch: Philia
Rank: D
Type: Summon
Description: Philia is a celestial key spirit that looks like a 16 year old girl with a hat and a little dress. She is the first key spirit Lilyan has done a contract with. She is very timid and people can maybe find her cute. She basically has the power to create links between people, whatever happens to one or feels one, the other one will feel it too. She has also a chain in her right hand that she uses for battle. She can also float but she isn’t strong enough to carry someone. 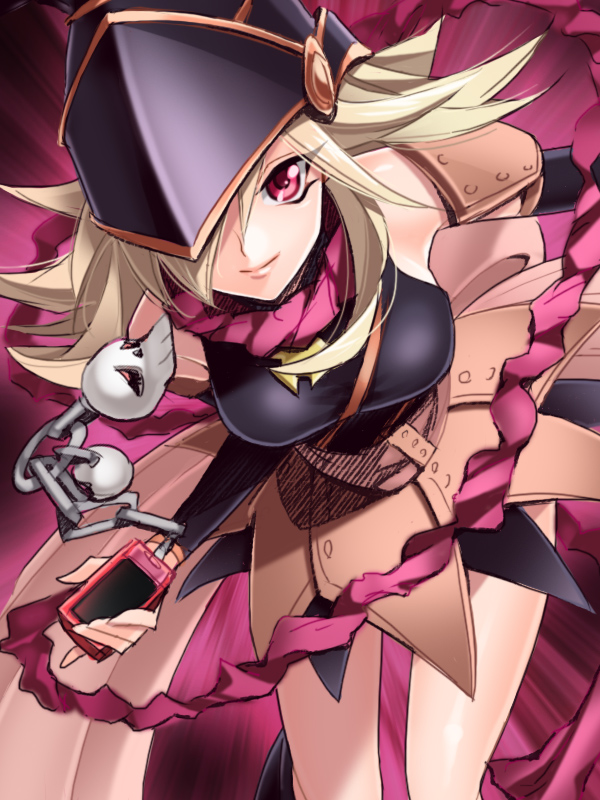 Life Link:
Rank: D Rank
Type: Support
Description: Philia uses her power to link two or more persons. When they are linked, anything that happens to one, happens to another and anything that one feels, the other one will feel it. She can also break the spell without any difficulties.

Strengths:
-Philia can use her spell to link many people including the user if necessary.
-She use her spell as many times as she want.
-She can also fight with no spells using her chain to attack and grab enemies.
Weaknesses:
-To make a link, Philia must be seeing the targets.
-There cant be more than one link at the time.
-She can only resist 2 D rank attacks or one C rank attack.
-She can only float 5 meters high.
-She can only link up to 6 people.
Duration/Cooldown: 4 posts/5 posts

Gate of the Shark:
C-Rank Spell Name: Gate of the Shark: Amarok
Rank: C
Type: Summon
Description: Amarok is a hybrid shark, half shark and half wolf, he can smell things at very long distance and track theme easily. He has the smell and vision of a wolf, has the strength of a shark and can swim in water as fast as one. He has a very bad humor and prefers to sleep. He walks in two feet like a normal human. He has a big weakness towards cats, he can’t resist chasing them. He is also very strong and has a very good hand to hand combat style, he can carry up to three times his weight. Water Jet:
Rank: C-Rank
Type: Offensive/Water
Description: Amarok needs water to use this spell. He gathers water in his feet and then uses it to impulse himself shooting the water from his feet gaining a speed of 20 mps and. Then it crashes against the enemy. This attack can be used to fly literally as a jet.

Water Bullet:
Rank: D
Type: Water/Offensive
Description: Armarok simply swallows some water and concentrates it to spit it making a water bullet than can destroy a tree without trespassing it or leave a mark in a solid rock.

Strengths:
-Amarok can swim very fast in water.
-He can use hand to hand combat and is very strong.
-He can take the user threw water easily.
Weaknesses:
-He is weak against rock, ground, etc. attacks, they do 100% more damage.
-He can only use his spells if there is water.
-He needs to refresh himself at least once each two posts or he will disappear.
-Because of the contract, he can’t be summoned in hot places.
Duration/Cooldown: 4 posts/7 posts

Gate of the Gum:
B-Rank Spell Name: Gate of the Gum: Glob
Rank: B
Type: Summon
Description:Blob is basically a strange material that actually has life, he can act alone with no one doing nothing. He can basically modify himself to transform into different things. This material is a strange material that can absorb magic energy and then use it for other proposes. The material is kind of white going towards blue and very shiny. Because of being made of this material, it automatically dodges all attacks since he is liquid. It can’t really attack. 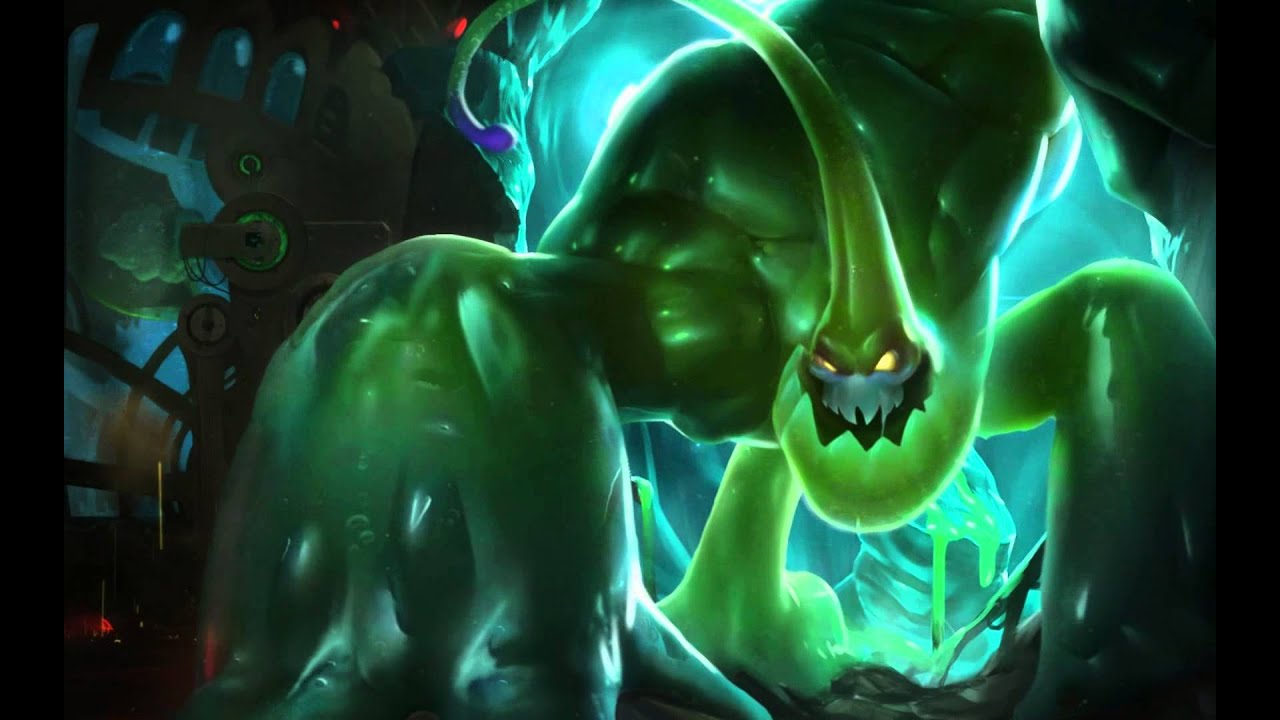 Shield:
Rank: B
Type: Support
Description: Glob makes himself a shield made of this shining rare material. The shield can block as many B rank or lower attack. Each time it is hit by a magic B or lower rank attack, it gains magical energy depending on the amount used to cast the blocked spell.

Sword:
Rank: B
Type: Support
Description: Glob makes himself a sword made of this shining rare material. The sword can resist B rank attacks but can’t block theme, it can’t actually block anything. The sword can discharge all the magical energy gathered while it was a shield to attack the enemy with a light ray that appears from the point of the sword. It does damage depending on the combined attacks blocked with the shield that charged it with energy.

Strengths:
-It can transform to block attacks.
-It can attack in another transformation.
-It absorbs magic power to return it in another attack.
-He can’t be touched while in normal mode.
Weaknesses:
-It can’t attack on his own.
-Any attack while he isn’t transformed will destroy him. If he is transformed, he is knocked down with one A rank attack.
-Water attacks can touch him while in normal form.
-He can’t absorb dark attacks and any dark attack will knock him out.
-He can’t attack or block in normal mode.
Duration/Cooldown: 4 posts/6 posts

Gate of the Sun:
A-Rank Spell Name: Gate of the Sun: Hyperion
Rank: A
Type: Summon
Description: Many people think Hyperion is actually a male, but she is not. This celestial key is actually causing of Philia. She looks like a 18 year old girl. Hyperion is very enthusiastic spirit that is actually kind of dumb too. She can control fire and has the power of the sun. She doesn’t really like her name so the only rule in her contract is to call her Shina. She can also float, maximum 3 meters higher than the user. 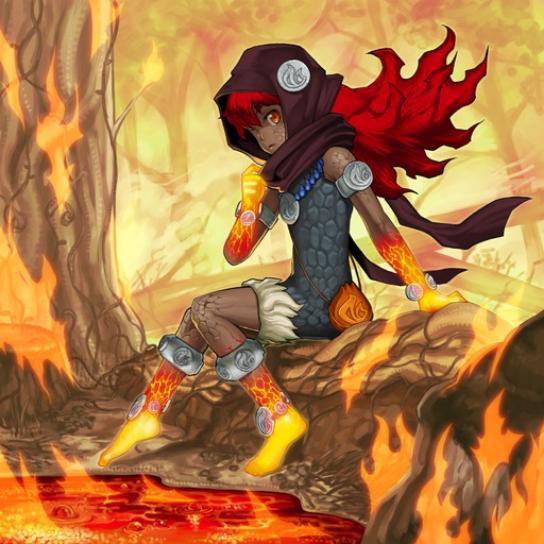 Super Nova:
Rank: A
Type: Offensive/Fire
Description: Hyperion is able to create a giant fireball around her. Then she just expands it, almost instantly. The sphere is 0.5 kilometers radius. The super nova only attacks does who have threatening intensions. This is almost impossible to evade because of the size of the sphere. It can attack many foes at once.

Strengths:
-She can control fire in anyway.
-Her fire only affect does with bad intensions towards the user, meaning it wont hurt foes.
-Each normal fire attack from her causes a C rank magic damage.
Weaknesses:
-Her powers don’t work at night.
-If the enemy doesn’t actually have evil intentions, or her allies have evil intentions towards the user, the fire will work wrong.
-She can only use Super Nova once per thread.
-After using her Super Nova, she gets tired and disappears.
Duration/Cooldown: 4 posts/7 posts

Gate of the Mother:
S-Rank Spell Name: Gate of the Mother: April
Rank: S
Type: Summon
Description: This is basically the most special key controlled by Lilyan. April is basically Lilyan’s mother. April was a celestial key user, this is where Lilyan got her first keys from. When April was murdered, she maid a deal with the Celestial Spirit King to transform in a celestial spirit and be able to protect her child. Since then, she had been helping her in difficult situations without Lilyan knowing. This key is anyway very powerful and will only appear when Lilyan is strong enough to open that gate.
April was a celestial spirit user, but she couldn’t use that as her power in the celestial spirit world. So she used a second magic she learned, rainbow magic. She is able to shoot rainbow rays to the enemies or allies and levitate. The rainbows deal no damage, but they will leave a color mark in any person or living creature. This color mark is invisible and can’t be seen.

Strengths:
-It can heal allies.
-It also deals damage to non-allies.
-April can float.
-April can follow Lilyan in spirit form to help her. (April can’t interfere in this form and can’t be separated by more than ten meters. This works more like an NPC)
-She is done with 3 S rank attacks or equivalent.
Weaknesses:
-The spell has 1 post cooldown.
-She can only levitate up to 10 meters high.
-She can’t be in spirit form until Lilyan reaches A rank.
-It has low offensive potential.
-Only 10 people creatures can be marked with the rainbow mark.
-She is done with 3 S rank attacks or equivalent.
Duration/Cool down: 10 posts/ 10 posts