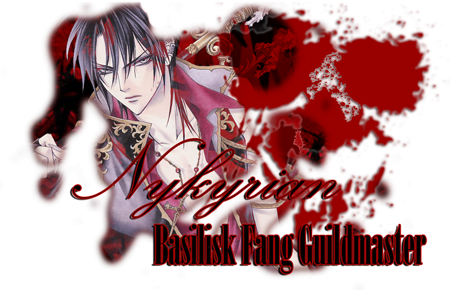 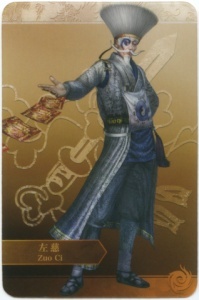 On the morning of today Kihia Avoa would find a letter in his possession without any idea how it got there. The letter would read:

"Dear Kihia Avoa,
It has once again come to my attention that you have completed a great amount of work around the guild and across the Fiore. As you know here at Lamia Scale we work to raise heroes of the future a time has come for you to prove your heroic power and potential. It has come to my attention a country in Earthland known as Iceberg is currently suffering greatly under the effects of dark magic. This land has been frozen over and it's people know much suffering from the cold. Sadly there is no way to end their blight. For the source of the cold is a great ancient artifact with unfathomable power so great that it could rival Etherion. Direct intervention by Fiore is impossible.

So I want you to indirectly intervene. In your room at the guild hall is a bag of fruit tree seeds they are specially enchanted to grow even if frozen over. Your mission is to take these seeds to Iceberg and locate a village in need of food. Plant the trees in and around the village. They should grow very quickly and be capable of bearing fruit within just one year and there are enough seeds for trees to feed several villages. Inform the villagers of the importance of protecting these trees and then give them the means to protect the trees from any harm. I would also recommend training them in your ice make magic if possible so that they can be better equipped to resist the evils they deal with in their every day lives. These people need you Kihia. Please do everything you can do to lessen their suffering and make easy their survival.
Sincerely, Zuo Cii
_________________________________________________________

Kihia walked back into the Guild hall from his long Journey back from Iceberg. He waved to everyone has he walked by on his way to the Masters office. He quietly walked up to Zuo's desk and bowed in greeting to his Guildmaster. "I have returned from the mission you sent me on Master Zuo. The people of the Village I had stayed at gave me this letter to give to you." Kihia reached into his pocked and pulled out the scroll of paper Tierak had given him, he gently handed it to Master Zuo and waited to be Addressed.

Contents of the Letter:

Thank you for sending Kihia Avoa to aid us. He has planted seeds amongst the tribes in more ways that he may even Know. You have our full gratitude and may you and your Guild prosper in the years to come.

Zuo stroked his beard and examine the letter "My my my that little brat is still kicking eh? Tierak you stubborn goat I wonder if you have mellowed out at all in your old age." The old man laughed and closed his eyes "Oh to see the youth come and go before my eyes. I still think of destroying myself some days. I could do so easily you know Kihia my boy. It would be so much easier then watching life come and go like the wind." The immortal set down the letter and looked Kihia strait in the eyes "But knowing people like Tierak and hte people of Iceberg keeps me going. People willing to fight for their lives despite having the world stacked against them and despite the fact that their lives are fleeting and doomed to end. It warms my heart while it breaks it. But that is enough of that. Kihia you have done a great service to those people and the world. I only wish I could have sent you sooner for I feel no one else could have. I congratulate you and grant you the title of B-Rank mage, wear it with pride." Zuo then broke the eye contact and leaned back in his chair "So anything interesting to report?"
_____________________________________________________________________________________