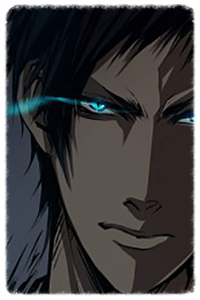 Primary Magic: Ice God Slayer [Proof]
Secondary Magic: N/A
Caster or Holder: Caster
Description: God Slayer Magic is a form of Lost Magic used to slay gods,  given to humans by Gods themselves. This magic soon became lost, later only a few chosen one's were allowed to learn this magic. It is a form of Ancient Spell where the caster granted the attributes and the abilities of a particular "God", using a specific element as their elemental type. This magic had many ways of using it; offensive, defensive, and supplementary. The certain elemental type of God Slayer Magic can be conjured from the caster's body and be used for various purposes, focusing in combat.

Ice God Slayer Magic is a Caster Magic which utilizes the element of ice into the one's body, allowing them to produce ice from various parts of their body, mainly their hands. Such distinctive ice possesses low temperatures, nearly no heat, and great destructive power, if used wisely. The color of God Slayer Magic is generally black, resulting in black ice. By being a Slayer, one can consume their respective elements and gain power boost from that. Being a God Slayer, a power slightly stronger than Dragon Slayers, allows God Slayers to also eat a Dragon Slayer's element, yet not it's counterpart, Demon Slayers.

Strengths:
- X has heightened senses, said to be on par with a god's senses. Therefore, X's physical abilities are 30% stronger than an average human; his five natural senses being 10% stronger.
- Ice produced from X's God Slaying Magic is relatively stronger than other ice magics by about 20%.
- Due to being a God Slayer of the ice element, X has 100% cold resistance, also able to eat the ice of Dragon Slayers.

Weaknesses:
- X cannot consume the ice produced by himself nor his counterpart, the Ice Demon Slayer. The only ice he's able to eat is normal ice magic or Dragon Slayer Ice.
- X's style of utilizing his magic is strictly for combat, hence X has made sure he has no defensive nor supplementary spells, only offensive.
- Any magic that produces or focuses on heat (Fire, magma, lava, etc) have the ability to melt the ice produced by X.
- The hottest temperature X can take is 90 degrees Fahrenheit. Any higher and he'd be at a fever. Though, any lower affects him not.

- Ice Resistance/Eat Ice: Being an Ice Slayer, X has 100% resistance from all Ice Magic, being able to eat his way through the ice. In other words, Ice Magic is useless against X.

- God Force: By Consuming more than 25% of ice, X gains the ability to go into God Force. God Force is a unique ability given to God Slayers that, once activated, the very beings are gods themselves. Physical abilities are at their peaks, 100% for six posts long. Once this is over, X is left with near zero mana reserve left, only a little to keep him alive. He's also extremely fatigued.

D-Rank Spells:
Name: Frostbite of the Glacial God
Rank: D
Type: Ice/Offense
Description: X gathers magical energy in his teeth, by doing so, strengthens his jaw muscles. X can then save this technique and use it later or use it immediately. Choosing to use it immediately, X will attempt to land his jaws and chomp onto a target. The location where X has bitten becomes frozen, the ice will soon spread, sooner or later devouring the body part in ice. The specified part will remain frozen for life, unless it was to be melted or stopped due to healing magic. The duration of this spell is one post. The cooldown is four posts once the duration is over.
Strengths:
- This move has the element of surprise for besides the effect that takes place at the beginning of X's teeth, you see nothing wrong with it. The teeth look perfectly normal, until you've been bitten.
- The effect of freezing one's body part in the middle of a battle will leave the person weakened, possibly until they get it melted.
- After being encased with the ice for more than five posts, even after removal, the injured place would take a lot of time before it's completely healed.

Weaknesses:
- This cannot only be melted by fire of the same rank, but can be undone by healing magic as well.
- This spell hurts X's teeth, though the cooldown is low, X will never use this more than thrice per thread. Doing it more than three times per thread can be extremely dangerous for X and his teeth will suffer the consequences.
- This spell is close-ranged, suited for close-combat. If the battle was focusing on ranged attacks, then X would have to rely solely on his ranged techniques. Hence this is not good if the opponent isn't close to you.
- This spell isn't like a mob spell.  There's only one charge per time X uses this technique, therefore X cannot bite every single person he sees and run off.

Name: Volley of the Glacial God
Rank: D
Type: Ice/Offense
Description: X gathers up magical energy within his palm, therefore a black glow appears there. When X has gathered enough energy, he throws his palms into the air, you (as the spectator) see little glistening, shimmering balls. These balls grow into your average sized icicles, three of them. They will stalk X's target until they reach the point of ten meters. Once past that point, they disappear, disintegrate. The spears do D-rank damage. The duration is two posts or once the technique hits. The cooldown is three posts once duration is over.
Strengths:
- This spell has an auto-lock feature, similar to a homing system. This will allow no enemy within five meters of X to escape this technique.
- This spell can strike points on the body that X prefers. He could even stab into your vitals, causing serious harm to your body and prevent you from participating in any fights in the near-future.
- This spell gives X the liberty of staying still while his spears attack the opponent. In the meantime, X could summon another spell, attacking from two places at once.

Weaknesses:
- This technique is useless if your enemy isn't within the ten meters range.
- This is usually used as a distraction, in the end, for X being a D-Rank has very little to no control to where on the body it shall hit.
- There is the possibility of this spell, out of three shots, only one or two hit, instead of all three. In this case, it will not do D-Rank damage, for D-Rank damage only applies if hit by all three of the shards.
- Elementally, X could be countered by a fire technique of the same rank.

Name: Beam of the Glacial God
Rank: D
Type: Ice/Offense
Description: X charges up magical energy on his pointer finger, therefore X's finger will get a black glow. Afterwards, X will point in one direction and fire off the beam of ice. This move is otherwise known as 'Ice Beam'. This particular spell is a small ray of black ice, solid, that attacks and pierces through enemies. The range of how far this beam can extend is up to ten meters. The speed at which it extends is ten MPH. The duration is one post. The cooldown is three posts once the duration is over.
Strengths:
- Due to the incredibly high range and piercing effect, X can attack quite a few people, mobs, if they were to stand in a line of some sort.
- This is extremely versatile, for X could only extend this up to two to three feet and pass it off as a sword, extending it as far as X wishes.
- This beam of ice attacks at a speed of five m/s, moving at quite a fast rate for a D-Rank spell. This could take several enemies by surprise.

Weaknesses:
- This spell is easily predicted if one was to attack straight on, that is. If X used this too much, it would be easily dodged.
- This beam spell attacks in a straight line and cannot change directions. Therefore, if X was to simply shoot it and extend it all the way out, there's a high chance the enemy would dodge, once again.
- The spell could be stopped immediately by a fire spell of the same rank.
- This spell is easily broken. If someone was to karate chop the ice beam, it would snap in half.

Name: Dual Pistols of the Glacial God
Rank: D
Type: Ice/Offense
Description: X gathers magical energy in his palms and creates two ice guns, pure black. These guns fire bullets at the rate of 10 MPH. X can fire a maximum of five bullet per gun and the range of the bullets is ten meters. After three meters, due to it travelling at such a high speed causing friction, by the time it hits when past three meters, the bullets would be snowballs. The duration is two posts. The cooldown is four posts once the duration is over.
Strengths:
- The guns do a significant amount of damage, shooting all ten at the enemy, could do lethal damage.
- The versatility of this spell is done well. If X was to start in ranged combat and end up with close-combat, X could use other spells, all the while holding his guns. It causes no difference to X.
- X can be conservative and fire blank shots and whatnot, overall, this particular spell is rather funny than dangerous. 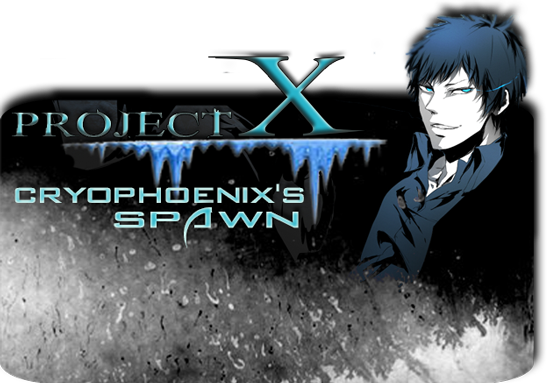 Requested Changes via skype were made. 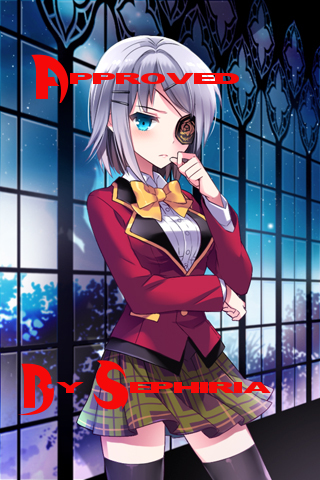