Ryo smiled as he gave Gora an affectionate scratch behind his ears as he heard Ian's question. He pulled out the roll of parchment that had all of the information of the mission written on it. This allowed him to read the request and figure out the answer. He then heard Adrien's question and this time he spoke up "We have defeated 11 of these villains. That leaves nineteen left. So we have our work cut out for us. Don't you two worry about it. The three of us are Sabertoothes and we can handle anything." He stood up and looked to the Tavern in town nodding his head "That is most likely where the majority of them are. Let's go." 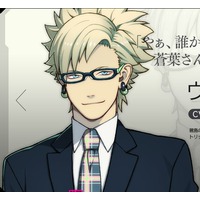 Ian just watched a bit from the sidelines not knowing what to say or do. Adrien and Ryo seemed to be more in control then he was of this mission. He then listened to Ryo saying that the most of them would probably be in that obnoxious looking cafe or pub or whatever it was. He had really thought that the three of them would have taken them all out by now but it appeared that there was no chance that the mission would be over anytime soon. He had at least hoped to be back at dawn but guessed there was only a popsicles chance in hell that that would be able to happen. This would be a long day as he got an idea. They had made quite the sounds while battling with the other ones. There could be a posibilty it was a trap of somekind. He wanted to be sure that nothing would happen to the three of them. He would wander a bit behind making the distance slowly more so he would be able to find out if it really was. If it was he would have some time to be able to hide himself from others this way he would be the one that was able to hide and attack to help them get out from their capture, however it was also possible it wasn't a trap. 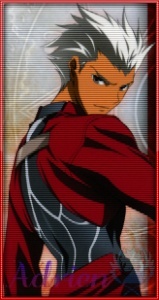 Ryo watched what Adrien was doing, and he had to admit that the blood mage was completely off his rocker. Still he wouldn’t bother with any criticisms until they had won. Ryo was careful to follow the blood mage and it didn’t take him long to figure out just what he was going to do. Ryo looked over at Ian and spoke “He’s going to be the distraction. Me and you need to go through the windows and attack them that way.” He then walked around to the right side of the building placing a green card on the ground just to the right of the window.

He drew his cards and smirked pulling out two of them as he watched Adrien make his move Ryo made his “Attack Combo: Hornet’s Nest!” the cards in his hand formed into a grenade of some kind he tossed this through the window breaking it, and the moment it exploded dozens of metal ball bearings shot out forward striking all four of the enemies inside of the old timey saloon.