After keeping a low profile and observing the slums of Talonia, Private Finnegan Fontaine had a solid idea how the do's and dont's of the shady area. Simply put he played his part and adapted swiftly, thanks to his training he received from his senior Pilgrim, Vanessa, he was able to blend in just like a chameleon amongst the locals. The ever resourceful soldier was able to ascertain where the hot spots of suspicious individuals where peppered all across the city. In fact he had been able to tail a couple of dealers, and watched a couple of illegal business exchanges, trades of illegal contraband for stacks of currency. Simply put, just as Private Finnegan Fontaine surmised, the new illegal substance had hit the streets, and it hit the ground running. Granted, the other poisonous and intoxicating substances were still be sold, but it was clear as day based on Private Finnegan Fontaine's observations, that Memory Lane, the new drug, was being sold in droves. The stock and trade of the illegal product was making it to be the next big drug at its rate of exchange and movement across not only in this city but to the neighboring ones as well. However, Private Finnegan Fontaine knew to himself that there was only so much information he could discover by simply observing. Private Finnegan Fontaine was well aware that he needed to make a move, he needed to get inside the whole illegal operation.

The ginger haired man which hailed from the forrest country of Seven sauntered his way back into the inn which he currently was staying inn. The inn doubled as some sort of tavern or bar. Through his wit and humor, and the aid of decent tips to the barkeep Private Finnegan Fontaine was able to establish himself as a regular. The locals knew him, and often would share drinks with Private Finnegan Fontaine. Many times, the locals and the bar keep would divulge notable information to the under cover rune knight. This made Private Fontaines job a bit easier. Sometimes he would get solid leads from the rumors, others nothing but gas, cold ends, and dead ends. This however, did not ginger haired young rune knight. Private Finnegan was well aware that this was simply [art of his job and he simply had to deal with. Some days he would find a good trail to follow, others it would be not so useful information that turned out to be nothing more than baseless rumors. Private Finnegan Fontaine made his way to the counter, raising his right hand to catch the attention of the man manning the bar, while his left hand would reach into his pocket and place down his payment for his drink already. Another reason why the bar keep took a shining to him, he payed quickly and never ran a tab he couldn't pay off in a timely manner.

"Afternoon John, how was work?" inquired the bar keep. The bar keep was a tall man around six feet or so, give or take a few inches. The man looked like one of those generic bar tenders from the those old timey western movies. Handle bar mustache, nice suit, apron and all. The bar keep was a man in his mid forties, clearly a man who's seen enough bull run rampant in his part of town, which is why he did not tolerate any form of bull shite in his inn slash bar. The man was named William Crouse Fin had familiarized himself with Williams personality, and was quickly able to adapt his persona to match his. "It was great Will... just tired is all." Fin replied committing to the false identity he had forged during his days of undercover. He even spoke in away which completely hid his accent. Fin had began working under his alias at a nearby butcher shop. Having plenty of experience in hunting and butchering, it was quite easy for the ginger haired rune knight to land a job with his vast skill set he had picked up along his many travels as a pilgrim.

Will would serve the ginger his whiskey. "Thanks." Fin said as he knocked back the drink before heading off to his room. Once in his room private Fontaine locked the door, and let out a subtle pulse of mana to sweep the room and near by area. No one was listening. He then quickly pulled out a lacrima powered laptop from his pocket dimension. He quickly set up at the study table in his room and began typing out his findings in a thorough report, which he sent over to Head Quarters through a heavily encrypted line. Finnegan sighed to himself, after all paper work and mundane task such as this was incredibly boring to Private Fontaine to the point where it was almost painful for him. Despite this, the soldier kept trucking through and eventually finished sending the last of his reports before closing the laptop and dumping it back into his personal pocket dimension. Finnegan would then change his clothes, putting on his long hooded overcoat before heading out and locking his room.

Private Fontaine would head back into the town in order to initiate the next phase of his plan. Get into contact with the dealer and establish an amicable relationship with them by means of buying some of their illegal contraband. The plan was to buy some of the drugs, establish himself as a regular while at the same time send over the drugs to the rune knight head quarters for further testing. After a few hours of walking around the city Fin would eventually round a corner into an ally way. The Rune Knight would then notice a teenage boy he had seen before. The young man was clearly a few years younger than Fin, a shame really for a boy of his age to get mixed in with the wrong crowd. Fin would nonchalantly walk up to the shady teen, standing beside him. Fin would lean on onto the wall of the building with his hands in his pocket. 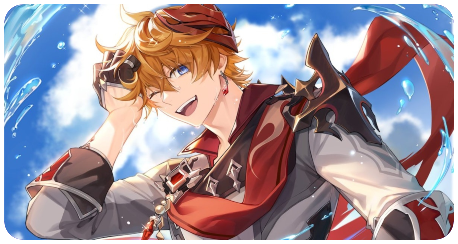