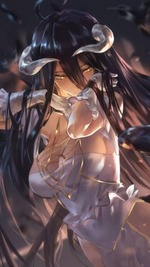 Saint Olga would be in her Chariot carried by eight skeletons.riding through the cursed lands, a place she felt very at home at.  Today she was going to the silent cemetery.  A location she had visited before on her mission of rebirthinh the dead.  However today she heard tale of somthing unsettling Hawken in her metaphorical backyard.  Though she smiled looking across from her.  Sitting across from hervwas the Warlord of Lust Medeia.  She had agreeded to help her at Olga's request.  She respectful lly spoke up.

"Media, I wanted to thank you for helping me today, it would seem a well know group of paladins, The Sunswords specially have been sent by the church at the peoples request to quell the undead problem around the area.  The problem with this is this is where I store a sizable portion of my undead for my Summoning.  This is where they feel most comfortable and at home now.   I'd rather these paladins were removed and there heads sent back church so they know to stay away "

She said all this while Maintaining a smile on her face not wanting to say too much as not to overload the warboard not that she could but it was only respectful m, plus she needed a moment  To gather her thoughts before continuing the matter.

I would normally not want to waste your time, however one of the reasons I asked you to help me today is because I was told the leaders on the level of  One of the top five Saints of Fiore.   I am no fool and I know I cannot handle that kind of adversary at the current power I'm at, however I'm sure  That you could handle him without too much of a problem."

She smiled and then waited for her response I'm sure there are questions that need to answer you or think of that nature as this wasn't a Guild job this was more of a personal favor to eliminate a goodly group of paladins that were well known all for the sake of her skeleton army however.  Though for the time being she'd wait for her answer or responses as the chariot rode onward enjoying the view of the woman sitting across from her.

Re: Death of a Palidan

It was rather strange being transported by a chariot rather than her own wings but Medeia had to say that it was rather comfortable, a word which pretty much summed up her mood. She had little doubt that the job that she and the newest member of Errings Rising were going on would be child’s play and the dark haired Warlord had already made plans for later that night, such was her confidence. There were few creatures or mortals that could truly face her in combat on an even footing and Medeia did not expect the powerful foe that Olga spoke about to be anything more than a mere trifle. The only downside was that the so-called enemy was a male, had that not been the case then the witch might just have had plans other than killing the saint. As it was, death would be his fate and her guildmate would be able to resume her summoning without any issues at all.

“He will not last five minutes with me and I will make sure that his death is nice and painful for you.” Medeia replied with a ghost of a smile. “I certainly hope that you plan to get involved too as I have been dying to see your magic in action ever since your induction. Those creatures you summoned that day were certainly intriguing and I look forward to seeing them cut down some poor and miserable fools.”

After a moment of thought, she spoke again. “I confess that the thought of killing followers of a church appeals to me rather more than most opponents do. An institution that I despise and one that I would quite happily destroy without a second thought. Having these paladins be slaughtered will be quite invigorating for me and I will certainly be more than happy to help send their heads back to their precious church.” Her issues with such groups were deep and just the mention of them was enough to irritate the powerful dark mage. This would be an enjoyable mission indeed and she was looking forward to it immensely.

A second pause and then Medeia decided to ask a question. “So what do these Sunswords use for magic? Are they brutes who fight up close? Do they use the powers of sunlight to burn and cause harm? I confess that I have not heard of them before and would like to know a little more before we engage them in battle.”

As it had been when she had allowed the Saint to join, Medeia found it rather difficult to keep her eyes off of the woman. She was lovely and had they not been on a job, it might just have been something else that she would ask to do with the beautiful black haired summoner. Yet, that kind of fun would have to wait for another day as there was a job to do and enemies to be slaughtered. Still, perhaps when it was all said and done maybe?