The Burden Of Knowledge 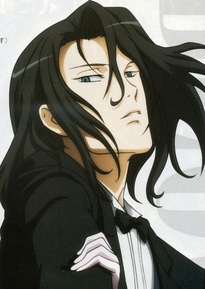 The Burden Of Knowledge

Job Details:
Job Title: The Burden Of Knowledge
Rank: D
Player Requirements: Any Rank. Must be a member of Silver Wolf. Up to four members maximum.
Job Requirements: 1,000 words Solo plus 500 per extra member.
Job Location: Capital Crocus
Job Description: A wealthy book collector named Benjamin “Benny” Rellock has purchased a rare book at considerable expense. He has had it shipped to a bookstore named Written Antiquities that is located in Capital Crocus. However, he is too busy to get it himself, so he has requested the help of Silver Wolf. A team of mages is to go to Written Antiquities and obtain the book, which is large, heavy, and has a distinctive obsidian-colored cover with the title of the book written in golden cursive writing. The book is titled “Hidden Knowledge: A Collection Of Writings Concerning The Contents Of The Obsidian Archives.”

Before the trip starts, they will be given a letter from Mr. Rellock that is addressed to the bookstore staff. Presenting it to the staff will let them know that the Silver Wolf mages are authorized to pick up the purchase on Mr. Rellock’s behalf. Once the book is in their possession, the mages are to immediately take it to his home in Oak Town.

Enemies: N/A. However, observant mages may notice strange men in dark clothing observing them after they pick up “Hidden Knowledge” from Written Antiquities. These men will apologize and move on if confronted. This will not be the last time that they are encountered.

Reward: D-Rank EXP, 5K Jewels, and access to Late Night Checkout, the next job in the series.

It was a busy day in Capital Crocus, merchants, adventures, mages, and common folk were there to see the sights that the Capital has to offer. Hidden among the crowd was a group of three all wearing hoods that covered their faces. Their leader, a man in his late 20's had long black hair neatly hidden under his cloak. The 3 remaining figures wore animal masks reminiscent of the ones worn in some far-off exotic land.

The group traversed the cobbled brick road of Crocus along with the flow of traffic until they reached the business district of the Capital. The group continued on their way until the traffic of people walking on the roads became fewer and fewer until finally, the group stopped at a particular shop.

The sign on top of the store was Written Antiquities, and a homely old man with white hair and black-rimmed glasses tended the counter right next to the entrance of the shop. The chimes on the door ringed as the leader of the group pushed the door open.

"Welcome to Written Antiquities. How may I help you today?" the man greeted the group.

The leader spoke no word, instead, he reached for something in his pocket which made the old man uneasy. "We are but a humble book store dear strangers, our shop has nothing of value." the man said with a shaky tone. The leader of the group continued to reach inside his coat and pulled out a letter. It was sealed and stamped with the crest of the Rellock’s. It was the letter that Benjamin “Benny” Rellock had given the leader of the group beforehand. They were advised to present the letter to the one in charge of the store. It was then that the old man noticed the emblem of the Silver Wolf on the coat of the leader. Uneasiness from the man's face disappeared as he gladly took the letter and opened it.

"I see, you come on behalf of Mr. Rellock. No worries, I can give you the item, just give me a minute while I fetch it." the man said before disappearing into the backrooms. Jeon's eyes wandered around the shop as he waited for the old man's return. The shop was stacked with shelves filled with various books. He noticed that most of them were old books, he could tell from the book's cover, that some were already faded or flaking.

"Sorry for the wait." The man abruptly said as he stepped out of the backrooms. "Here is Mr. Rellock's order, please do take care of it."

“Of course.” Jeon nodded gently to the merchant old man. “I’ll have them delivered as quickly as I can.” He smirked, offering the man one last nod before taking his leave along with his three companions.

Delivering was such an easy job, this was the reason why Jeon took it. Besides, it had been quite some time since he had taken a leisurely journey from Crocus to Oak Town. Jeon took one last look at the obsidian-colored covered book. He liked the case of the book and the golden cursive writing on the front cover of the book, but he was not a fan of the stacks of weathered pages stacked within. It was not his to keep anyway, so with a shrug, Jeon passed the book to one of his lackeys and ordered him to take extra care of carrying the old thing. With the book safely stored, the group began to merge with the outgoing traffic, their destination, the exit gate that leads to the town of Oak.

Once the group had reached the exit, the group headed to a secluded area where Jeon summoned a steed of bones. "I should probably get a disguise for the horse as well." the black-haired young mage thought as the climbed atop the horse. With their master on board, the group continued on their journey towards Oak Town.

The travel was uneventful save for the strange looks some passersby would give the group or the occasional unwanted comments that they give. Like the comment of a random old lady with short blonde hair who asked her friend who was also a lady sporting the same hair color and hairdo. "Who travels all covered in fabric on a bright sunny day? It must be sweaty in there!" Her friend would just reply "They must be part of a cult or worse. They could be really hiding their hideous faces!" Both gasped and clamored that there should be a road overseer to who they can complain about such things. Jeon's normal response would be to stare at them from head to toe then do an eye-roll, he found it sufficient enough to shut them up or make them walk away faster.

In no time, the group could see the gates of Oak Town. The scenery of Oak Town was different from Crocus, if the Capital's streets were bustling with people, in Oak Town people were traveling at a more leisurely pace. The place was not as fancy as the Capital but the town had a picturesque view. "I'll probably buy my own place in this town once I have at least a billion jewels." As if asking his master to focus, the steed neighed and stomped its front foot. "Yeah, yeah. We still have a job to finish." With that, the group continued on their march into the town of Oak.

Oak town was a really small place, in just a few minutes, the group was able to reach the mansion of Mr. Benjamin “Benny” Rellock. The mansion was a two-story stone house with a veranda and a balcony. Granite stone columns supported the weight of the balcony while matching the overall aesthetic of the obsidian-colored brick walls of the mansion. All around purple roses grew, acting as hedges around the house. The garden was spacious and various rare colored plants and flowers grew in droves. It even has space for a small pond where various aquatic fauna could flourish.

As if expecting them, the main door of the house burst open, revealing a man in his late 30's, wearing a floral shirt, grey khaki shorts, and a fedora. The man waved at the group and welcomed them, no sooner had the man stepped out two women dressed in maid outfits carrying food and drinks also stepped out and offered them for the weary travelers. "You must be tired from you journey, you should at least eat." Said Benjamin. "Don't mind if I do." replied Jeon as he motioned for the one carrying the book to hand it over to their client. "This is quite good." he spoke again as he licked the remnants of the sandwich from the edge of his lips. "Hope you don't mind if we take home the remaining sandwiches, my companions aren't really that hungry...Right?" The three nodded in unison.

Though confused a little, Benjamin just smiled and motioned for the maids to wrap up the sandwiches to their guests may take them to go. "Again, you have my gratitude. If there is anything you need in the future, please let me know."
Jeon's smile widened and said, "Actually there is something you can do for me I was actually interested in buying land in Oak Town."