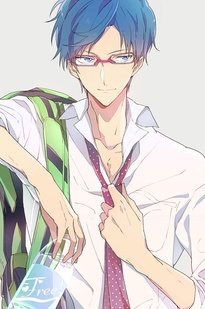 When Sojiro had woken up this morning, the first thing that he had decided to do was start to make breakfast for himself and the others who lived with him. During this time, he made sure to brew himself some tea and enjoy it before going to collect his roommates. It was during this time that Sojiro found out there was only one other person in the house, his friend from another world, Takumi Yoko. It was this same friend that had begged for his help on a mission because he had taken two other jobs scheduled for today and this emergency summons wasn't helping him any. It was annoying but Sojiro couldn't say no to his closest friend. So, after making sure to enjoy his breakfast to the fullest extent, the man made his way out towards Era so that he could help out.

Finding a criminal that was trying to hide wasn't going to be an easy task and Sojiro lacked any type of tracking spells, which was more than a little annoying. Back in his original world, he had seen plenty of movies during his time that starred a charming detective that was working on a case. In those movies, one of the first things they did before starting their day with a healthy smoke before washing the taste out of their mouths with a drink of whiskey, was start by looking in obvious places. So Sojiro first went to one of the Rune Knight buildings around and got some basic information, like where the man had been staying at. It was during this time that he also found out that the man also had a family that he left behind when he went to jail. That seemed as good a place as any to get started.

He wasn't even a block from the house before he heard someone calling to him from the bushes off the side of the road. Confused, Sojiro approached to find out that it was actually the escaped convict that had been calling him over. It was then that the man explained everything, laying his soul bare to Sojiro. He felt pathetic leaving his little girl without a father but he didn't want to ruin her life by showing back up or dragging her into the drama of her father being a convict on the run. He just wanted to see how she was doing and see if she was happy. With tears in his eyes he asked Sojiro if he could just watch his daughter play in the backyard for a little bit more and then he'd go back willingly.

» Off To Pet Cats
» warrior cats: a rpg
» Running With the Big Cats
» Of Cats and Bones
» Warrior Cats of the Forest