Dance The Night Away ~ 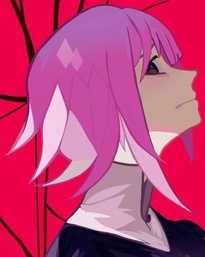 Dance The Night Away ~

Glancing up at the moon that was steadily rising in the night sky nervously, Wynne let out a sigh. Here she was, on her first big job for her guild. Not a measly D rank for her, oh no. A big whopping C rank. Why she picked this one out for herself, she had no idea. To impress her guildmates perhaps? Naive now that she was looking back on it. For some reason she had foolishly assumed that some of her nearby companions would have joined her on this mission. After all, why not? A good little bonding experience you know? Get to know their new teammate. But nope, here she was. Little Wynne, all on her lonesome. In over her head yet again. That’ll teach her to try and act cool. It’ll be so awesome when they mail her corpse back to her guild.

Crouching down on her knees and letting out a muffled wail, the skittish woman tried not to ruin the dress she was wearing. Because how could she forget! Not only did she have to do this job with no guildmates, she even had to dress up! She hadn’t done makeup in years! Prettying up her pale face had taken forever, and she wasn’t sure if she had done a good job. It probably wasn’t even necessary, but the job said that they’d be dancing at a well known club, and she didn’t want to arrive looking like her usual self. She didn’t think her looks were that flattering normally, and she’d be embarrassed if she failed the job because of it. Might as well leap off the edge of a building now if such a situation happened.

Besides makeup, Wynne was also wearing a black dress with an open back that she was very uncomfortable in. The back section was very breezy, but she felt her normal work clothes wouldn’t really fit well for what the job entailed. If she wanted to out dance the greatest dancer, not only did she need to be able to dance, but she also needed to look the part as well. Those two things would be vital in the upcoming hours. A thick black choker adorned her neck, and a black veil covered her shoulders below it. She had some other pieces that added to her outfit, but nothing too extravagant. It was quite a bit of black, but that was the color her closet mostly consisted of, so it would have to do.

After feeling sorry for herself for several minutes, Wynne gathered herself together and looked around. Although she would have no guildmates for this mission, saying she was tackling this problem completely alone was technically a lie. Near the place she was currently at she was supposed to meet someone from another guild before heading to the club. She wasn’t sure exactly who, as the details had been scarce, probably on purpose if she had to guess. Job meetups loved doing stuff like this. Two people had more of a chance winning the dance off than one, assuming both of them knew how to dance. Now she just had to wait and see who’d she’d be working with.

» Sad Night, Smokeless Night
» Night Sky
» We Own The Night
» Snatched in the night
» In the Dark of the Night