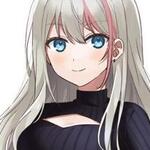 Slayer Details:
Overview: Slayers are mages which have been gifted control over an element (or potentially a concept) from a dragon, god, demon, or some other aspect or being. This can include both learning it directly from the being in question or through a lacrima left behind by a being. There are several different types, generations, and versions of Slayers. Details on every possible type of Slayer Magic can be found below the following benefits for Slayer Magic. Note that Slayer Magic cannot be freely created on FTRP. In order to obtain Slayer Magic, one may register to use it in this or can use a Slayer Lacrima in order to obtain it.

+50% passive increase to Strength, Speed, and Spell Damage.
Greatly enhanced senses of Hearing, Sight, and Smell.
Ability to Consume Magic of the same element as the Slayer Magic to regain MP as well as the Force Ability (See below).
Inherent Damage Resistance to their slayer element based on the rank of spell/ability as follows:

Naturally-occurring Elements: Naturally-occurring sources of the element a Slayer controls can be consumed to regain MP. If a naturally occurring version of a Slayer's element is consumed it regenerates 5% of a mage's maximum MP. This form of elemental consumption can only occur once per post max, but functions independently from regular MP regeneration and can trigger separate from the regular cap imposed by MP regeneration.

Additional notes: Slayers cannot consume their own spells or abilities, whether this is from their magic, a weapon, a Summon, Take-Over's spell, or any other source of their own magic. Slayers can’t eat their pet’s abilities, or their pets themselves if they are made of an elemental magic.

Advantages: Demon Slayers learning their magic from Demons, making it blessed magic. The element of darkness/light is inherently mixed with the other elements used in the Slayer magic to alter their properties slightly. Demon Slayers deal double damage to Darkness, Demon, and Undead type non-player opponents.

Force highly increases the power of the Slayer's Strength, Speed, and Spell Damage by 100% rather than just 50%.
While Force is active, the Slayer is surrounded by an aura of their respective element, increasing either their base spell damage or their base melee damage by 50%. This increase is separate from other base increases and can apply independently of the cap imposed on base increases.
During force spells cost no MP to cast.
To maintain Slayer force one must spend 10% of their total MP per post. MP cannot be regained or regenerated while Slayer Force is active. Once the user of force hits 0 MP or once they choose to cancel it Slayer Force ends. If one hits 0 MP they suffer from the consequences of running out of MP as normal.