Stories of the World 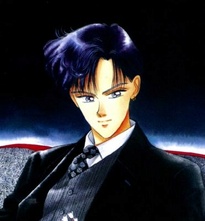 Stories of the World

Magic Name: Stories of the World
Magic Type: Summoning (primary)/ Holder (auxiliary)
Description: A combination of ancient and summoning magics, Akira came across the manifestation of this magic through research and happenstance. All it took was time in a hidden library, once upon a time, and the need, whether compelled or voluntary, to read every single word upon every single page. Once he finished every book, one page remained as it all faded away from existence, leaving only the magic of each story behind for the mage to use.

Using the single sheet of paper as described above, Akira summons forth a large leather-bound tome filled with an unknown but finite number of pages, accompanied by a floating book stand; this allows him to be mobile in combat if and where necessary. Through the pages of this book, Akira is able to summon a specific number of warriors, creatures, monsters and etcetera to serve him.

The strengths are determined by who and what is summoned, ranging from skilled warriors to something as strong as a dragon. However, the weaknesses are directly linked to Akira’s physical and mental state. A shaky confidence can make a warrior back down; an injured arm or leg can lame whatever is summoned. Additionally, interrupting a summon will cause it to be incomplete, missing armor, weapons, or abilities that would normally be possessed.

All summons are based on known stories.

Name: Turn the Page
Rank: D
Duration: 1 post
Description: Provides a moderate MP Regen boost and small HP healing; Akira achieves this by flipping through multiple pages of his book, and a subtle green aura frames his body in the midst of it. He can only use this on himself. Interrupting it is possible, however it reduces the HP healing effect while canceling out the MP Regen.

Name: Sir Lancelot of the Round Table
Rank: D+
Grade: Normal
Linked Equipment: Two steel scimitars, chain mail with a leather jerkin over top, emblazoned with the crest of three gold lions on a blue background
Melee Damage: 7
Summon HP: 75
Range: 25m
Speed: 45m/s
Duration: Lancelot lasts as long as his HP holds out or as long as Akira’s MP holds out; he takes one post to summon using the phrase, “Lancelot of the Lake, Knight of the Round Table, your master calls you forth! Long live the King!”
Downside: n/a
Description: Sir Lancelot du Lac is one of the many fabled Knights of the Round Table, headed by King Arthur. His skill with a sword is often unmatched, besting many in jousting and duels. He was also known for his intelligence and charm.

His persona is the exact same when summoned by Akira, and they work together as a team. In fact, Akira has always leaned on the use of Lancelot for many of his battles and is a consistent companion, the summoned warrior acting most on his own as he is the more seasoned in combat.

Ability 1:
Name: True Strike
Rank: D+
MP Cost: 45 SP
Category: Offensive
Type: Single-Target
Damage: 80 HP
Range: 35m
Speed: 55m/s
Duration: One post
Downside: Sacrifices 10m of attack range to increase speed of attack.
Description: Akira is the one who triggers the casting, where Lancelot is the vessel that uses it. Using the increase in speed, Lancelot charges at the target and unleashes a flurry of 4 to 6 well-executed slashes, depending upon how weak the target is compared to Akira/Lancelot. The swords being unenchanted, the only real weakness to this ability is Lancelot’s standard equipment.

As Lancelot’s summon rank changes, his equipment does as well, which will be added to in the future.

Ability 2:
Name: Knights’ Honour
Rank: D+
MP Cost: 30
Category: Supportive
Type: Healing
Healing: 30 HP
Range: 45m
Speed: 45m
Duration: One post
Downside: Can’t attack for the one post
Description: A wave of inspiration is cast to the target, healing the target. This can be cast to other summons that Akira casts.

Name: Svalinn
Rank: D
Grade: Normal
Linked Equipment: A Viking axe, a large wooden shield with studs, rivets and iron bands, with a sun painted into the centre; he wears chain mail and other standard Viking armaments
Melee Damage: 5
Summon HP: 75
Range: 5m
Speed: 15m/s
Duration: Svalinn lasts as long as his HP holds out or as long as Akira’s MP holds out; he takes one post to summon using the phrase, “Svalinn, stor kriger, ta ditt skjold og øks til min tjeneste! Måtte Valhall brøle av glede mens du kjemper!
” (“Svalinn, great warrior, take your shield and axe to my service! May Valhalla roar with joy as you battle!”)
Downside: Sacrifices range and speed for HP.
Description: Svalinn is actually the name for the shield and not its bearer. In old Norse mythology, Svalinn is the shield that protects the Earth from the brutal heat and light of the sun. Akira came about this story while in the ethereal library where he found his Stories of the World summoning magic.

As such, Svalinn is the shield to Lancelot’s sword, standing to protect Akira from any attacks to pierce through Lancelot’s defensive capabilities as a summon. Between the two warriors, there is a steady respect, and they feed off each other’s knowledge and experience, as well as taking advantage of Akira’s abilities to connect their thoughts and wills as one.

Ability 1:
Name: Stalwart Guard
Rank: D
MP Cost: 20
Category: Defensive
Type: Multi-Target
Damage: n/a
Range: 20m
Speed: 20m/s
Duration: Passive
Downside: n/a
Description: Svalinn slams his shield into the ground, and the inherent magical properties of the shield in mythology shines through, as a protective aura of light covers all allies in the 20-metre range. This aura adds a moderate defensive boost to all magic within range. Effects are also diminished (burning, cold, etc) but not canceled out.

Ability 2:
Name: Shield Wall
Rank: D
MP Cost: 20
Category: Defensive
Type: Multi-Target
Durability: 30/60/90
Range: 20m
Speed: 20m/s
Duration: Lasts as long as durability.
Downside: Sacrifices ability to attack.
Description: Svalinn casts a protective shell around those within range. Although he can maneuver around as necessary according to his movement speed, he is unable to attack, which would otherwise cancel out his own spell.