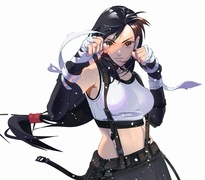 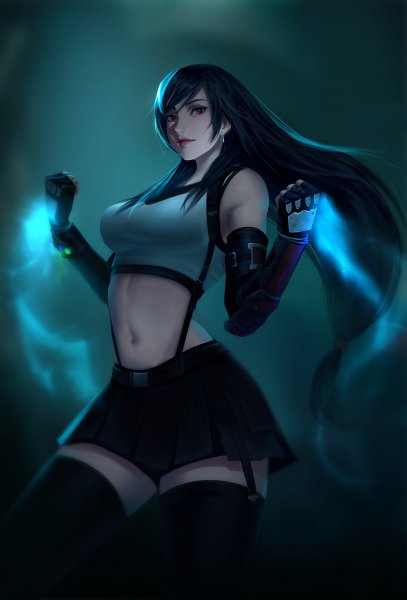 Event wrote:This is the group that will be utilizing stats for the event. You will need a stat magic that has been updated and approved to the most recent magic patch. As the citizens, tourists and representatives start their day, the Joya scouts reveal that an army of bandits have been scouted on the outlier of Felidae City. These brigands from Desierto are looking to cause a ruckus and cause chaos. Their plan seems to be to storm the city and kill as many people as possible, including all the representatives from every nation. You are tasked with defeating them and keeping their murderous plans from coming to fruition.

Players are expected to work with and keep track of their stats (like damage dealt to opponents, damage received, spells, their own HP and MP, etc.) within their event threads. Magic or equipment are not strictly required, though all enemies must be defeated using stats in order to complete the event if this way to complete the event is chosen. If any of this is not given in a player's event posts or event threads as a whole, the event turn-in will be denied. Similarly, an event turn-in will be denied if a player's use of stats breaks the current Magic Rules until the issue in question is resolved.

Players are required to roll the Monster Dice 10x in order to successfully complete this version of the event.

Nobody expected the catastrophic conflict between the Bellian and Pergrandian armies to end in a cease-fire. Ishgar's countries waited with baited breath, their armies at the alert and battle trumpets ready to sound. Kismet found herself outside Joya as a result of this. Members of the legal, guildless, and "dark" guilds were all hired to help in some form. In her situation, she was outside of Felidae City. An army of bandits had been scouted on the outlying of Felidae City, according to Joyan scouts. These Desierto brigands were trying to create a disturbance and disruption. Their objective appeared to be to attack the city and kill as many people as possible, including all of the foreign dignitaries. She was tasked with fighting them and preventing their evil schemes from becoming a reality. She almost felt like she was being hypocritical by being here, but gifts and a large amount of jewels prompted her to do it anyways. She laughed a little as she also hoped that the good deed might erase some of her past transgressions in the eyes of the Rune Knights if she was ever arrested and put on trial.

Kismet was approached by a senior officer who gave her orders to stand at a certain location to confront the approaching bandits. Kismet was unconcerned with commands, and the gentleman had no idea what she was capable of in the first place. If she followed the orders, she was more likely to inflict greater harm to the city in collateral damage. She marched out of the city, waving a hand in defiance, to confront a gang of 10 who were approaching to wreak havoc. She planned to finish this as swiftly as possible, collect her treasure, and return to the guild hall with her guild tattoo.

Because he had been trained in fighting techniques, Kismet was quite excellent at sizing up another opponent at this stage. Two of her higher ranking guildies had assisted her in demonstrating that appearances may be misleading. She stared at the group of ten, combining the lessons she had learnt. Two of them appeared to be no more than minor crooks attempting to establish a reputation for themselves, with no martial or magical training. The scimitars and knives, which were most likely provided to them when aggressive duty was necessary, were the only items they carried with any actual worth. Kismet did notice that these stolen gold weapons were in excellent condition, pointed, and capable of inflicting lethal cuts. The most important thing was that they were made of gold, and she planned to gather them to add to her treasure hoard.

The bulk of the group were actually people she had seen before. She didn't know then specifically but recognized their clothing and demeanor from her travels. They were slave drivers and most likely in charge of the ones wielding the golden knives and swords with little to no skills. They were wielding with long swords, scimitars, knives, spears and shields and could most likely mix both their magic and their weapon skills adeptly to combat. She almost wanted to give them a chance to show off but given they had the boon of numbers on her she was going to strike fast and hard to take out the majority of them that she could with her combat techniques that could damage an area. She had monster strength and this would be where she shined. There were just two remaining, she noticed with a grin on her face. They conveyed authority and experience, standing tall, well built, and wearing armor over their desert robes. The two so-called God-Kissed Acolytes in front of her were the genuine symbols of the tribe of men before her, and she knew they were going to be the real battle, the real conflict.

With each step her heart pounded with excitement until she stood before them just a mere 20 meters. They stood there laughing at her, weapons drawn almost confused that a small, lone woman had come out to greet them. With her her fair skin, dark hair and revealing clothing they bandits of the God Kissed thought they had stumbled upon a new slave to capture, use and bring home with them. Oh, was she happy to show them wrong. Her boldness had worked better for her than she could have ever imagined and allowed her to get up close. The two officers of the group most likely held magic that could have assaulted her from a distance and they hadn't used it. A mistake they were moments away from learning was the poorest decision of their lives. It was time to kill some would be murderers.