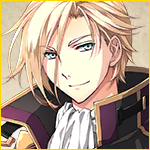 Uriel Tyrae
To Earthland And Beyond Some time ago, at the ports of Hargeon...

It was yet another beautiful day at the seaside port town. Aboard the well-worn Ca-Elan merchant vessel Indefatigable, whose two mighty warship escorts - the Invicta and the Solaeon - lay at anchor a few miles off the coast of the city, the crew of the ship were finally beginning to offload their important cargo that was now destined for a number of other cities within Fiore's borders, which contained everything from foodstuff to weapons, especially now that the state of the world was beginning to fray at the seams. Ca-Elum's weaponry was now in high demand with disaster looming on the horizon. Needless to say, those weapons required escorts to and from their destinations, and with the high-powered naval efficiency of the distant nation, these weapons would make it to their destinations unharmed, as per the reputation of the monarchic state. Aboard the Indefatigable, one passenger was simply there to venture forth to the nation that they were arriving at. Uriel Tyrae, second-born son of the Tyrae family, had paid for his passage aboard the merchant vessel, and under the watchful eye of the Ca-Elan Royal Navy, he had arrived at that destination, with little more than the jewels in his pocket, the will to venture forth, and a song in his heart.

To do so, however, the erstwhile adventurer would have to provide some proof of his permission to travel from other nations in order to access Fiore. Evidently, before boarding the mercantile vessel, he had acquired a passport from his homeland, and was willing and prepared to present it to the port's peeved porter, pending his permission to pass. That sentence was, in fact, a mess.

As Uriel stepped forth from the deckplates of the ship, the port official was in fact there to check his paperwork. The noble procured his green passport, indicating him as a native of Ca-Elum and that he was given royal permission to travel internationally. All passports in the likeness of the Queen were valid, and this was no exception. Instead of needing to apply for a passport native to Fiore, he already had his; this was a situation whose reversal was likely to be appreciated by most officials. Why go to the trouble of issuing a passport to someone who could not legally acquire one, after all?

"This appears to be in order," grumbled the man. "Welcome to Fiore."

"Thank you, good sir," replied the blonde-haired man. Finally, another step, and more until he had passed through with what was left of his belongings into the greater land of Fiore. What he carried in his duffel bag was in fact minimal and he had come with money, not possessions; the wandering rogue had considered that it would be far easier to re-settle here with new items to his name and try and rebuild his honour, his noble title and his reputation with little to his name and start from the very bottom of the ladder. It was not an attitude that many nobles considered to be the correct course of action, but this was not a normal thing for a Ca-Elan to have to do to begin with.

For now, Uriel could drink in the taste of the air known as freedom.

Now that Uriel was finally feet-first into Fiore and the town itself, he could begin the mission to ensure that he was ready for proper adventuring across the lands. There had been a great number of considerations made to the breadth and depth of this grand adventure, but there were a number of sticking points that had formed the nucleus of the decision not only to come to a different country but also to crusade across its lands. It was, by stark contrast to his home nation that bore the greatest traditions of duty, loyalty and honour, a land of mercenaries and gloryseeking. This was something that appealed to Uriel's sense of adventure, which unfortunately was a little less commonplace in his homeland; sure, there was the joy of sailing the oceans and fending off great beasts of the sea with little more than the ship's weapons, but that missed the inherent spark of seeing the unknown and staring down the horrors of your heart with little more than the blade in your hand. As such, this was the decision that had been made: join one of the guilds of Fiore and see where the sense of adventure took him. What a novel concept, to be honest. As a trueborn noble, this was very much considered inappropriate behavior; to turn one's back on the realm and place their needs before Her Majesty's was almost entirely unheard of for someone of such high station. It had not been an easy decision, to say the least. It had been fraught with indecision, plagued with the difficulties of abandoning one's lot in life, and tempered with the fact that tye Tyrae family name would avail him naught in a foreign land and with no true support. His parents did not accept this decision, to say the least; they wanted their second son to follow along in the footsteps of his older brother and serve the realm with distinction. That, unfortunately, was not to be.

His parents had been won around with a simple argument: this was a long-term plan. This was a plan to keen his blade in the untamed wilds of nations rife with strife, and return that blade home as a champion of the common good. This was battle experience that he, as a sailor, could not otherwise have obtained with simple service, and that his magical talents were unfortunately wasted where they could not be maximally applied to fighting true opponents. Power begat power, and in the other nations, magical power reigned supreme. Ca-Elan weapon superiority worked on the untold monstrosities of the ocean, but not a rampant Bellan mage whose powers could stop time, for instance. He would need to hone those skills better in a place that was more suited to that kind of combat.

Besides, now that Joya had... suffered, this was now a very real problem. One he intended to be able to handle.

Uriel's goal here, therefore, as he contemplated a cup of tea by the seaside, was to train himself. Train himself until his powers would allow him to be the greatest shield, and the sharpest spear, to protect the meek. He would be the royal knight of the court that served the people with chivalry and righteousness as sword and shield. Was that a delusion of grandeur? Perhaps.

As Uriel raised his tea to his lips, he looked out over the port and saw that the three ships that had come from his homeland were now raising anchor and departing from the port. The final lifeline from Ca-Elum was now being cut. This was it; he was here, now, until his quest was complete. The die had been cast.

Another sip of his tea. He was going to need it.

Tea finished, Uriel could now turn his attention to the challenge of establishing himself a foothold in a brand-new country with only a few things and some coin to his name. The unfortunate reality was that he did not have the financial support he would have wished for, but only his wits and his abilities; it would be enough, however, if he could get himself sorted out without too much fussing around. So, he'd made a stop to a local store in order to find some local magazines and perhaps glean some information about the current state of the nation. Fiore was as deep as the ocean when it came to local politics, especially with the breadth and depth of guilds and their interactions. Some were tied to the government, some had gone rogue, some were simply businesses with a very mild facade. Therefore, the concept was to read about them. What better way than to study local publications and read up from their perspective?

As such, Uriel had purchased a copy of a document referred to as Sorcerer's Magazine. By way of recommendation from the local newsagent, it was apparently the go-to for many of the local guilds to advertise themselves; there were typically interviews with powerful mages and other such information on things. Therefore, it was an appropriate decision to attempt to read one of these and glean what he could. Such being the case, he flipped through its pages; there was plenty of information despite this being a holiday edition. As such, what he could glean was interesting, certainly; the most recent featured guild was one of the dark guilds that he had read about. That, unfortunately, was not to his liking.

Such being the case, Uriel went to the shopkeeper. "Would you perchance have previous editions of this magazine, sir?"

"Let me check the back," was the simple response. Minutes later, Uriel had the last three editions of the magazine in his hands for his perusal. Thanking the shopkeeper with coin and custom, Uriel took his haul to find a nearby bench and read through them to glean his information. This seemed considerably more palatable; here, he could read about most of the other guilds and study about their choices. There seemed to be a reasonable balance of good, bad and intermediate guilds, each with their own checks and abalances. And, in addition, there were no shortages of pretty faces to draw in the reader; Uriel found himself drawn to one particular blue-haired woman who featured in an advertisement in the second edition that he read, whose name appeared to be... Gaia? Interesting.

However, there were three guilds that piqued the curiosity of the wandering knight; first, the Rune Knights, agents of the government; Uriel could not in good faith serve another nation's governmental interests. Luminous Rose appeared to be nice enough, but it was a little too much about the colour pink and seemed to be the home of artists, not warriors. Yet, Sabertooth? There was some potential there. They seemed to follow a similar worldview to him. Perhaps he'd contact them.

Well, that was enough reading for now. Stowing the magazines away in his bag, Uriel now satisfied his mind that he had a basic goal: first, make some enquiries to the guild known as Sabertooth, and see where that took him. If nothing else, it was a start. He'd have to see where this grand adventure of life took him.