Vamps on a Train! [Private]

Vamps on a Train! [Private] 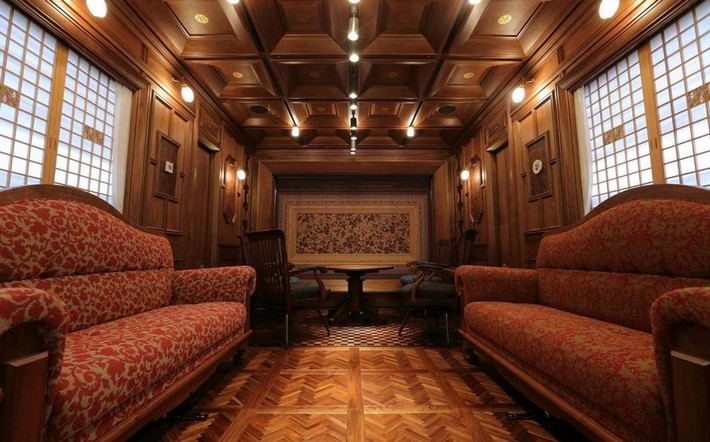 It admittedly had been forever since Lycan Von Balaur had properly been around other people, and not sulked in the shadows or purposely tried to stay away from others. During his travels, Balaur remained out of the public eye and from civilization, he did not want the knowledge of his nature to attract the attention of vampire hunters or powerful magicians that may impede or hinder the arrival to his destination. For that reason, Lycan had not properly socialized himself to human interaction, nor had he tamed the beast within that compelled him to hunt for blood. Therefore, he needed to civilize himself again, to tame the beastly hunger, and to once again, become master of his own body- not the beast within. When he woken, when that foolish archeologist opened his tomb without knowledge of what was within, Lycan could not contain himself and slaughter on all those who accompanied the dumb scholar.

It was honestly embarrassing, Lycan had not lost control like that since the first three weeks that he had been turned, to find out that he nearly regressed to an animal like state unsettled him, and he could not allow that to happen again. So, Lycan hatched a little scheme, one that would allow him to dine on the finest supply of blood that this petty little country could offer, and slowly teach Lycan how to blend into a flock of fool hardly sleep. You see, blood was knowledge, blood was life, and a well-tailored course can reveal multiple secrets and increase the wellness. Unfortunately, blood was also extremely addictive, and it allowed him to live vicariously through a victim’s memories.

Balaur’s scheme was relatively simple, he had murdered, consumed, and stolen the identity of a nobleman from Pergrande by the name of Vladimir Mihwak, using the nobleman’s name to get him onto the first-class section of the train. There disguised among the social elite of Fiorie and other nations, Balaur could feast on the well-educated elites of society, and not that commoner blood that made him feel a bit stupider with each passing feast. For the most part, the plan went rather well, the conductor or whoever takes the tickets didn’t really question Balaur as to his identity, and like most of the elite he was given a seat right next to a door that led to the bar cart.

He was given a unique cabin that had a Victorian style about it, and the person who led him to his little home within the train, told him that the seat can pull out into a bed. She was also informed Balaur that he would have a guest with him, someone would be staying right across from him in the other couch-like seat. So, Count Lycan Von Balaur, sat quietly in the little cabin, and pulled the curtain up on the window so that he could gaze out into the sparkling night sky. The count was dressed in a plain black suit, with a white undershirt, and cloak fitting of a nobleman. Re: Vamps on a Train! [Private] 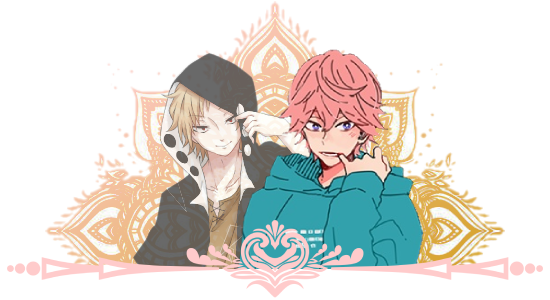 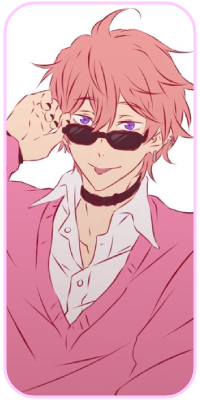 Sammy’s birthday was soon. So a gift was needed to be gotten for the child that was loved by his father very much, as well as a gift from the uncle who loved his nephew a lot. Daniel honestly didn’t want to take a carriage with all these gifts. It was slow, and bumpy on the cobblestone. He decided that he needed to take the train again. It had been quite some time. And since his mother knew he was off being a mage, just not with Dies Irae anymore, he was able to freely use his status and go off wherever and use his family's name for transport assistance.

He was dressed in a black tank top and sported deep red skinny jeans with a blackbelt holding them up. His tank top was tucked in and he wore black sneakers upon his feet as he walked up onto the train. On his tongue was a nice little tongue piercing that he usually kept hidden, till he spoke to others. Sometimes he fiddled with it in his mouth though. Right now he was carrying a bunch of bags and calmly walking his way towards his cabin that he was sharing with another noble. Being the son of a Marquis had its perks. He tossed his bags down to the floor after being led to the cabin and sighs as he flops himself down to the couch seat.

It was quite cushy, and he took a deep breath happily. “I missed this more than I realized.” He huffs to the air.

‘Yeah I bet, now make sure you get those presents wrapped.’ The ghost brother was sitting next to him, and wasn’t visible to others, nor able to be heard either yet.

“Why can’t we wait till we get home to wrap them?” Danny’s purple eyes glared over towards the blond ghost, unaware that he was a ghost right then, even more so since he didn’t pay attention to the tickets deal and didn’t realize he only had one ticket for himself.

‘Then Sammy would see! You dumbass! Now shush up, you have another next to you.’ The ghost snickers as he leans back and gets himself comfortable.

“Arminius…” Danny hissed under his breath as he pulled the skin under his eyes momentarily. That was always Armi’s hint that he was talking to thin air to others. Now he had to hope the cabin partner wouldn’t mind the random talking to thin air. He propped a foot up on the chair after pulling the couch out to a bed, and leaned himself back a bit. He honestly was curious about the cabin partner though, but he knew it would be considered rude, especially for nobles. Then again, he wasn’t looking or acting like a noble himself. Re: Vamps on a Train! [Private]

The count’s peaceful quietness was broken with the sound of bags rustling against one another, and some strange crashing into the cabin like he owned the train. The stranger threw the bags of stuff onto the floor, before shortly tossing himself onto the soft couch. Lycan just watched the scene take place with a meaning silence, his eyes widen, and a single brow cocked upward as the youngster started to talk to himself or the wall. He started to wonder if the kid had the wrong cabin, or if the kid was handicapped in some way shape or manner, but Lycan’s irritated stare dropped into a gentle smile and his eyes softened to appear a bit more welcoming. Silently, however, the count made a mental note not to drink this weirdo’s blood, out of fear that he may be sick or something. Lycan couldn’t risk getting some sort of blood disease or adopting some sort of unwelcomed tick or anything of that matter.

Lycan lived by the old saying “you are what you eat”, and he could not afford to let a poor choice of meals dragging him down to a shadow of his once glorious self. The ancient vampire’s eyes slowly dissected the stranger’s frame, his black hues explored his cabin’s partners attire, all the way up to his bizarre pink hair- by his own admission, Lycan started to wonder if his cabin partner would have made a good or decent snack or in the vary least personal guide. His gaze dropped down from the stranger’s decently attractive frame to the multitude of bags, and then once again, his eyes widen when the stranger popped the mechanism on the couch and turned it into a bed.

Admittedly, Lycan was a bit fascinated at how a couch could become a bed and withheld the urge to explore the bed even more. On the other hand, however, Lycan was a little irritated that the stranger popped the bed up without asking, narrowing the room between the two. Oh well, hopefully, this would lead to something interesting so at least something fun and pleasurable could come out of this relatively obnoxious fellow. A bag was kicked over to Lycan’s feet, bumping into him gently, the count reached down to pick it up and offer it to the strange fellow.

“I believe this belongs to you? I don’t want to step on it.” He said softly, his voice was laced with a thick icebergian accent. "You have a lot of stuff here is it someone's birthday?"