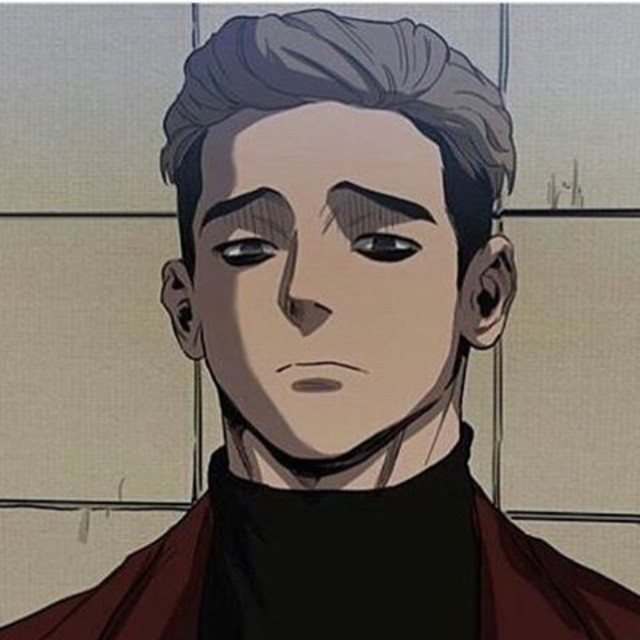 The cold bitter winds of Mt. Hakobe helplessly nibbled on Count. Lycan’s ears. The Count could not really feel the cold mountain’s chilling bite, merely, all he felt was a vague illusion of what it felt like to be cold from the days that he had been alive. Nothing more, nothing less. In a manner of speaking, Lycan’s sense still worked, and he definitely could still feel pleasure. However, when it came to temperature his senses had been dulled, reduced only to memory, and vague illusions. Temperature did not affect him, whether it be too cold, or too hot, it mattered not.

The Count had been searching for a place to call home after he awoke from his deep slumber, usually, Lycan would attempt to reclaim his ancestral homeland and return Iceberg and his family back to its former glory, but at last, Iceberg had changed a lot since he had ruled. Even more importantly, Lycan was without allies and his power had significantly diminished. Hunger had pained his stomach, and Lycan feared that his enemies had grown where he had lessened. For that reason, Lycan decided to leave his beautiful ancestral home, and flee out of country so that he can either gain more power or regain lost power and attain allies to aid him in his revenge.

So, the Count left his home and traveled to Fiorie after he had heard rumors and whispers about a collection of powerful dark guilds. Out of these guilds, Count Lycan discovered two factions that pipped his interest, an organization by the name of Erring Risings and the Abyssal Fleet. Seeing that he was not a commoner and did not want to be associated with filthy pirates, with that being said, Lycan decided to hunt down Erring Rising and incorporate himself into their organization.

Lycan trudged through the snow, until at last, the vampire lord had come across a magnificent castle, the Count cocked an eyebrow upwards and held out his arms as if to lift the castle up. This is magnificent, this is a castle fit for a vampire lord and his comrades, he thought to himself, and allowed a sly grin to inch across his beautiful, but pale face. Lycan reached out to grab the round handles to the great wooden door, and then opened it twice, both times slamming the door shut so that the inhabitants of the castle would know of his presence and come to greet him.

Unfortunately, the rules of the beast prevented him from entering into the castle without an invitation, so Lycan sat in front of the door, in the snow, waiting for someone to greet him. After six minutes or so of waiting, Lycan would slam the door open and shut again, and again, an again, until at last someone answered.

The White Queen
Another day fit for the queen to drink tea in her lovely home on top of Mount Hakobe’s tallest, and probably coldest, mountain. The white haired queen was wearing a deep U-neck halter top dress that had a greyish blue sash on her hips and a matching trim on the skirt. To make the neckline look ruffled, there was a similar matching ribbon in the neckline. Upon her hands were mid bicep length gloves, and on her feet were three inch high chunky heeled heels. The front door suddenly was opened and slammed shut a few times as the queen was drinking her tea. It echoed through the halls. The confusion was on her face as she looked to the closest knight to her.

They nodded before they quickly went to the front entrance to see who was there, opening the doors rather wide as he did so. “Who goes there?” The knight had features of a demon and glared down to the being sitting in the snow.

As the knight was asking that, the queen was making her way towards the door as well, having the curiosity eat at her too much. “Oh my!” She gasps as she leaned around the knight, holding a hand up to touch her golden crown on her head to be sure that it didn’t fall off. “Hello~ Are you here to join my guild?” Her eyes sparkled as she looked to the noble sitting in the ground, not that she knew they were one. The tips of her pointed ears wiggled through her hair as she grinned wide, showing her sharp teeth and purplish tongue. Without missing a beat, she skipped forward and held her hands out to them. “If you’re joining, come inside~ let's have some tea. Nadaline! Prepare some tea!” She tilted her head up just a bit as she said that last part, starting to turn around as she did so.

A demon-like creature greeted him at the door, Lycan had open his mouth to address the beast, but someone pushed him out the way. A woman with long white hair, pale skin, and deep purple pinkish eyes had peeped around the hellish knight. She wore a golden crown that seemed to have been a bit too big, or at least, Lycan assumed that it had been big because she used a free hand to keep the piece of royal jewelry atop her delicate head. With the crown atop her head, Lycan reasoned that this individual was perhaps the leader or keeper of this fort. His assumptions were conformed when the beautiful stranger questioned him if he was looking to join her guild, but again, before he could say anything she held out her hand, and invited him in.

Lycan accepted her hand and was immediately pulled into the castle. She was an odd fellow, that much was sure, Lycan also wonder if she could have been a vampire. Silently curious as to if her pointed ears, sharp teeth, and purple tongue might be evidence to a similar nature as him. He would have asked, but this kind mistress seemed to be of noble descent, and for that reason, Lycan treated her with the upmost respect that he could muster. Granted on the surface, this respect offered to what seemed to have been the guild master, would appear to be hollow and sarcastic.

“I might be interested in joining this establishment that you have created, if said faction is the guild known as Erring Rising.” He took a moment to glance back at the demon-like knight. “Something tells me that is the place.”

The queen of Erring Rising skipped through the hallway, Lycan had slipped free from her grasp as soon as he entered into the keep, and silently lurked behind her. The count was a handsome fellow, with soulless jet-black eyes, perfectly cut and slicked back blonde and black hair, and a slender but well-define build. He was dressed in black noble attire, fitted with a beautiful cloak that was held together by a dragon-like brooches. “Forgive me, I haven’t introduced myself. I am Count Lycan Von Balaur.” He held his hand to his heart, and bowed.

The White Queen
While the two walked the hallway, she looked over her shoulder and giggled some to the comment about the establishment being that of Errings Rising. She began to grin devilishly towards the person who was following her. “This is indeed Errings Rising. My home away from Iceberg. This is also one of the two places-” She leans towards him and holds out her hand with two fingers up. “... that Errings Rising controls without issues. Hostia is our very own country and it’s an absolute delight! You should visit during the summers, it’s so pretty and it has a nice breeze, just a bit too hot for me.” She leaned away from him and mimicked waving her hand like a fan.

She glanced back towards him after that, eyeing him slightly and getting a slight blush running across her cheeks. She raised an eyebrow and turned herself around and picked up the sides of her skirt as she curtsied to him, but just barely as she didn’t feel like doing so. “I suppose I should introduce myself as well. I am Queen Saraphina Rose Zima of Mount Hakobe, Noble Ruler of Hostia, the angelic Guild Mistress of Errings Rising! Savior to those with laws. Wielder of Nordic Magic. And destroyer of those who create, enforce, and inspire those laws.” She held her hands up when she started her decently long introduction, but ended up bringing it down in a fist near her chest. Her pupils seemed to slowly shrink as her eyes widened with excitement with each word she let leave her lips. But as quick as the crazy eyes started to come, she shook it off and giggled as she put a hand on her cheek, turning back around to lead him towards the parlor.

» Vampire Vs Well Everything
» A new family for a Vampire cat
» This Vampire is Very Mooooody
» Should you invite a vampire?
» Eldritch Vampire