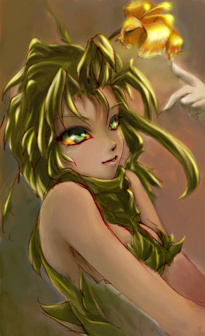 Lily looked up at the tree reaching towards the heavens before her, its leafs already a mixture of brown, red, and yellow. The heat of summer was quickly fading, and the plants new it, shedding their vibrant coat to turn barren and withdrawn for the incoming winter. However, while they may appear dead from the outside Lily could tell that this tree, just like the others, was merely going to sleep. It would rest for as long as the cold lasted, protected from its bite by its hardy trunk, only to awaken when the weather was favourable once more and spread its green glory.

As a dryad, one might think that Lily wouldn't like either autumn nor winter. And the truth was that she always felt a bit lethargic during these cold days. However, she embraced them just like she embraced spring and summer, a part of the cycle of life and death that all that was nature experienced. Most creatures didn't pause to complain about the harsher parts of life: they just struggled their way onwards, either conquering those challenges and earning the right to live another day or falling prey to the obstacles and becoming a stepping stone for future lives. That didn't mean unfairness didn't exist, or that complaints were never justified, but it helped put things into perspective.

But Lily hadn't come here to think about such things. She was merely wasting time as she waited for her partner for the occasion to arrive. You see, the civilized folk liked to make celebrations for pretty much everything, from the hottest days of summer to the coldest days of winter, to everything in between. And they had a celebration for this time as well: the time that they would harvest the fruits of their hard labour and hunker down to survive the winter. As civilization had progressed the survival part had become easier, but they definitely still enjoyed this harvest festival, even giving it a bit of a scary theme to remind themselves that autumn was the time that the world turned darker (which, for most civilized species, was dangerous due to their diurnal nature).

This was the first time that she was experiencing the harvest festival as a member of Meliora Vitae, so of course she'd asked around whether any of the other members would be willing to join her. Eventually one had agreed, and they'd then quickly laid down the details of where they would meet up to enjoy the festivities. Lily had turned up early, as she was wont to do, together with Basin, her eternal, trusty partner. Together they enjoyed the peace and quiet before the festivities would begin, at which point Lily was quite sure there would be a lot of noise and merriment.

And since she'd learned last year that you were supposed to wear a costume for such an occasion, she'd gone through the trouble of creating a costume for herself, and convincing Basin to do so as well. As the festival was supposed to have a creepy theme they'd both done their best to look more scary than usual, with Lily having abandoned her softer appearance to instead double down on her innate nature as a tree spirit. Basin, already quite intimidating due to being a giant animated boulder, had collected some darker stones and crystals to give zirself a more menacing appearance, with sharp crystals jutting out of the guardian's surface. Together the two of them looked quite like they represented the more threatening sides of nature, the wrath of the forest and the merciless mountains that would crush all underfoot.

Lily certainly hoped that their companion would appreciate the costumes. She'd forgotten to ask him if he'd be wearing a costume as well, but she certainly hoped so: civilized folk were always so creative and ingenious, so any costume Rhace chose to wear would probably make the two of them look drab in comparison. 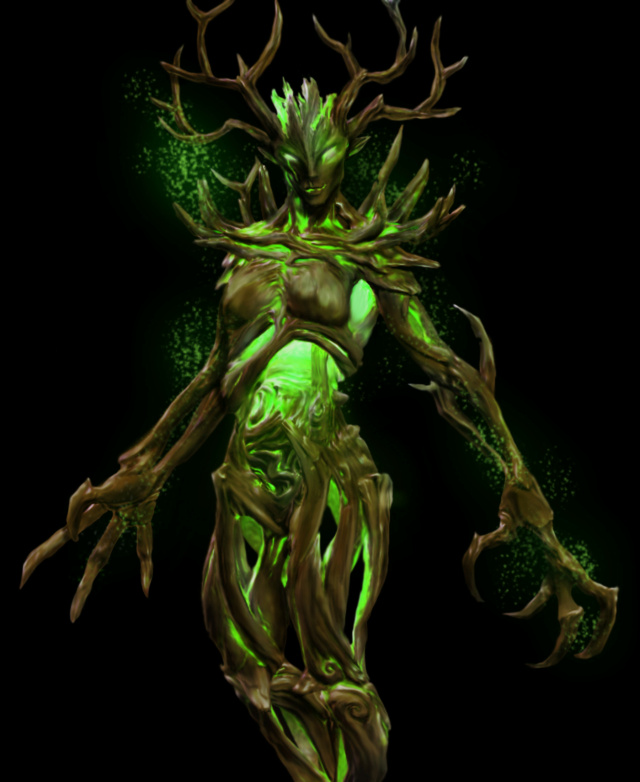 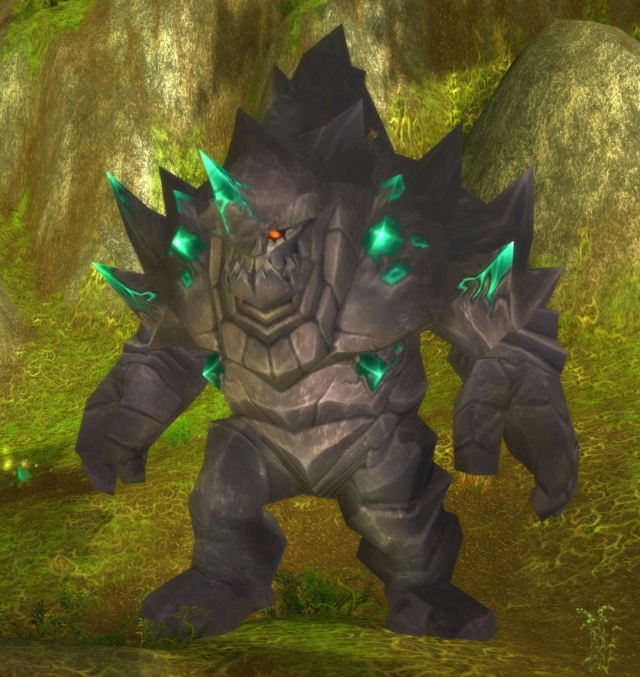