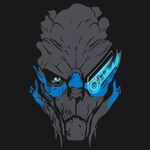 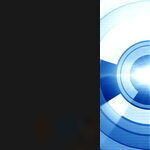 If there was one thing that Hosrius could accomplish, it was a hunt.

So far during his tenure on Earthland, the Jirian had kept to himself and done a few jobs that drew very little attention. While he was not embarrassed or overly cautious about his alien physique, the last thing he needed was to make an international incident drawing attention to him. Besides, it seemed most people believed that his features were a side effect of whatever magic he happened to wield and he was happy to let them think as much. But living off of the minimal money he brought in had put him in a bit of a bind, causing him to become very picky with what he purchased. Food and ammo were his top priorities but it was starting to reach the point where he would have to start picking between the two. Worse yet was that Earthland didn’t exactly sell his weapon’s kind of ammunition so he was forced to buy components and build his own. Not a difficult task but one that was costly. He could ask his new acquaintance, Mercury, to help him out but it felt a little tongue-in-cheek to call on a woman that he knew very little about.

So in an act to hopefully give him a boost, he decided to put his skills out in the open and took on a bounty hunting job. It promised a decent haul of jewel, which was all that mattered in the long run. It would also help him establish his tactics against people that could wield magic, given that he’d only gotten a little bit of exposure during his time on the planet and it had mostly been out of combat. In a port city known as Hargeon, there was a rather despicable slave trade running in full swing. Women were being kidnapped left and right and being sold to other countries for a decent profit. Someone who had once been part of the operation had grown a conscious and alerted the Rune Knights, putting out an official bounty. The location was provided along with minimal details of what kind of numbers could be expected. Overall, a simple mission or so he believed.

The port wasn’t hard to find; the slavers had set up in a back bay area of Hargeon. A lot of abandoned factories and buildings, once belonging to corporations but left to rot after some kind of cataclysm some years ago. The perfect place to hide from the authorities if one was willing enough. Hosrius scouted out the area, keeping to the shadows as he marked his targets and got an idea of the outline of the area. They had rotating guards; recruits by the look and sound of them. They spoke to one another of how excited they were to get a chance to prove themselves worthy. They had some choice words about the women they had captured and ones they intended to kidnap in the future, words that were utterly disgusting to the Jirian. When he was sure that he had properly gotten an idea of what he was up against, he swiftly scaled one of the former warehouses.

Setting a sniper nest up, he laid down on his stomach and placed his weapon into place. The first task was taking out the patrolling guards to draw out the whole of the crew. He swiveled his gun as each man and woman moved into the open, firing a long range stun blast. One by one they went down, dropping to the ground uselessly. Several minutes passed before he caught sight of more movement from one of the other warehouses. Five other slavers came running out, shouting for their friends. Three of them were sniped down before they even knew what was happening. But the other two dove into cover, hiding behind piles of debris. A clever move but unfortunately for them, Hosrius had anticipated such an outcome. Small, oval reflectors had been placed along the walls by his hand, programmed to shift when he input a command into his armband. After angling each one appropriately, he let loose two other shots, bouncing the stun blasts off the reflectors and slamming them into the bewildered slavers.

That did it for the bulk of the crew. Now where was the--

The sound of leather boots quickly slamming onto metal rang out behind him, along with the slight vibration on his stomach. Hosrius swiftly rolled to the side just as two cutlasses stabbed into the roof where he had just been, easily slicing through the thin metal. The Jirian continued to roll until he managed to get his feet underneath him, popping to his feet. He leveled his rifle to shoot at the woman but she was already charging at him. She was remarkably quick and Hosrius was forced to turn his weapon around to block her swords before they bit into his chestplate. He pushed back against her, both activating his armband’s melee formation as well as transforming his rifle down into its pistol form. Then he reengaged her, his single glowing blade catching her two cutlasses.

“You must got a death wish, bug boy,” the First Mate remarked with a sneer.

The First Mate scoffed as she pushed back against him, knocking his blade away and taking two quick swings. The blades carved into the Jirian’s armor, ripping the steel apart several inches deep. Then she launched herself up in a dropkick, slamming her two feet against his chest. Hosrius stumbled back and then suddenly he was falling, the edge of the roof having snuck up on him. His hand went to his armband, shooting out the grappling hook from his wrist. It slammed into the edge of the warehouse. He jerked to a sudden stop but before he could right himself, he was falling again. The First Mate had leapt down and slashed the wire as she fell, bringing the Jirian crashing down to the ground.

Hosrius hit the ground hard but rolled back and popped up to his feet, pistol at the ready along with his energy blade. The First Mate landed several yards in front of him and then, from behind the other side of the warehouse, came another woman. “I’m impressed with how you took my men out. But you’re making bad business and I just can’t stomach that,” the woman captain explained as she pulled out two guns from their holsters on her hips. A wicked grin plastered itself on her face. “Don’t worry; we’ll make this slow and fun.”

Hosrius glanced between the two women before he chuckled, his body easing slightly. “I prefer it quick.” Then he reached over and pressed a button on his wristband. A loud whirring noise rang out around the women and as they glanced around, they spotted the small blinking circles that had been placed in the area around them. In an instant, a roll of electricity sprang out from devices, bouncing around one another while also creating a field in the spot between them -- right where the women were. They gasped and screamed in agony as the volts ripped through their forms. The devices went quiet, the electricity instantly disappearing. Both First Mate and Captain stood there for a moment before collapsing to the ground, freed of their conscious thought. The Jirian sighed and glanced down at the two long scars on his chestplate. “So some of them can use their magic to enhance their natural speed. That’s good to know,” he remarked as he holstered his weapon and began pulling out some wire to bind the slavers. After all, the Rune Knights wanted them alive.