Okay, so… these few days had been very emotional for the shaman. It was still difficult to process the fact that Sorano-imouto was… actually alive. Had it not been, what, two or three years already? Already!?!

Her time spent away had made her even more socially awkward than before, but Mura minded not a single bit of that. Putting all the emotional baggage behind, having Julius and Imouto back in the guild hall made him genuinely… hopeful, y’know. Old friends thought dead, lost to time, returning without even a warning… maybe one day, even she would find her way back to the gate…

Mura couldn’t deny that the time spent without her was vast, and thus a lot had changed. The guild hall was renovated back to its original, more flamboyant version, and so many new mages had joined the guild since. And he had even gotten married, officially… damn.

He had little time to relax, physically or mentally. However, today was going to be a day to do such, following the beach party being held in Hargeon’s beach near their ports and docks. It was quite lively for a beach party, hosting several tents with amusements and challenges, but given the group having formed around him, an amusement involving their size would fit for a good start into the party!

Therefore *drumrolls* volleyball seemed the optimal gam- oh, the fields were occupied by other groups at the moment… uhh, surfing it was, then! And Mura quickly grabbed the waves with his surfboard, thinking that he could just propel himself wherever he wanted by bending the waves with his Magic. However, for adrenaline value, he didn’t soar above the waters… so he had to keep his balance. Especially with his lovely wife holding onto him.

“T-This sure brings back memories! Hang on tight, everyone-!” he warned everyone behind him, both Mythica clinging to his hips and the other surfers following suit, “Let me just spice up things a bit…!” With a few circulations of his hands, Mura manifested a horizontal water cyclone to surf through, for a brief moment spotting marine animals behind the screen of flowing water… was it cheating? It was technically a contest… at this point, Mura hadn’t really realized it yet; he was too infatuated by the sport itself.

But it felt like he was losing balance… or was he?

WHEN WORDS COLLIDE
STICKS AND STONES CAN'T BEGIN TO COMPARE

To be quite honest, Sorano had not expected such an event to coincide with her return. Honestly though, the girl should have expected it - Fiore was a wild and unpredictable place, and the people were always ready for a party no matter what. With the weather being so bright and sunny, and the beach stretching out as far as she could see, filled with cheerful mages playing all manner of games, this truly was one hell of a party indeed, too. Sorano glanced about awkwardly, feeling awfully out of place amongst all the cheer and hubbub. Wrapped in a towel with a sleek new bathing suit she'd purchased from a nearby store on underneath, the mage was certainly out of her element.

Having been reunited with Mura and Julius, she could see that they were accompanied by some less familiar faces as well. Who they were, she would surely find out soon, but for now it was yet another set of unknown elements to factor into an already rather bewildering situation. Well - being guild master of Fairy Tail those couple of years hadn't been for nothing - Sorano Granon could handle a bit of chaos, and she would get through this just as surely as she had all those disasters in the past.

Mura seemed to be content to lead their little party, so she looked up towards her older brother figure to see what part of the festivities they were to partake in first. Taking a brief pause to survey their options, he perked up at the sight of the waves lapping up against the sandy shore before rushing over and snatching up a surfboard. With his girlfriend? Fiancee? Wife? (Sorano hadn't figured it out or really come to accept it fully yet either, but that could come later) clinging tightly to his back, the older mage launched himself into the water without a second thought, leaving the rest of them to go rushing after his back.

Sorano could only suck in a breath, grabbing a board herself before preparing herself to enter the waves as well. She certainly had no surfing experience, so she could only hope to either cheat a bit with her energy magic, or at least try not to drown in her attempt.

"Alright then, here goes nothing..."
YOU'LL WISH YOUR BONES WERE BROKEN ( WHEN WORDS COLLIDE )
written for
Y'ALL NERDS
385/2000 words || uwuwu
PHARAOH LEAP CREATES

The member 'ivyleaf33' has done the following action : Dice Rolls

The past few months had been a roller coaster for Julius', first he returned to the guild that started his journey to be a wizard, after that he had an emotional road to return a relic that belonged to a dear friend and former guildmaster of Fairy Tail and to top it al off said person was casually drinking coffee in Magnolia town. Julius had developed this bad habit of not showing his emotional side to much but with everything that had happened it weighted heavily and needed some time of respite, so when Mura asked if Julius wanted to join him, his new wife, Sorano and another member he hadn't met yet to the beach Julius saw it as the perfect opportunity to relax a bit. The weather was perfect beach weather, sunny, no clouds to see and a heat that makes you desperate for a dip in the water. It was weather Julius had accustomed to due to his travels on the sea. The group had made their way to a beach near the port town of Hargeon, Julius had heard that Hargeon had a beach but never bothered to take a trip to it. In stead of wearing his usual garments Julius wore flip flops, light blue swim trunks, a plain white t-shirt. a pair of black aviator sunglasses resting in his hair and a tote bag that carried a towel and some other things.

Julius took a deep sniff. Ahhhh the scent of salty sea water and sand, been a while being this close to the sea. Squable took a sniff as well but started to sneeze. Darn it sand in my noose! *ACHOO* Julius shrugged while Squable was sneezing up a storm. *sigh* ah well I'm just glad to have some time off. Julius looked around the beach and it was fairly populated with people which wasn't an odd thing with the weather being good. It looked like it was some sort of beach party since the beach had been populated with tents and amusements. I get the feeling today is going to be a good day!

Julius looked for a spot to lay out his beach towel, Squable had gotten of Julius' shoulder and stood on Julius' bag. So! What are you guys going to do first? Julius looked around and noticed the group had gathered to do a surfing contest. A surfing contest eh? Hehe this is going to be good! Julius said as he stood up while wringing his hands. Watch my stuff will ya? Julius said to Squable while he took off to the rest, he threw his shirt on top of Squable. Julius wait! Darn it...

Running towards the sea an attendant tried to hand Julius a surfboard to which Julius declined. I won't be needing that, thank you very much. The attendant looked puzzled as just used his magic to surf on the water. Julius noticed that Mura was standing on a board with his wife and Sorano was sitting on her board, he then saw a huge wave starting to make it's towards the beach. Julius smirked and surfed his way towards the wave. Julius surfed the wave like he was dancing, elegantly standing on one leg and twirling around as if the water was solid ground, to top things of Julius launched himself in the air and performed a couple of spins and elegantly landed back on the water and made his way to the shore. And that's that on that! Julius said while snapping his fingers.

Despite her multitude of unique experiences, this one was definitely a first for the chronomancer. Mythica had never given the sport of surfing much thought before, her attention normally more focused on what sort of monsters she could create beneath the waves. However, she was more than willing to make an exception for this occasion and try it out when it came to spending time with Mura. He was after all, the love of her life. If he wanted something Mythica had a very hard time refusing him. Of course, her only regret was that the two of them weren't alone, though it was a small price to pay. A few members of Mura's guild had joined them today, and Mythica could say she knew very little about either. Sorano was certainly a name she had known from before, both for her close relationship with Mura and her former position as Guildmaster of Fairy Tail. They had even crossed paths on occasion. Mythica's face reddened slightly as she thought back to that eventful Christmas on the roof of the Kardia Cathedral. As for Julius, well he seemed to be an unknown to Mythica, at least for the moment. After all, Mura knew an entire guild of people Mythica had mostly never met.

Mythica gripped Mura's waist tightly as the duo shredded the waves, Mura demonstrating his magical skill and prowess by influencing the water around them! "I wasn't aware you had these kinds of moves, Mura!" She laughed above the sound of rushing water and air. Before long though Mythica leaned in closer right into his ear. "You'll have to show me them again later." She said in a much more seductive tone. Of course whatever reaction that caused Mura also seemed to cause their balance to tilt! Not really paying attention before Mythica slipped right off the back of the board and into the rushing torrent below with a smile on her face! The time mage spat out some water as her head resurfaced and she looked around to spot any sign of her husband.

"Maybe your friend should give you some lessons." Mythica laughed, watching Julius effortlessly stride across the water. Not very surprising anymore, given that Mythica could tell his magic had some water influence as well. 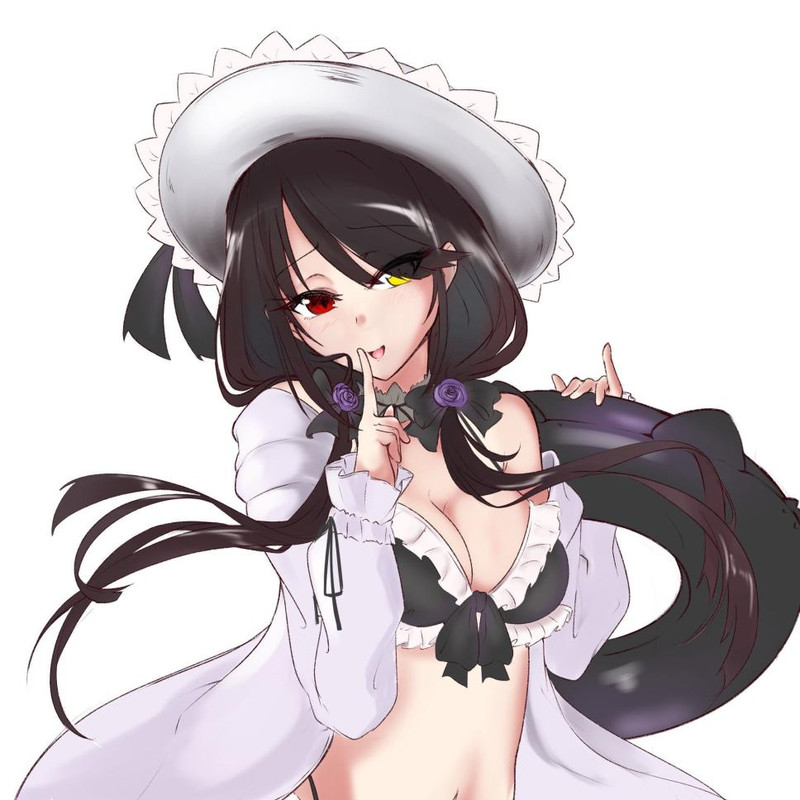